The history of Coach in five iconic designs

To celebrate the 75th anniversary of American fashion house Coach, we look back at five iconic designs 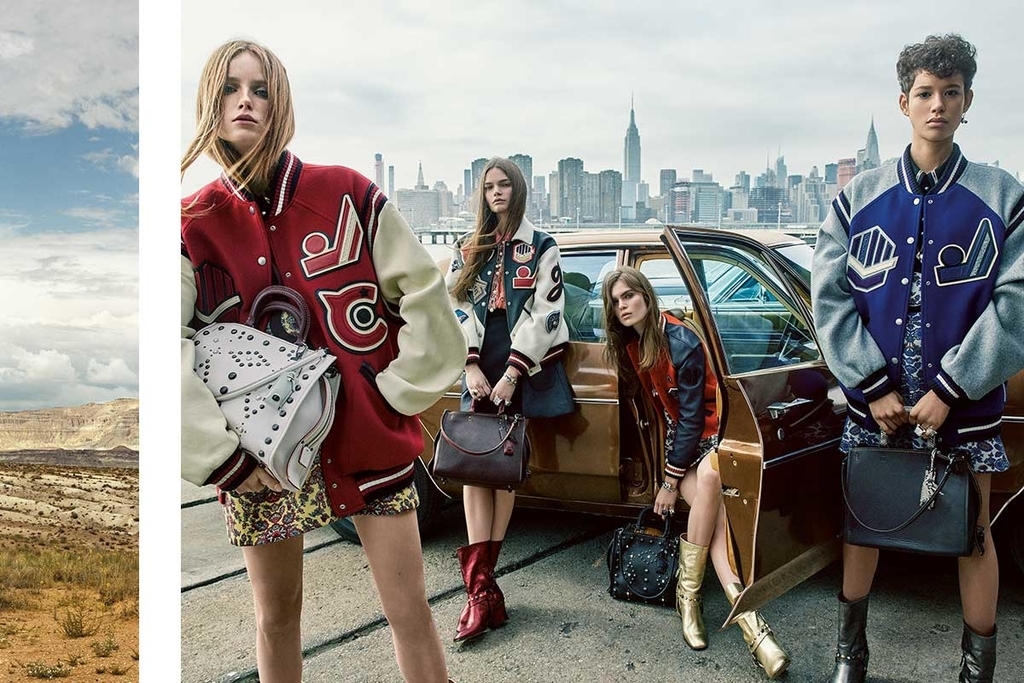 The history of Coach in five iconic designs
France has Hermès, Italy has Gucci, Britain has Burberry and America has Coach. It's one of those brands that has quietly shaped sartorial history. Decades before the likes of Ralph Lauren, Kate Spade or Michael Kors, Coach pioneered the concept of everyday luxury and American craftsmanship.

It all began with a battered old baseball mitt back in 1941.

The smooth, soft durability of the material inspired Miles Cahn, founder of Coach, to create the glove tanned cowhide leather. And so a brand was born.

Using this new leather, which is more resilient, malleable and sumptuous than other hides, a family-led team of six artisans began subtly shifting trends in accessories. The line of men's belts and briefcases broadened to include women's bags, which broke away from the rigid, boxy contemporary style, with elegant handbags designed for real life.

From this rather inauspicious beginning making baseball gloves in a small New York workshop, a global fashion house grew. The coach and horses logo, which is now recognisable worldwide, was designed in the early 1950s to reinforce the ethos of luxury, elegance and dignity.

In the 75 years since it was founded Coach has preserved its place as purveyor of the finest leather, along with forging a new identity in the larger luxury lifestyle market. The handbags in buttery rich glove hide leather are still de rigueur in the discerning style set, but now runway shows and ready to wear collections get just as much attention.

As their sixth season of ready-to-wear, Coach 1941, takes inspiration from the fashion house's 75-year history, we look back at five iconic designs. 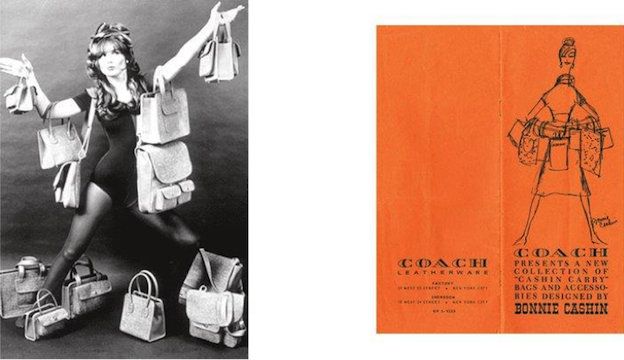 Traditional doesn't mean old-fashioned and it's fitting that in 1961 Coach was the first leather brand to hire a female creative director. Bonnie Cashin, who cut her teeth in the burgeoning sportswear design industry, took the artisan approach and infused it with a can-do confident attitude that still defines the brand today.

Her designs combined quality produce with functionality and flair. She might not have the prominence of Coco Channel and Mary Quant in the collective fashion memory, but Cashin's legacy is there every time we snap a bright bag shut. She introduced the use of hardware in high fashion and pioneered colouring techniques in leather (bye-bye plain tan). Fashion legend has it that Cashin took inspiration from the brass fittings on her convertible car when creating the Coach Turnlock that has clipped handbags closed for the last 50 years. The iconic Turnlock Tote is still one of Coach's bestselling bags.2. The Dinky Bag, 1970s 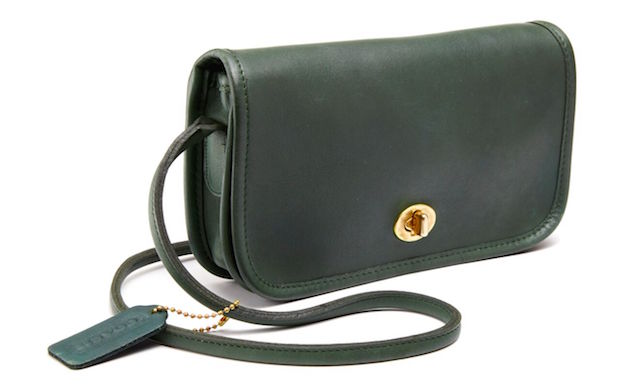 It's a truth universally acknowledged that the bigger the handbag the more unnecessary, weighty flotsam you end up lugging around. Even worse than the 'everything-but-the-kitchen-sink' bag is the 'too-tiny-for-your-iPhone' clutch bag that's supposed to streamline clutter. That's why the world fell in love with the diminutive Dinky Bag.

The "little bag that could" (and indeed still does), is big enough for the day's essentials, yet small enough to sling over a shoulder on the dance floor. Originally called the mini-clutch it played on proportions to give all the elegance of a handbag – featuring Bonnie Cashin's 1964 Turnlock – on a smaller scale, proving that the best things really can come in small packages.3. The Saddle Bag, 1980s

Another beloved Bonnie Cashin design, the 'classic pouch', now known as the Saddle Bag, became such an instant classic it was even integrated into the American Airlines uniform in the 1980s. The classic flap bag shape is minimalist enough to withstand fickle trends and become distinctively Coach. The design lives on, in near perfect replica, as part of the 2016 collection. 4. The Logo Bag, 1990s 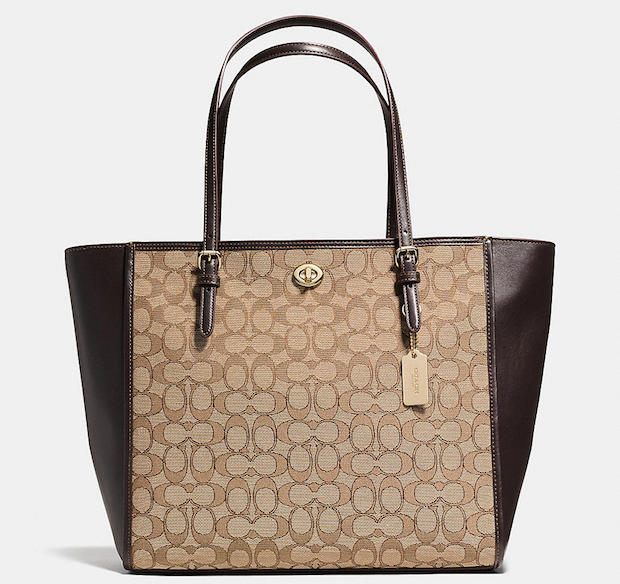 As celebrity culture exploded, Coach tapped into the 1990s appetite for logos and created the signature 'C' print that soon spawned an 'It Bag', coveted by aspiring It Girls across America and beyond. As 2016 brings a revival of logos and prints, the bag emblazoned with this bold 'C' pattern still makes a statement.5. Modern Luxury and Coach 1941, 2016 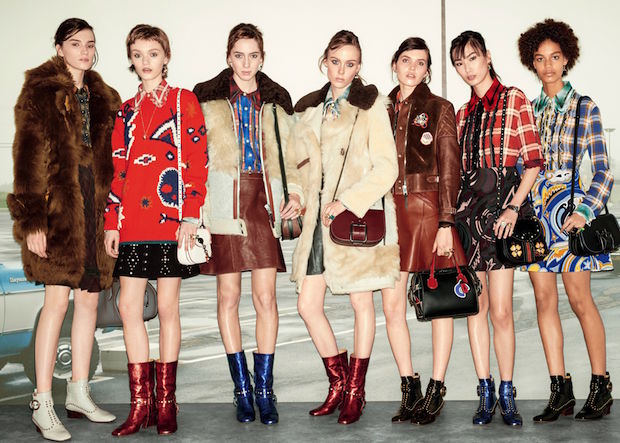 Now, with British designer Stuart Vevers as Creative Director, Coach has fully found its high fashion feet and is strutting its stuff on the runway with the launch of Coach 1941, the expanded collection of ready-to-wear and high-end bags.

As an Englishman fascinated by America – classic Westerns, John Hughes' 80s movies, Bruce Springsteen's battered biker jacket – Vevers has the combination of deep fascination and outsider's perspective to capture and calcify the heritage and history at the heart of the Coach brand.

Leather still looms large – from this season's must-have studded metallic boots to the highly in-demand Swagger Bag. As the man credited with reviving Mulberry's handbag line, Vevers has all the requisite leather expertise to continue the leather legacy. 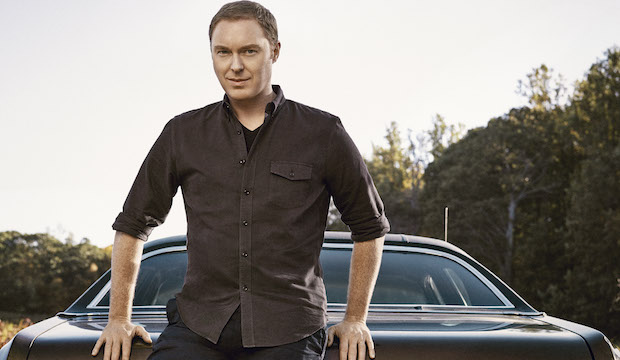