As she prepares to bring her new show, Apariencias, to London, Eva Yerbabuena talks to Culture Whisper about modern-day flamenco and her quest for new forms of expression 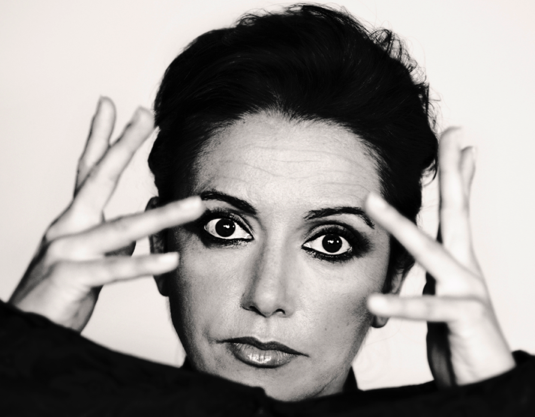 Eva Yerbabuena Apariencias photo Rúben Martín
Eva Yerbabuena is a flamenco dancer. Simple as it is, that statement hides a myriad of complexities. For modern-day flamenco as she interprets it is anything but simple.

“There are those who see flamenco as a pure, very conservative tradition; but for me it’s not so.”

We spoke via Skype London to Spain where Yerbabuena lives, though her huge international acclaim and hunger for fresh collaborations mean that she tours a lot and is a regular presence at Sadler’s Wells annual Flamenco Festival.

This is a dancer who has collaborated with ballet star Mikhail Baryshnikov, as well as with the highly individual German dance-maker Pina Bausch. She’s been one of the Flamenco Women in Mike Figgis' 1997 documentary of the same name… to mention just a few of her forays outside the strict limits of traditional flamenco dancing.

Clearly, then, for Eva Yerbabuena, flamenco goes well beyond the polka-dot flounces and castanets that so enthuse the masses of tourists flocking to Southern Spain.

Speaking with a passion that not even the mediation of a Skype screen can mask, Yerbabuena explains: “Flamenco is one of the most impure traditions. It contains an impressive mix of cultures; and is therefore a very enigmatic, magical art form, which has been able to encompass the huge diversity of Spain, and in particular Andalucia.”

That means flamenco is also highly individual: “each person feels, understands, interprets and shares it in a different way.” 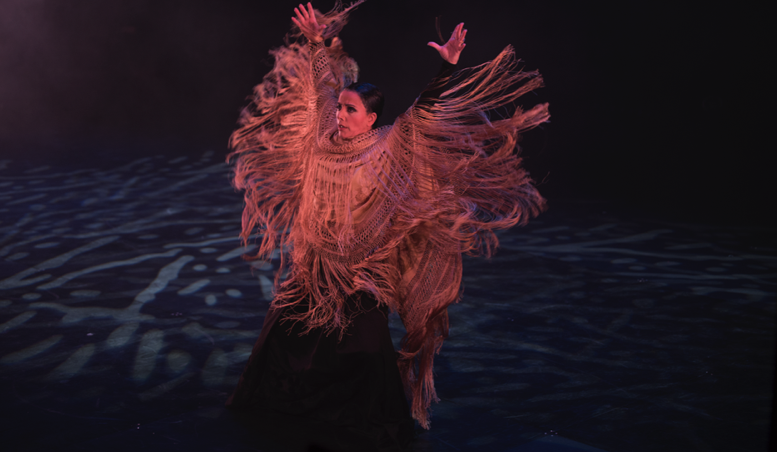 Now in her mid-40s, she sees herself as part of a generation engaged in a quest to expand both the technical side of flamenco, and more particularly its hitherto unexplored connections with other art forms and cultures. She says sometimes when she’s watching a play or an opera she asks herself whether a certain element of it might be germane to her own art.

“We want to go beyond [imposed restrictions of] where flamenco has a place and where it hasn’t one, where we have to [limit ourselves and] keep asking, ‘if I want to work, then what kind of performance am I obliged to put on?’”

“The voice is the mother of flamenco; it’s [humanity’s] first natural instrument, a primordial instrument. Then comes the guitar, which I think has evolved a lot; and the man most responsible for that evolution was Paco de Lucia.”

One of Spain’s most revered guitarists, Paco de Lucia [1947-2014] was one of the first flamenco musicians to cross over into other musical genres, such as classical and jazz.

“In matters of rhythm and feeling, he led us onto a much higher plane, which nevertheless does not stop being flamenco! I am a flamenco dancer, I wouldn't know how to be anything else; but I try to make use of everything I consider to be part of flamenco.”

You wouldn’t be surprised to learn that Eva Yerbabuena’s husband, Paco Jarana, is a flamenco guitarist. He is also the musical director of the company they established together in 1998 - Eva Yerbabuena Ballet Flamenco.

Together with four dancers and a remarkable ensemble of musicians they are bringing Apariencias (Appearances) to Sadler's Wells. However, a key element of that show, “where nothing is what it appears,” is the African singer, Alana Sinkey. How come?

“Many years ago I heard an expression that caused a deep impression in me. I was in my dressing-room putting my make up on [prior to a performance] and I think [the writer] Antonio Gala was speaking at that time, and he said ‘all of us were once black.’ I think that’s the origin of everything.

“For me the music and dance of Africa is so rooted in the earth (…) it has a strength which is more powerful than anything I can reach through technique alone. I am passionate about it; I feel a connection, it’s a very personal sense that I wanted to develop.

“I needed that voice. In a show that deals with appearances, with so many of the things that affect us as human beings, I felt it was indispensable to have an image and a voice such as Alana’s.”

Apariencias doesn’t necessarily have a coherent narrative; as a Spanish critic put it, “it’s an impressionist amalgam,” a series of reflections on themes Yerbabuena is passionate about, most of all image.

“When we see somebody, the first thing we say is, ‘oh, that’s a very flamenco head of hair!’ Hair is a key symbol, and you can’t consider something flamenco unless the hair is right. So I felt the need to break with that concept and that’s what I do at the beginning of this show.” 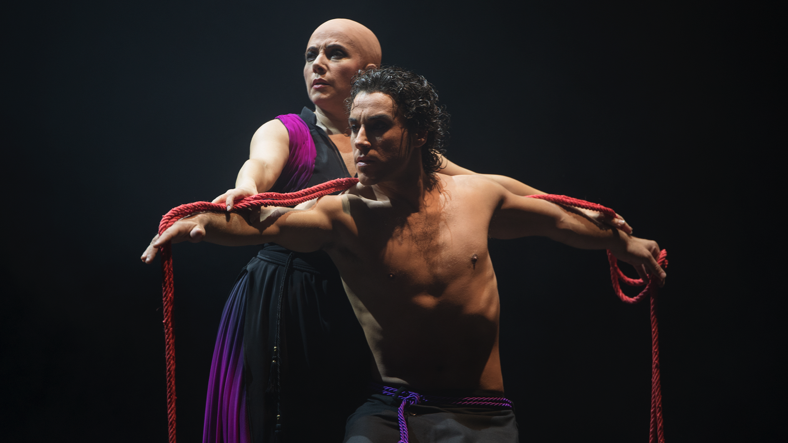 Her show contains “more questions than answers.” Does she worry that a foreign audience may not understand some of the symbols and images she brings into it?

Some of the audience will “understand,” some will simply “feel” - but one thing we can be sure of: it’s unlikely anybody will walk out of Sadler’s Wells feeling untouched by Apariencias and the sheer passion and artistry of Eva Yerbabuena.