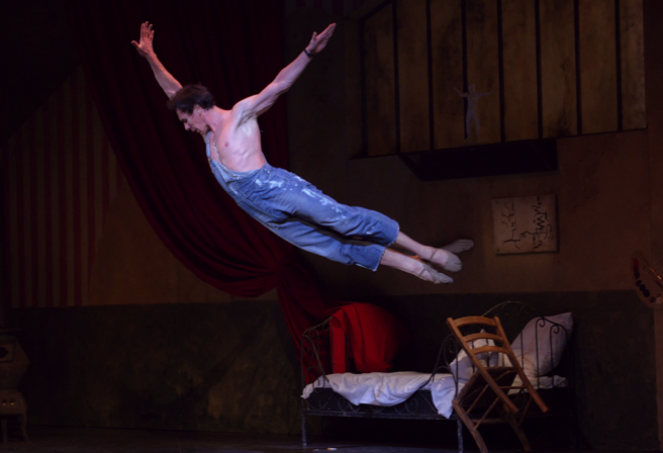 Its programme for the 2017/18 season is an audacious combination of established crowd pleasers and a couple of enthralling new acquisitions.

The new acquisitions first: Kenneth Macmillan’s masterpiece, Song of Earth, is choreographed on Mahler’s haunting song cycle, Das Lied von der Erde, and provides a tour the force for its three central figures, the Man, the Woman and the Messenger.

Mahler sought inspiration in old Chinese poems to create a moving exploration of life, death and renewal, on which Macmillan built when developing his choreography.

Up until now, Song of the Earth had been one of the glories of The Royal Ballet's repertoire. Considered by many principal dancers as one of the highlights of their careers,Tamara Rojo danced the Woman while still a Principal with that company. The acquisition of this work for ENB on this, the 25th anniversary of Macmillan’s death, has to be seen as a clear statement of Rojo’s intent to go head to head with the Royal in the higher reaches of British ballet. 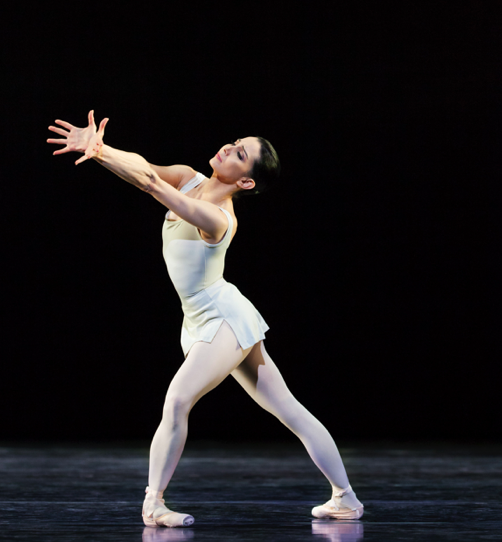 Tamara Rojo, Song of the Earth, pict c/o The Royal Ballet, Johan Persson
The other new work is in stark contrast with Song of the Earth, but no less exciting. It is one of the jewels of Denmark’s Bournonville tradition, La Sylphide. An exponent of the Romantic school, it tells the story of a wood sylph who entices a young Scotsman, James, into the forest on the eve of his wedding.

In his attempt to catch the elusive sylph, James is tricked into wrapping her in a magic scarf; this brings about her death.

The Bournonville tradition requires a very specific style of dancing, one which is fed like mother's milk to Danish dancers, but is not so easy to communicate to other companies. Acquiring this work is a huge gamble for Rojo, and it’s likely that the Danish ballet-master Frank Andersen will be brought over to teach his staging of the piece to ENB’s versatile dancers.

A double bill of Song of The Earth and La Sylphide will be at the London Coliseum 9th-13th January 2018.

La Sylphide will also be paired in another double bill with the extraordinary one act ballet, Le Jeune Homme et La Mort. Choreographed in the late 1940s by Roland Petit to a libretto by Jean Cocteau, this is one of the foremost exponents of mid-20th century French culture; but its universal appeal is indisputable: it has been consistently revived by a number of international companies, ranging from the American Ballet Theatre to St. Petersburg’s Mariinsky.

It tells the story of a young man driven to suicide by his faithless lover, and provides two highly demanding roles for its performers: high acrobatics mixed with ennui and despair for the young man, and provocative, sexy cruelty for the woman.

ENB last performed it in 2013, when it was able to call on the incomparable artistry of the Paris Opera Ballet’s Nicholas Le Riche as the Young Man. His performance with Tamara Rojo as the mistress was unforgettable, and certainly a very high point in ENB’s repertoire.

Of course, at Christmas Nutcracker is a must the world over and it falls to ENB to tour it to theatres throughout the UK. Though this idiosyncratic version by the company's former Artistic Director, Wayne Eagling, is not among Culture Whisper’s favourites, it does offer its own delights, and it’s proved popular with theatre goers of all ages.

It will be firmly installed at the London Coliseum from 13th December 2017 to 6th January 2018.

Kahn’s Giselle, which transposes the story to a setting of contemporary migrant workers and their exploitative factory-owner bosses, has fairly divided the critics, with some proclaiming it an instant classic, others finding fault with the choreographer's story-telling. On first showing, Culture Whisper placed itself firmly among the former.

Why not go see for yourself?

ENB, whose primarily mission is as a touring company, is going from strength to strength. Its forthcoming season will bring top-class ballet to many British cities, from Liverpool to Manchester and Bristol; but the capital's balletomanes have come to look forward to ENB’s London season, now split between Sadler’s Wells, where it’s become an Associate, and its old stamping ground of the Coliseum.