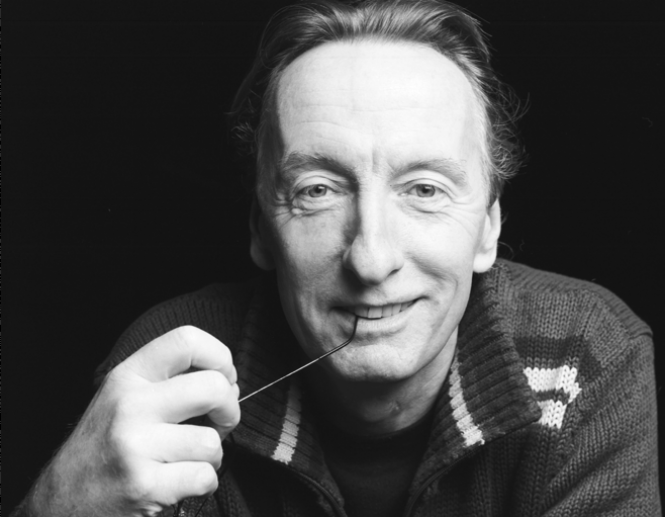 Dominque Mercy photo Bettina Stöß
In one way or another, the late great German choreographer Pina Bausch will be an almost constant presence on London stages for the first three months of 2017.

Early in February her own company, Tanztheater Wuppertal, returns to Sadler’s Wells with one of her most engaging creations, Masurca Fogo.

In March, English National Ballet become only the second company in the world to be granted permission to perform Pina Bausch’s extraordinary reading of Stravinsky’s Rite of Spring.

So, for the first three months of the year London will intermittently be home to Dominique Mercy, veteran performer with Tanztheater Wuppertal Pina Bausch and for a while co-director of the company, following Bausch’s untimely death in 2009.

There are no airs and graces about Mercy. He is a quiet, unassuming man now in his sixties, with a glorious sense of humour, an obvious passion for theatre in all its manifestations, and an endless curiosity about where it may lead.

French by birth, Dominique Mercy has been with Tanztheater Wuppertal in Germany for the best part of his dancing career, and his soft voice comes with an untraceable mixture of accents. As a key performer of Bausch’s expressionist style, he gestures a lot, hands complementing and illustrating words.

He had a key role in many of Pina Bausch’s works - including Masurca Fogo. 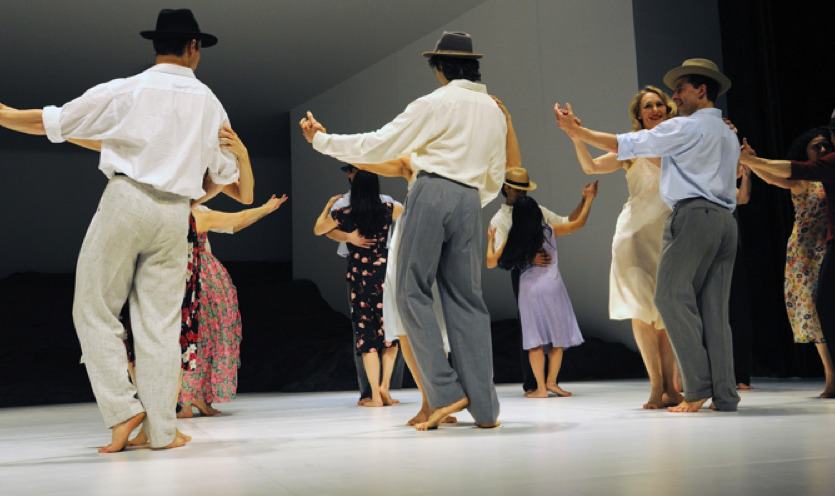 Masurca Fogo is special for Dominique Mercy: it earned him a New York Dance and Performance Award, a Bessie, in 2002. Prompted to tell us more about it, he laughs that he really didn’t expect it.

“I suddenly heard that I had this award, specifically for the second dance, the second solo I had in the piece, which is a solo I like very much.”

Inspired by the sunshine and cultural mixture of the Portuguese capital, Lisbon, a melting pot of South European, African and Brazilian influences resulting from the country's colonial past, Masurca Fogo has been described as one of Pina Bausch’s sunnier, more light-hearted creations. Does Dominique Mercy agree?

“When we started a piece it was always a blank paper; the only difference when we were creating pieces related to a residency or a co-production, is that the running theme was always the place where we were invited and this influenced also the whole creative process. But Pina never talked officially of making a lighter piece or colourful piece - it just happened.

“Pina said quite regularly that when we think of pieces as really light and cheerful and colourful it’s sometimes because they were the the most difficult moments for her or when she felt the trouble we are surrounded by, as we are at the moment. So I think it’s worth to have a second look and to be open enough when you look at this piece to sense and discover the undercurrents.”

It is, sadly, one of the solos that Mercy no longer dances. He admits to sadness at having to let go - “there was a moment when I felt, OK, this piece, it’s time to retire it” - but is excited at what a new dancer can bring to it.

“Being another person you bring something from you, it happens automatically. It’s like when you first have a new jacket or new clothes; either it fits right away and it’s wonderful, but sometimes you need a few days or weeks before you feel confident - that’s what happens when you get a new role to dance, I think.” 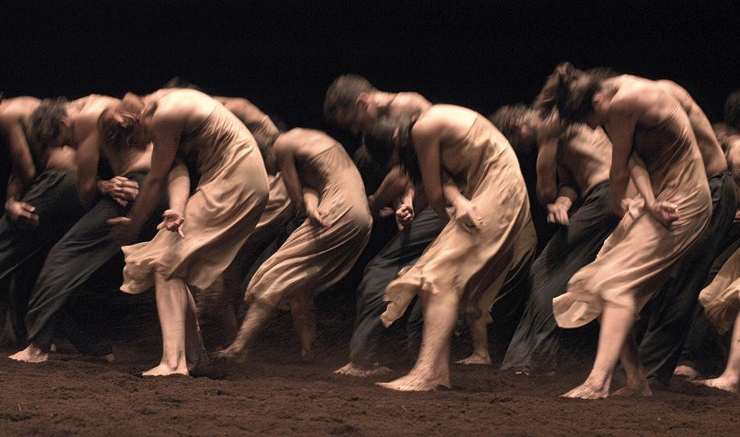 The Rite of Spring, Stravinsky’s graphic portrayal of the eruption of Spring in his native Russia and the violent pagan rituals that went with it, has proved irresistible to many choreographers in the century since its 1913 première caused a near riot at the Paris Opera.

For many in the dance world, though, Pina Bausch’s reading of it, danced on a stage covered in soil, is THE definitive version. Does it feel like that to Dominique Mercy?

“I think for anyone of us it’s always difficult to say, because it’s a real experience when you sit out there looking at it, but it is a real experience when you dance it - I tell you! It’s really telluric and so strong, so emotional! and also the fact that it happens on earth with this physicality, it’s quite amazing because we’re all there and have this increasing energy… So for me as a dancer I think it was the strongest.”

Pina Bausch’s dancers were, of course, perfect vehicles for her work; does Dominique Mercy worry that ENB dancers coming to Bausch’s Rite of Spring cold, as it were, will be able to transmit what the choreographer intended?

“I think it’s a beautiful thing to share the work, I mean, of course, you will always have people saying, ‘yeah, but it’s not the same, it was better like this, or when Pina was there'.

“I’m very sceptical with this sort of judgement because, of course, for me there is one crucial difference: any company in the world you work with, it will be different because we are different.

When you have to do performances of Nutcracker or Giselle or Swan Lake, like ENB do, you have another capacity, another endurance; so, of course, you go through Sacre [Rite] in a different way than we do. This makes a difference. But this apart, I think it’s beautiful to have the possibility to see such good companies to do Sacre in their own way. It's the same piece by I think they have their own way to do it.”

Mercy’s curiosity and interest in all forms of performance spurred him to try to find out more about Gandini Juggling, when he saw them at the Paris Quartiers d’Été arts festival last summer.

He went to the show, liked what he saw and decided to come to London to give them benefit of his vast experience.

And that defines the man: he may not dance much anymore, but he remains a theatre man through and through; generous to fault, open to new ideas - in short, a great artist.