A Turkish Virgin Suicides? Director of 'Mustang' on her Oscar-winning debut

Mustang deservedly picked up an Oscar nomination for Best Foreign Language Film last year. We talked to the director about her powerful story of sisterhood 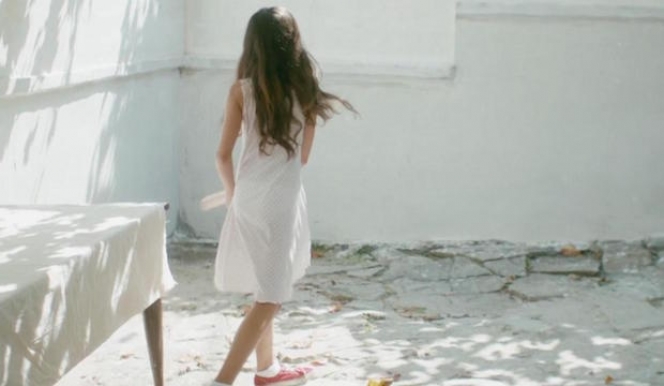 Mustang film still
Feature debuts don’t get much more accomplished than Deniz Gamze Ergüven’s Mustang. The story of five teenage girls trapped in a cruelly conservative household on the Turkish coast, it’s an evocation of sisterhood that’s both tough and lyrical.

In the run-up to the film’s UK release, comparisons to The Virgin Suicides have come thick-and-fast. As we see it, these are pretty superficial. Still, we couldn’t help but ask. Does Deniz see the similarities? The answer: ‘No, it’s very different: the mood, the theme. Virgin Suicides is set twenty years after; a vanishing memory of girls seen from a distance.’

Mustang, she suggests, is ‘something like a prison escape movie.’ It all begins rosily, with five sisters playing by the beach. But when a prudish neighbour takes exception, the quintet find themselves grounded for the summer, made to don puritanical garb as they wait to be married off by their cruel uncle. So, understandably, the sisters hatch plans for their escape. Their on-screen chemistry is remarkable; this is, as Deniz puts it, a ‘group of five girls which is really one hydra with five heads.’

As the subject of a debut feature, adolescence makes a lot of sense, but what drew Deniz to the material? ‘Actually,’ she explains, ‘it was my second project. I had a first project which I didn’t manage to get into production…even a couple of years before writing the script, I was curious about what it is to be a woman, what it is to be a woman in Turkey, and I was starting to articulate something around that vague idea. The questions I was asking, the books I was reading; everything was going in that direction.’ 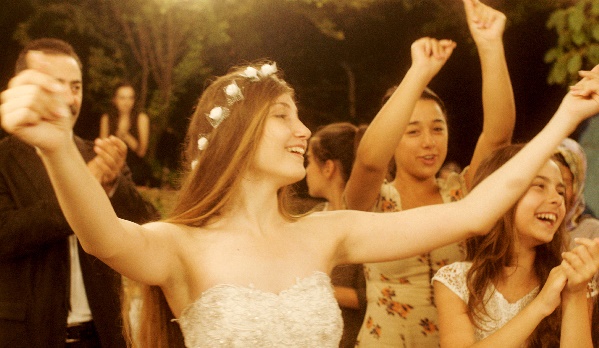 We were curious to know more about how the film was received in Turkey, the country where Deniz was born, and where she lived before her family moved to France. ‘There were two sets of discussions. From the beginning onwards, it was like ‘I love it’ or ‘I hate it.’ The country is extremely polarised right now. So the reactions felt very emotional without being super-articulate, even from people who said ‘I love it.’

‘Then,’ she continues, ‘as time passed, people were increasingly articulating their points of view, and it was very close to the content of the conflict inside the film. With the scene where they’re playing in the sheets, people would say ‘I can’t stand seeing these girls in front of a camera, in their bathing suits, wriggling like that, it makes me sick to my stomach.’ And the response would be, ‘yeah, they’re twelve and thirteen in that scene…if you looked at them like they were kids you wouldn’t think things like that.

Click here to read our Mustang review
‘So there’s that, and there’s a second set of discussions.’ These, Deniz explains, centre on the representation of Turkey as a country. She talks about the legacy of Midnight Express, ‘an awful representation. It’s about jail, and the Turks that you see are jail guards and they’re all libidinous rapists; sweaty, awful guys. And for decades when you’d say ‘I’m Turkish’, someone would say ‘oh, I’ve seen Midnight Express?’ and it felt like a truck of bird shit was falling on your head.

'So Turks are extremely susceptible to how you represent the country and I guess they would be more eager for a film like Roman Vacation where you show the country as a postcard…There’s also a set of discussions as if I had shown family secrets, a nasty uncle. But it’s like, OK, that uncle is not Turkish, he’s human. That’s the story.’

What next, we ask; after nearly three years with them, are these characters still in her head? ‘Well, I always have a female character who’s close to who Lale is; she’s my heroic alter ego, or something like that. There are things that are always there; a mixture of the tragic, dramatic, and comedic, something lighter in the tone.’ In any case, we’re fascinated to see her next move.

Mustang is in UK cinemas from May 13