As No Man's Land comes to the West End, actor Damien Molony tells us about playing Pinter alongside Patrick Stewart and Ian McKellen 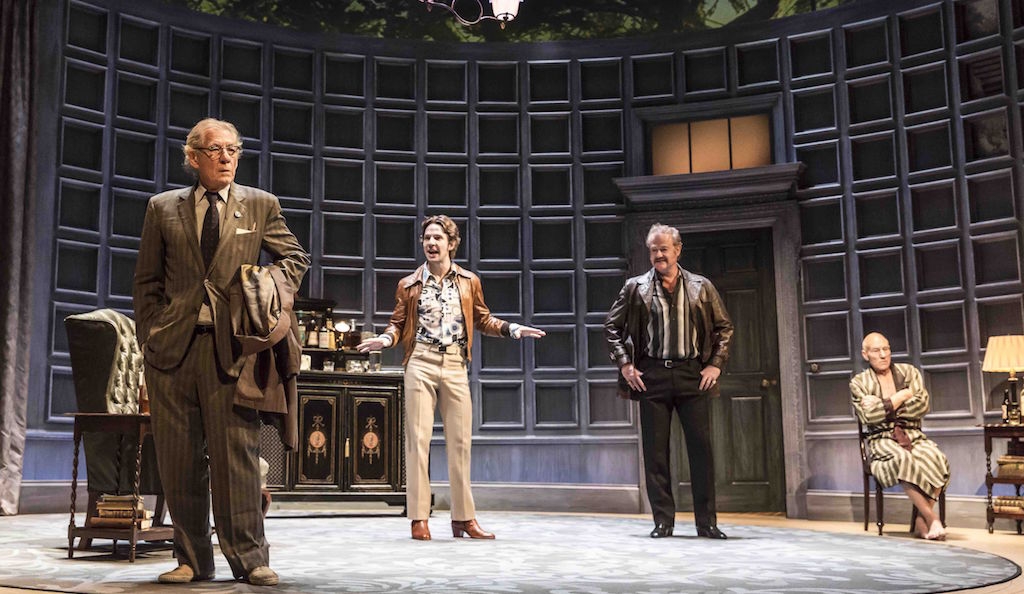 Ian McKellen as Spooner, Damien Molony as Foster, Owen Teale as Briggs, Patrick Stewart as Hirst in No Man's Land. Photo by Johan Persson
‘Masterpiece’ and ‘great honour’ are typically terms to take with a pinch of salt – but when they are used by an actor playing Pinter alongside Sirs Ian McKellen and Patrick Stewart, such accolades may just be justified.

Damien Molony is no stranger to honour and masterful modern drama: last year he worked with Sir Tom Stoppard to star in the The Hard Problem, he’s shared the National Theatre stage with Antony Sher and he’s a familiar face from TV shows Being Human, Ripper Street and Suspects. If you don't recognise his dark hair and impish features, the melodic Irish accent may ring a bell.

But his latest role in the revival of No Man’s Land brings plenty of firsts: first time playing Pinter and first time on the West End.

‘It is a challenge but it’s a thrilling one.’ He tells us in a lilting Irish accent. ‘I hadn’t seen a huge amount of Pinter before starting on the job.’

Cue an intense learning process over four weeks’ rehearsal. But all the studying, reading and considering language and pauses doesn't prepare for the experience of performing live:

‘When you get onstage, the audience becomes another character and that adds to the rhythm…the more and more we perform the play night after night the more I realise that it’s a masterpiece.’

No Man’s Land premiered at the National Theatre in 1975 before transferring to Wyndham’s Theatre. Now over forty years later the play returns to the very same West End theatre.

The play is characteristic Pinter – with a fraught relationship between four men, psychological tension, overarching inaction and strains of absurdism.

‘I play Foster, the younger housekeeper of Hirst (who is played by Patrick Stewart),’ Molony tells us. ‘The character is a little bit of a playboy, he thinks very highly of himself, and also of Hirst. He has this very cherished position in Hirst’s household, very comfortable.’

But, in a distinctively Pinteresque motif, such comfort is disrupted by an intruder.

‘Suddenly Ian McKellen’s character Spooner comes in… and my character Foster sees him as a direct threat to his position in the household, but it’s not as easy as simply kicking Spooner out because we don’t know if Spooner might be a great friend of Hirst’s, or a long-lost relative.’

Working with two such esteemed actors – beloved by Lord the Rings and Star Trek fans and theatre buffs in equal measure – is the kind of opportunity most actors only dream of.

‘It’s more fun and more inspiring that I could possibly have imagined,’ Molony tells us. ‘I’m constantly learning from their tireless energy, commitment to their characters and their enthusiasm for rediscovering the play night after night.’

After touring Sheffield, Newcastle, Brighton and Cardiff before finally opening in London this weekend, the cast has had plenty of bonding time.

‘We’re all very good mates, which means it’s a joy to perform night after night, especially when the play really is about four characters who can’t stand each other...’

He tells us how nerves are standard (‘I would feel very odd if I wasn’t nervous. I would think that something’s wrong.’) but that’s the precise appeal of stage acting, that moment just before coming on stage, that’s full of possibility

‘Anything can happen once that door’s opened… that’s why you come back night after night. It’s so thrilling, so lovely to first make eye contact with Ian and Patrick when I come on stage, it’s a real pinch myself moment every night.’ 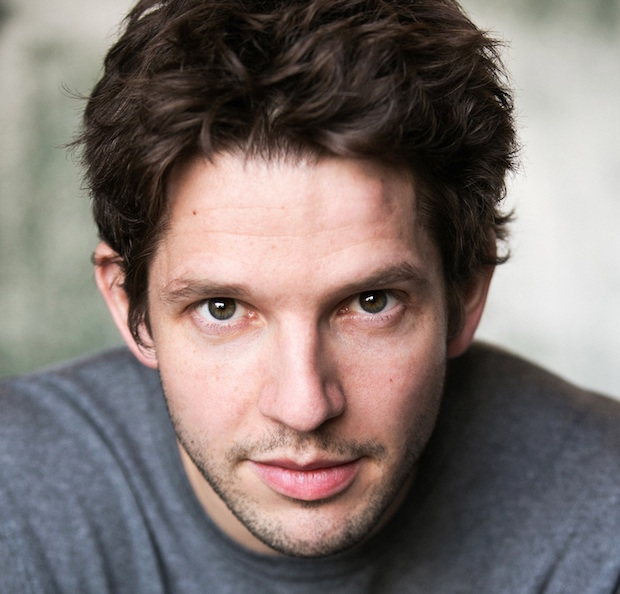 Of course taking on such a ‘masterpiece’ comes with the weight of expectation. Among those with fresh, fond memories of the original production is Patrick Stewart, who saw it three times in one week back in 1975. Does it add to the pressure for the cast reviving the play?

‘With a revival like this I really had an onus to be as respectful to Pinter’s tensions as possible. That’s the only onus that I feel,' Malony tells us.

Last time he was on stage, in 2015 for the National Theatre’s The Hard Problem, Molony has the added presence of the playwright, the mighty Tom Stoppard, there to give feedback on intentions and intonations.

‘What was so lovely about The Hard Problem was that you have Tom in the rehearsal room all the time and you can bounce ideas off him and ask him: what did you mean by this, what does this mean, how does this pause relate to the pause on page 4, etc’

As Pinter died in 2008, there’s no picking his brains, plus there’s a fair number of audience members who not only know the play, but remember the No Man’s Land premiere.

Molony is undaunted: ‘I would love Pinter to come to the opening and be proud of what we have achieved’. It's clear as he tells us more about the project and the reactions from audiences so far in the tour that Molony himself is proud of the production – and excited to bring in to the West End.

As an actor whose career switches fluidly between screen and stage, he enjoys the different challenges of each medium. Since last year’s stint at the National Theatre he’s been filming for TV series Suspects, an improvised crime drama. ‘It couldn’t be more different to the language and the skill and technique required for playing Pinter,’ he says, explaining the fast paced documentary style of filming.

And when we ask about future ambitions he mentions working with movie director Stephen Spielberg and Domnar Warehouse Artistic Director Josie Rourke.

'It's always lovely as an actor to be able to constantly pull the rug from underneath you and test yourself in new and exciting ways,' he tells us and, we certainly look forward to the next test.