Culture UK, a wide-ranging partnership between the BBC and arts organisations the length and breadth of the UK, aims to bring culture to new and ever-growing audiences 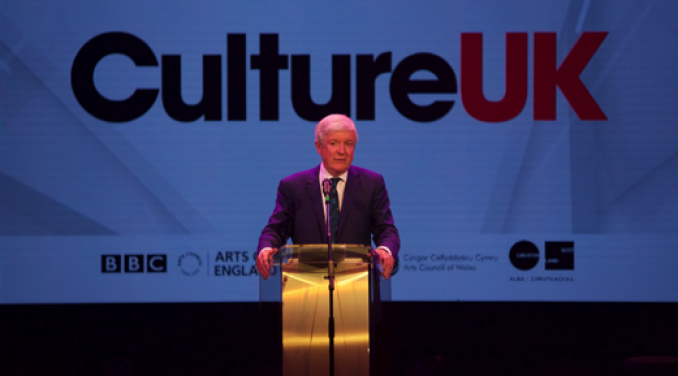 Tony Hall, BBC Director General, photo c/o BBC
Tony Hall, Director General of the BBC, was CEO of the Royal Opera House for 12 years. It was, therefore, fitting that he should be the person to launch Culture UK.

He sees culture 'one of the things that unites us and expresses our identity,' and Culture UK’s aim, he went on, was to push the UK to become 'the most culturally engaged and creative country in the world, where everybody, wherever they come from, can take part.'

Or to quote another eminent participant in Culture UK, National Theatre Artistic Director Rufus Norris, also present at the launch, 'culture is not a privilege' - it should be for everyone.

The UK is already fertile ground for the arts with all manner of projects developing in regions, cities and towns up and down the country. Culture UK hopes to build on those riches and enhance their value by providing a platform for collaboration, where, in the words of Nick Capaldi, Chief Executive of Arts Council of Wales, 'we can come together as UK nations, learning from the successes and achievements of others.'

The Arts Councils of England and Northern Ireland are also on board, as is Creative Scotland.

As well as the big beasts, a large number of smaller creative companies are involved, among them London’s Young Vic, Birmingham Rep, Galloway Forest Sanctuary Lab…. the list goes on.

As a truly national organisation, the BBC is in a good position to marshal all these disparate forces and provide a fulcrum for collaboration. It’s creating a commissioning fund for artists and arts organisations who want to create new works for broadcast and online to the tune of £4 million in its first year.

The BBC will also provide a platform to make local and regional initiatives available to the whole nation by broadcast on online. 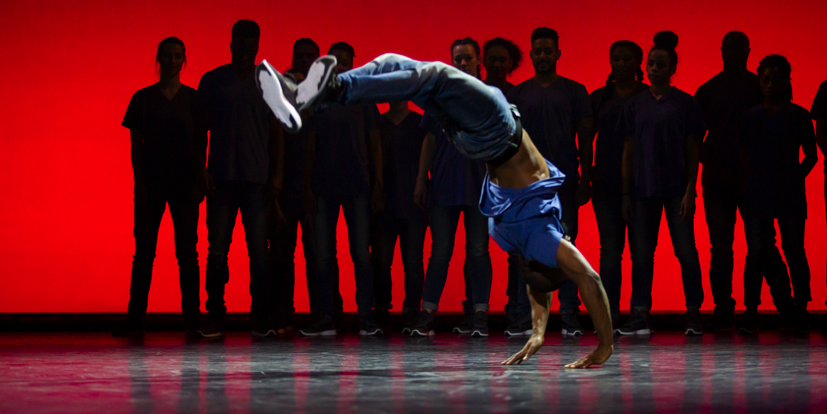 Blue Boy Entertainment, photo c/o BBC
Boyle’s film fits into The Space, one of the four headings in which Culture UK is subdivided. Also in this strand, Cheek by Jowl’s The Winter’s Tale will be streamed live in three languages from the Barbican Theatre; and Newcastle’s balletLORENT will work with poet laureate Carol Ann Duffy in the third of their trilogy of adaptations of Grimm fairytale Rumplestiltskin…

Those are just a few among a plethora of dance, theatre, music and interactive projects falling under this banner, too numerous to list in full.

Under the heading BBC Commissions comes a special TV adaptation of the National Theatre’s My Country: a Work in Progress, directed by Rufus Norris and fashioned by Carol Ann Duffy, to be shown on BBC Two. Already staged at the NT, this work is composed of the words of the ordinary people of Britain talking about how they see the nation in the aftermath of the EU referendum.

Its text brings us, in the words of Rufus Norris, 'a human music.' 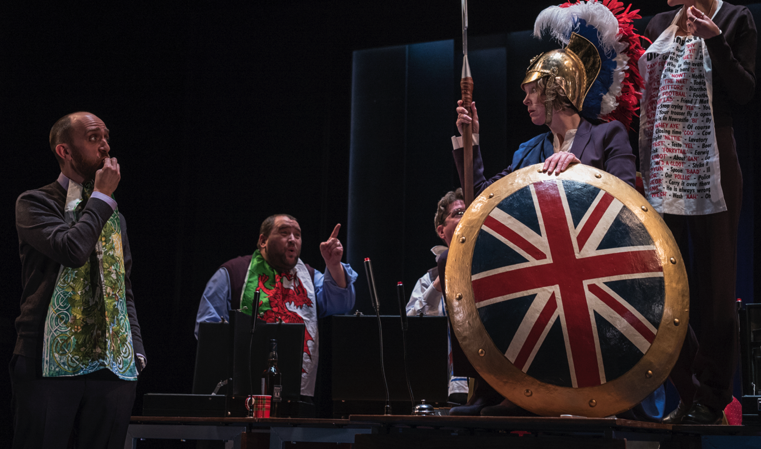 National Theatre, My Country, photo c/o BBC
As part of the same strand, choreographer Crystal Pite will introduce an exclusive screening of Betroffenheit, her and Jonathon Young’s harrowing dance-theatre mediation on the impact of an unimaginable tragedy.

With opera being one of the 2017 themes for Culture UK, BBC Arts in collaboration with the Victoria and Albert Museum and the Royal Opera House is launching an ambitious digital festival to get opera to more audiences across the UK.

Strand three is Performance Live where the BBC will showcase some of the most exciting, young and innovative artists in performance today. And here the process of making television will be open to artists, producers and arts organisations, who’ll be enabled to develop and produce their own programmes.

This strand launched last year with a show by performance poet Kate Tempest, produced by Battersea Arts Centre; and throughout the coming year aims to broadcast collaborative performances blending big names, such as choreographer Wayne McGregor, with voices from the general public and smaller companies.

The latter include I told my mum I was going on an R. E. trip, an exploration of abortion put together by award winning theatre company 20 Stories High and Contact Theatre based on verbatim interview material. 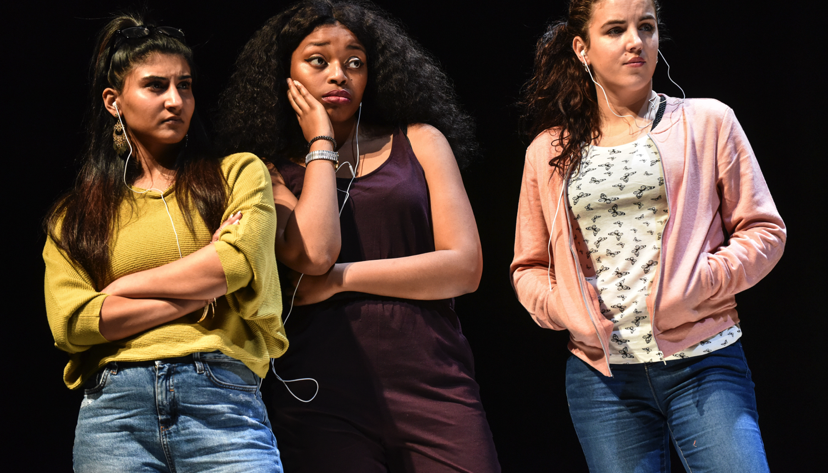 I told my mum I was going on an R.E Trip, photo c/o BBC
Under Digital Innovation, the BBC’s online platform for live events will be shared with arts and cultural organisations. Digital pioneers from the cultural sector will come together with the BBC’s Research and Development department to create new experiences in virtual reality and immersive story-telling.

One such experiment has already been developed by Scottish Ballet in collaboration with the BBC. So, take a look at the short film below – it's called The Perfect Place:

Now imagine you put on a headset; and lo and behold, the film starts happening all around you by means of 360 degree technology.

This process proved irresistible the Scottish Ballet CEO and Artistic Director, Christopher Hampson, who’s passionate about technology and how it can push the limits of his own art. Research, he said, showed that audiences were 'inherently lazy,' and a 360 degree immersive experience aimed to challenge that.

To see a viewer doing an 'unintentional pirouette,' he concluded with a mischievous smile, was a 'measure of success.'

As someone who did indeed execute such an 'unintentional pirouette' while trying to follow those dancers all around the room in my headset, I can tell you Hampson was right.

In conclusion, Culture UK will make itself present in our lives one way or the other in months and years to come, wherever in the UK we happen to live. For London residents it will offer the unmatched chance to share in the creative power of other regions of the country, at a time when, as Tony Hall put it , working together is 'more necessary and more urgent than ever.'