On the High Road - Clod Ensemble at Latitude

Performance company Clod Ensemble bring their highly physical and unique dance style to Latitude, with a special festival edit of On the High Road 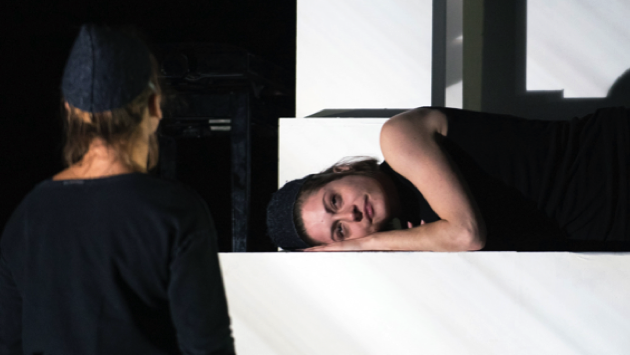 Clod Ensemble, On The High Road, performance Tiffany Desplanques, photo Hugh Glendinning
A piece exploring the themes of migration, overcrowding and tolerance, On the High Road marks Clod Ensemble’s debut at Latitude, and will be performed on the Waterfront stage (14 - 16 July). I spoke to Clod’s Creative Director, Suzy Willson, about why this piece was chosen for such a unique stage and how the company’s varied cast of dancers have been preparing for it.

TRY CULTURE WHISPER
Receive free tickets & insider tips to unlock the best of London — direct to your inbox
Clod Ensemble has been going from strength to strength for over two decades, and Wilson has directed all the company’s productions. Working in close collaboration with composer Paul Clark she has regularly created award-winning experimental performances exploring a range of themes, concepts and scales. 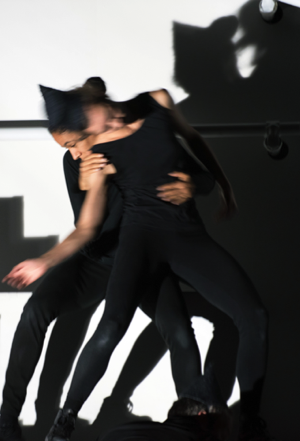 ‘This piece draws as much on theatre and visual art as it does dance - but it is performed by people with an extraordinary gift for movement. We know that Latitude is a festival that embraces a wide range of arts and is attended by people hungry for new ideas and forms - so it seems like a natural fit.’

Willson has great faith in her versatile cast, which features an array of dancers, actors and musicians too: ‘It is is a strong mix of music and movement with a brilliant cast of performers - a kind of moving painting or line drawing in a way. It should be a blast for the eyes and ears.’

The stage at Latitude may be daunting for some choreographers but not for Willson who has built a reputation for her original use of space. Although Clod’s work often utilises theatres and galleries, Willson explains that it’s how they use those spaces that makes Clod unique.

Whether doing a piece for ‘an audience of 200 in an auditorium for 1800 people at Sadler’s Wells (An Anatomie in Four Quarters), or a piece for seven singers and nine dancers in the Turbine Hall of Tate Modern (Silver Swan)’ the core of Clod’s work is how human beings relate to the spaces around them.

Visually On the High Road features striking design choices, including the use of monochrome, purposeful movement and a compelling sound score. Willson was inspired by the Chekhov play of the same name: ‘we had the idea for this piece 10 years ago when we came across the short play (On the High Road). We took his mise-en-scéne as a starting point: a group people taking refuge in an inn in the middle of a raging storm.”

In this piece of physical theatre, feelings of claustrophobia are explored with the entire cast being contained within a small on-stage structure. 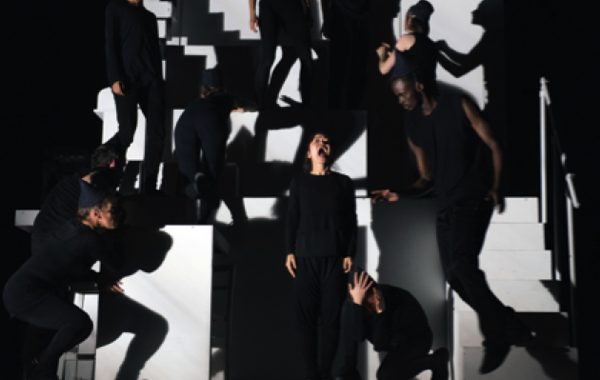 Clod Ensemble, On the High Road, photo Hugh Glendinning
‘The one thing we know is that things will have to change to accommodate them all, either gradually or suddenly, either equitably or through conflict. It’s a really simple image that provokes lots of questions,’ Willson explains.

It’s clear that this kind of thought-provoking stimulus is part of what excites her the most in the creative process. Indeed, the upcoming tour of another work - Under Glass - will be similarly challenging, featuring humans as medical specimens in test tubes, and seeking to examine how they can survive within their limits.

It was three years ago that programmers of Glastonbury Festival set a daring precedent by including English National Ballet’s Dust in the line-up and thus kick-started the recent trend for dance on larger stages. Since then, Latitude and Wilderness, among others, have regularly added dance to their festival programmes.

Willson is supportive of any developments that show dance to be more than the stereotypes depicted by mainstream media: ‘It’s fantastic that dance and movement is making its mark at festivals now. New audiences can be introduced to the huge breadth of work that finds itself under the umbrella of the term “dance.”’

Willson is also keen for choreographers not to underestimate these new audiences' ability to connect with dance. Whether seen at the theatre or at a festival, dance can be as powerful as any other art form, she believes.

‘How human beings move in relationship to each other and the environment they inhabit is endlessly fascinating. Nonverbal work can be as rich with meaning, humour, politics and ideas as any text based play,’ she says, referring to the complex themes On the High Road addresses.

If their take on dance and visual theatre can capture the imagination of the average festival goer, Clod’s mission at the Latitude festival will be an unbridled success in redefining the meaning of dance to a new audience. Then, surely, dance’s place on festival bills will be assured for years to come.

On the High Road