No you Khan't: So long & farewell to the Garden Bridge over troubled water

A paradise lost? The misguided idealism of the Garden Bridge has gone to seed at last 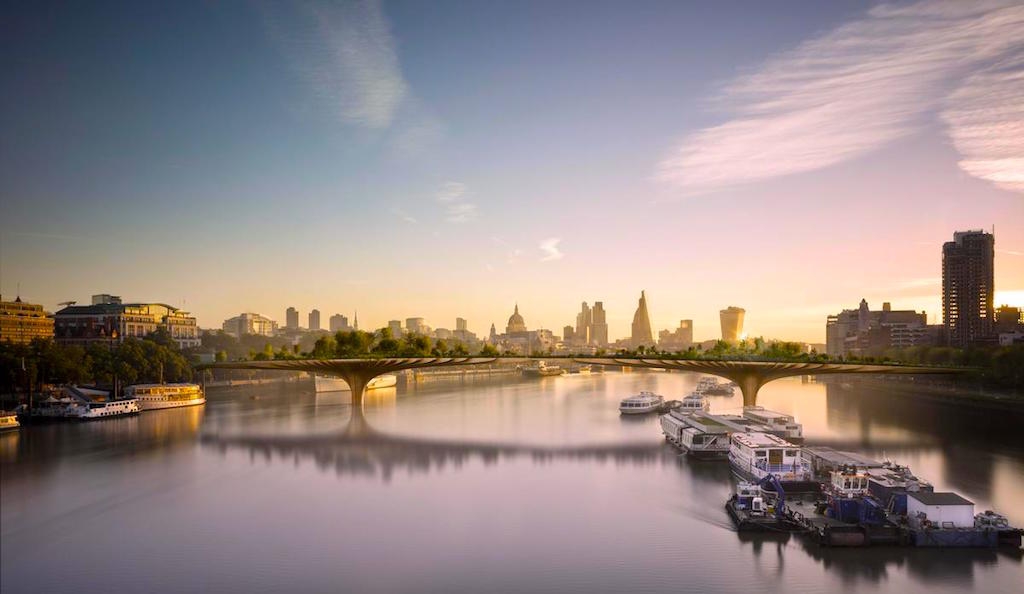 Heatherwick Studio, Garden Bridge London cancelled garden bridge scrapped
'Out of the ground the Lord God caused to grow every tree that is pleasing to the sight and good for food; the tree of life also in the midst of the garden, and the tree of the knowledge of good and evil. Now a river flowed out of Eden to water the garden'

'A tiara on the head of our fabulous city, for dreamers a quiet place to linger amongst trees and grasses.’

Two paradises. One from The Book of Genesis, the other, Joanna Lumley and Boris Johnson. The first was shaped from chaos, the second defined by it. Both, as it turns out, were doomed.

Today, the Garden Bridge Trust has announced the project's closure. We are finally bidding farewell to the controversial Garden Bridge. While London Mayor Sadiq Khan withdrew support for the project months ago, the Trust continued to engage in detailed discussions with potential benefactors. Until now.

Lord Davies of Abersoch, Chairman of the Garden Bridge Trust, has confirmed on 'this very disappointing day' that despite 'obtaining planning permission, satisfying most of our planning conditions, raising £70m of private money towards the project, we cannot proceed with what has always been conceived as a public project for all of those who live in or visit the capital, without the whole-hearted public support of the Mayor of London.'

The enormous undertaking, conceived by Thomas Heatherwick, creator of the London Olympic Cauldron and the New Routemaster bus, would have connected the bustling Southbank and its array of theatre and arts venues with the quieter Victoria Embankment. Picture, if you will, a floating forest, atop copper canopy with nearly 300 trees and a carpet of flowers. More than £37 million of public money has already been spent on the blasted thing.

It was supposed to be Boris Johnson's Edenic answer to New York’s High Line public park on Manhattan’s disused railway: 'a gift to the people of London'. As it turns out, this whole thing is yet another farce.

We haven't had much luck with our bridges lately. Let's all just stick with William Wordsworth.