New TV series arriving on our screens next month 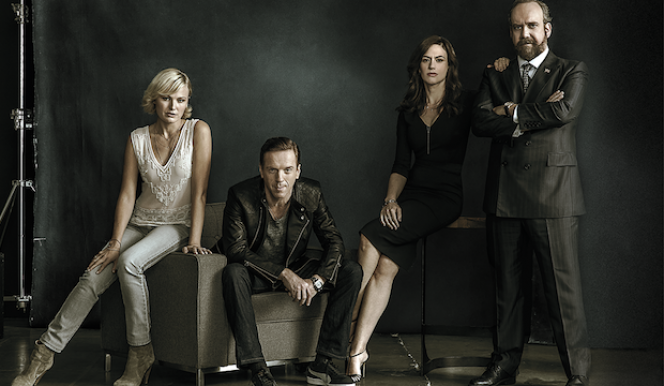 Billions, Sky Atlantic
The received wisdom about television scheduling is that the closer you get to summer, the worse things get. It’s true, but thankfully standing between us and the parched televisual wasteland looming on the horizon is the hulking bulwark of May. Blooming flowers be damned; we’ve got regicidal Shakespearean drama and Birmingham crime gangs.
The Hollow Crown Series 2: Benedict Cumberbatch, Tom Sturridge and Sophie Okonedo star in Shakespearean drama
BBC2 (begins May 7)

As the BBC’s Shakespearean vessel lays anchor once more, the big news is that Benedict Cumberbatch is playing Richard III. But this is so much more than a star vehicle; director Dominic Cook and writer Ben Power take Shakespeare’s first history tetralogy, famously unwieldly material, and condense it into three feature length instalments of throne-toppling intrigue. Tom Sturridge is particularly magnificent as Henry IV, a peace-lover facing down insurrection.

As Cillian Murphy, Helen McCrory and co. return to our screens, expect more pistol-toting, more trilby-sporting, and more sharp-suited chaos. Chances are you’re already au fait with the BBC’s hit drama but if not, then you’ve still got time to catch up before the third season gets underway. The story of an organised crime gang in post-WWI Birmingham (and later London) makes for compulsive viewing.

National treasure status is only conferred on a select few, and David Attenborough is surely among them. Nothing says Sunday evening quite like the great naturalist’s voice. He’s introduced generation after generation to the inestimable wonders of the natural world, and this year he turns 90. To celebrate his birthday, the BBC will be launching Attenborough season; among much else, they'll be screening Zoo Quest, his first major show, in full colour. Very much of its era, each episode saw Attenborough travel to a different country to capture an animal to take back to London Zoo. Yes, really.

Who better to star in France’s first Netflix original series than Gerard Depardieu, titan of the nation’s screen? Yes, recent press attention might have focused on his somewhat erratic behaviour, but there’s little doubting his acting nous. He stars as the mayor of the southern French city, embroiled in a fearsome competition with a young pretender. Early buzz surrounding the show suggests cinematic production values, further sweetening the deal.

In some ways, it’s surprising that a show like Billions has taken so long to be made. With Wolf of Wall Street and The Big Short proving that financial malpractice can be immensely watchable, this Showtime series feels long overdue. Wolf Hall and Homeland star Damian Lewis plays a rogue hedge fund manager, and Paul Giamatti the US attorney trying to bring him to justice.