The best albums of 2016 so far: five of our favourites

Is it too soon to choose an album of the year? 2016 has already given us plenty of options 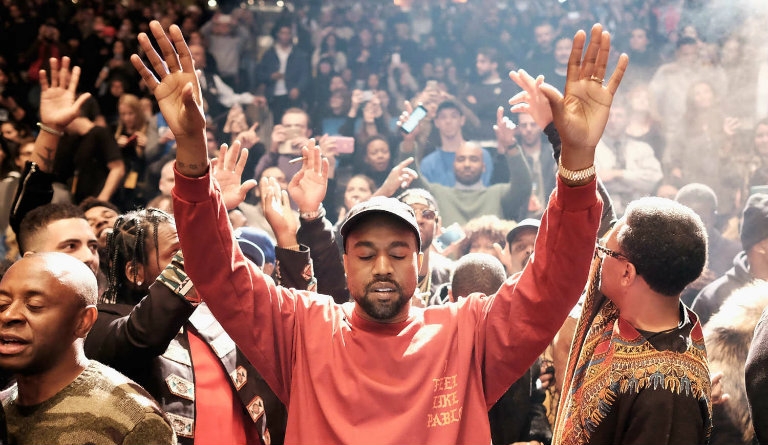 Kanye West best album of the year
How many people have the time to listen a whole album these days? Other than music journalists and forum fans, probably not that many. But even in the age of singles and playlists, the medium flourishes. From Radiohead’s new dystopia to Beyonce’s latest audio visual epic and James Blake’s masterclass in productions, here are five albums to catch up on.
David Bowie - Blackstar

The year began with the tragic news of David Bowie’s passing, only two days after the release of his twenty-sixth album. Blackstar begins with talk of a ‘solitary candle.’ His gregariousness aside, it’s a curiously appropriate image for Bowie’s career; he was a source of light and warmth for so many, and a true individual. This isn’t his most accessible record – it’s too difficult and cryptic for that, bass heavy in production and allusive in lyricism – but it is surely one of his best.


Kanye – The Life of Pablo

Where to start? The Life of Pablo is one of the most anticipated releases of the decade (this isn’t an exaggeration) and, as much as any album could hope to, it justified the hype. Self-referential a cappella verses; spoken word religious interludes; samples from the likes of Arthur Russell; takedowns of Hollywood parties; meditations on ailing friendships. It’s not always a pleasant listen – Kanye’s ego leads him down some lyrical avenues that ought to be avoided – but it’s a record that demands to be on the agenda.

If you think the album has had its day, you’ve obviously not watched or listened to Beyoncé’s Lemonade. This is the reigning queen of pop’s second visual album, the story of a betrayed woman taking back control. Clocking in at one hour and five minutes, it’s staggering in scope.

It watches like a modern Gothic (although one that moves towards reconciliation not tragedy) with a flooded bed chamber and a lace-garbed Bey strutting through a burning mansion. Musical reference points come thick and fast too, colliding in moments of pop majesty, interspersed with Warsan Shire’s intimate poetry. It’s an album to be heard in its entirety, but there are definitely stand out tracks; 'Hold Up', 'Freedom' and 'Formation' are our picks for entries into the Beyoncé canon.


James Blake – The Colour in Anything

About 45 minutes into Lemonade, there’s a track called ‘Forward;’ at 1 minute 19 seconds in length, it’s the shortest on the album. A sparse piano-and-vocal arrangement, it’s a collaboration with James Blake, the electronic crooner responsible for another of this year’s finest albums, The Colour in Anything. With some of the most apt cover art we’ve seen all year (an autumnal illustration by James’ near-namesake Quentin Blake), this is a decidedly gentle listen – shuddering beats and soft warbles – but one wrought with emotion.

Radiohead are a touchstone for dystopian modernism, the musical answer to JG Ballard. Their eighth album A Moon Shaped Pool has plenty of this trademark angst. ‘Dreamers, they never learn,’ Thom Yorke sings at one point, in case there were any doubt about his position on optimism. But Radiohead are too complex a band to settle into outright miserabilism; in the lush instrumentation, if not in the lyrics, there are hints that they too are dreamers.