The Black Swan choreographer and founder of America’s LA Dance Project on abandoning Paris, and love letters to Los Angeles 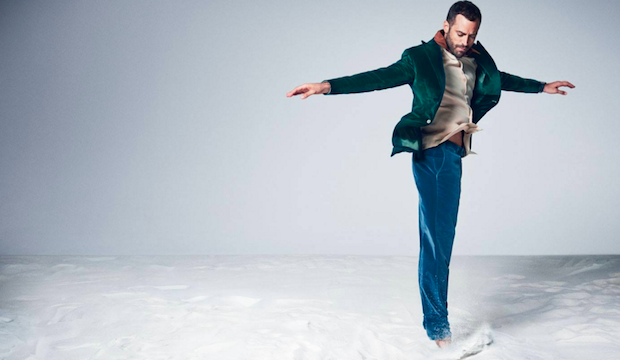 Benjamin Millepied, choreographer
Speaking to Benjamin Millepied makes for a slightly unusual dance interview. There's a glamourous finish to him, as much to do with his adopted American life as his movie star wife Natalie Portman and talked-about career.

As he brings his contemporary group the LA Dance Project to London for the second time, it’s clear his current life is suiting him well.

The peaks of his glittering career took him from Principal Dancer at New York City Ballet to choreographing and starring in the Oscar-winning Black Swan, where he met Natalie Portman.

In 2014 he took up the artistic directorship of the Paris Opera Ballet, the oldest ballet company in the world, in an appointment loaded with expectations for a new era.

“Old ballet companies can do wonderful things. There was a lot of artistic freedom.” But the path of change never did run smooth, and Millepied was not the first to struggle against the company’s notorious resistance to change and established hierarchies. After little more than a year in charge, he abruptly resigned in February this year. “It didn’t feel like the right fit for me.”

There are perhaps those who felt the same about him, and his modernisations (and rather blunt tongue) were hailed with the odd hiss as well as applause. Millepied himself has said little. “Really I’m moving on from Paris. I’ve been at home in America for 20 years now and LA feels like a place with possibilities.” 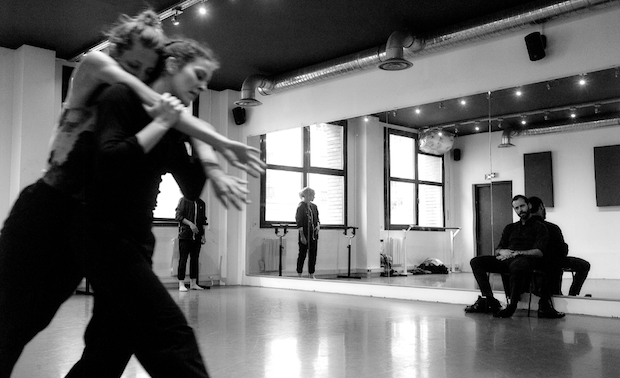 The ‘collective’ nature of the LA Dance Project, formed in 2012, is certainly different from the hierarchies of big company ballet, an arena he referred to in his last London programme as ‘a circle of the uncurious.’

While Millepied is Artistic Director, the Project brings together a number of artists including composers Nico Muhly and Nicholas Britell, Art Consultant Matthieu Humery and Producer Charles Fabius. “When you are looking for music you might call up Nico Muhly to find out if there’s someone interesting and young and new. It’s really about having artistic conversations.” And ballet’s strict sense of tradition is a world away. “The kind of non-hierarchy quality is something existent in contemporary dance more than ballet.”

Yet the programme he’s bringing to London exemplifies his love of ballet as much as his frustrations with it. Alongside a piece by Sadler’s associate artist Sidi Larbi Cherkaoui are two of Millepied’s own, both instalments of his Gems trilogy - a series inspired by the late, great George Balanchine’s three-act ballet Jewels. “It’s not about remaking, it’s just taking someone’s concept and giving the flavour. It’s not an homage.”

He seems so comfortable back at the cutting edge, one wonders if he would ever attempt again that challenge of shaking up an old organisation too set in its ways? With LA Dance Project, “I can really just create something that’s of now, that’s exciting. I almost think that’s more needed, that we create new organisations rather than trying to change or perfect the old ones.”

He finds himself now with more space for another passion: film. Black Swan might be the one we all know, but a quick scour of the Internet reveals a wealth of stylised, urban dance film created by Millepied. “I love film. I’ve been taking photographs for years. I think it’s interesting to take the dancers out of context, seeing [them] as people, in the environment of life.”

Back now in L.A. he’s finding more inspiration. “In my daily life I encounter a lot of pleasure from the aesthetic of L.A., it’s history.” Not least because it is so little like Europe.

In Millepied’s collection of videos on the film site Nowness, where he is a contributor, is a short film called Haut Vol by Louis de Caunes. It was released while Millepied was at the Paris Opera. The dancers skim the roofs of the 150 year old Palais Garnier, light as air against an orange Parisian sunset.

There’s another called Hearts and Arrows, the film version of a piece to be presented at Sadler’s Wells next week and created by Millepied himself. The LA Dance Project dancers perform at a site layered with American film history - the basin of the Los Angeles River. The harsh, brutalist shapes and bleaching white sunlight couldn’t be more different to the twilight Paris dream, nor more apt a description of Millepied’s choice.

He calls the film a love letter to L.A., but there’s no need to be writing home now. The City of Angels has him back.

LA Dance Project perform a mixed bill at Sadler’s Wells on the 24th and 25th June.