Make the most out of BBC proms: guide to tickets, concerts, etiquette and refreshments 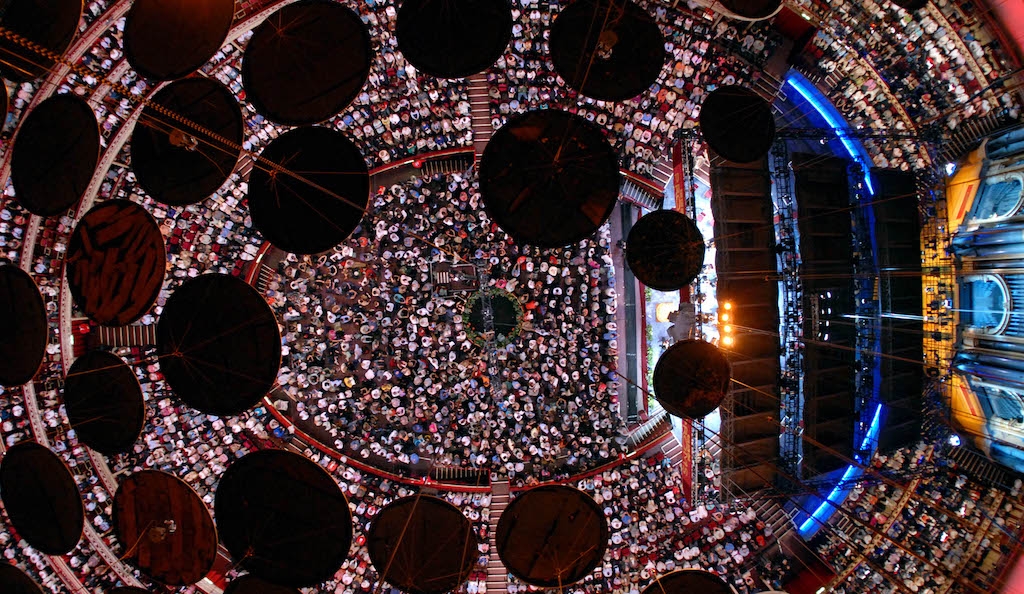 The biggest classical music festival in the world, the BBC Proms, opens on Friday 15 July. With more than 90 concerts, most at the Royal Albert Hall, there are performers and composers for all tastes, and audiences get a chance to be part of the premiere performance of several works over the 58-day bonanza, until Saturday 10 September.

TRY CULTURE WHISPER
Receive free tickets & insider tips to unlock the best of London — direct to your inbox
To the uninitiated or classical music novices it can be overwhelming, baffling prospect. But with £6 day tickets, world class talent, David Bowie tributes and even a foray into Peckham, the Proms offer a topnotch night out for all kinds of Londoners (even if you don't know your cellos from your double basses).

Our resident classical music expert and regular Prom-goer shares top tips for getting the most out of this year's Proms.

One of the great features of the Proms is the blend of much-loved works with new or neglected pieces, allowing audiences to discover music as it enters the repertoire for the first time or hear works that have fallen out of fashion. It is also a chance to catch international orchestras on tour, and new names.

To get the most out of your evening, try one of the pre-concert events, often at the Royal College of Music a few metres away, at which that evening’s works are discussed or explained by experts who can shed light on unfamiliar pieces. This easy-going preparation, coupled with the dynamism and immediacy of live performance, make a work that looks challenging on paper come to life on the night.

The Proms is also a chance to catch rising big-star names. This year’s must-see is Mirga Grazinyte-Tyla, new music director of the City of Birmingham Symphony Orchestra, making her Proms debut with the orchestra in Tchaikovsky’s Symphony No 4 (Prom 55, Saturday 27 August).

A really useful place to go is the Proms composers’ A to Z: look for your favourite composer, and see which of their works are being played, and what else is programmed that night.

Don’t panic if your chosen concert is already sold out: every day hundreds of up to 1,350 Promming tickets are released for that night’s event — for those prepared to stand, so and get up close to the orchestra. (For tips on getting your hands on these Promming tickets, see below). And many tickets for seats are returned to the box office close to the performance date, and become available to all. Touts will be circling, but your first port of call is the box office.

Seat prices vary depending on the scale of the resources: there can be hundreds of performers on stage. But you will be able to see well from every seat in the house at the Royal Albert Hall. Book ahead directly here or by phoning 0845 401 5040.

First pick your team: there is friendly rivalry between those who stand in the Arena, right at the foot of the stage, and those who go to the very top level of the Royal Albert Hall for a bird’s eye view, and, often, more space to spread out. For the first time this year, you can book a Promming ticket online, from 9am until noon on the day of performance. Tickets at £6, to stand in the Arena at the Royal Albert Hall, are sold usually two and a half hours before the concert, and any remaining on the relevant entry doors from 45 minutes beforehand: Door 11 for the Arena, Door 10 for the Gallery.

Prommers chant an appeal for musical charities to the audience every night after the interval: last year they raised around £100,000, shaking yellow buckets as concert-goers leave to make their way home. Have your donation ready!

It can get hot – very hot – so be prepared to peel off. If you’re Promming, your feet come first: choose comfy shoes, and don’t be surprised if the person next to you is wearing cycling gear. If you are seated, anything goes, but some people dress up. When an international artist’s entourage is in the audience, that support team definitely tends to favour glamour.

There are many bars and restaurants at the Royal Albert Hall for refreshments before, during and after the show. Take your pick here.

Some people take refreshments, but beware: you only get a few minutes at the interval, by the time you have filed out and allowed time to get back. No glass bottles are allowed in your bags, which will be checked, and no drinks bought in the bars may be taken outside, out of consideration to residents in the adjacent mansion flats.Having said that, many people manage to down a superfast picnic, which cannot help but make the second half of the evening go with a swing.