We talk to Orange Is the New Black cast member Alysia Reiner about feminism, James Bond, and luxury stationary 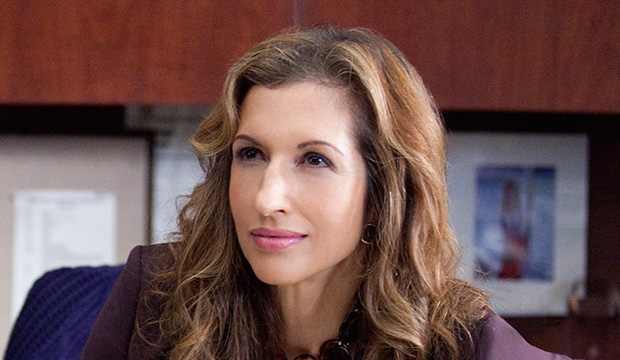 ‘As a New Yorker I wasn’t familiar with your publication,' she tells us, 'but now I’m obsessed with it.’ Oh, stop!

She particularly likes our ‘must-have stationary’ article: ‘I ended up buying some Princess Bride pencils,’ she says. ‘My husband and I, our thing is ‘as you wish’. We’ve been saying it to each other since we were nineteen.’

This is completely adorable, but what’s interesting is how little The Princess Bride resembles Equity, the most recent film to star Reiner. Reiner herself plays a cucumber-cool federal agent on the trail of financial wrongdoing, but none of the women in Equity (mostly cut-throat financiers) are princesses in need of rescuing.

Also starring the formidable Anna Gunn (Breaking Bad), Equity is a financial thriller with a difference: its central protagonists are predominantly women. It seems strange that in 2016 there are still film genres that have yet to be made truly unisex, but it’s only an imbalance that’s mirrored in the actual world of finance: only 2% of the financial industry is run exclusively by women.

And in a world of Bechdel Tests, the Twitter account @femscriptintros, and actor pay-gap debates, it’s also worth mentioning that Equity is written, directed, and produced by women (one of these producers being Reiner herself). Both onscreen and off, it’s a film that wears its feminism proudly.

Read our 4 star review of Equity

The film does feel authentic, in a way that’s almost surprising; most filmmakers apparently think the bad-banker behaviour of the boom-years translates better to the movies, but the makers of Equity clearly realised that the current atmosphere of economic anxiety makes for great cinematic tension.

Says Reiner: ‘It was deeply important to us not only to create these strong female characters but to make it real, without sex drugs and rock ‘n’ roll, because that’s not true to the culture today. So not only is it the first female-driven Wall Street movie but it is the first post-2008 Wall Street movie.’ 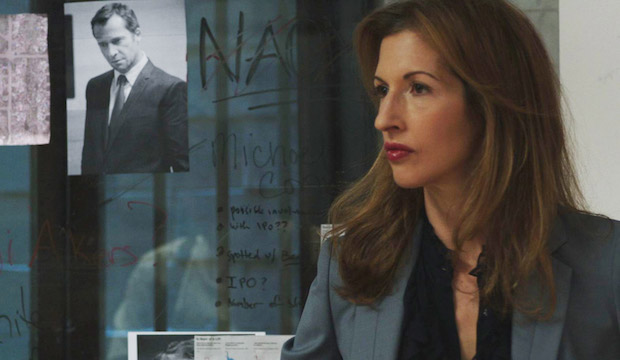 Equity must also be the first financial thriller to have a prominent gay married character (Reiner’s Samantha is happily hitched, with kids). Reiner is glad we brought it up, and talks enthusiastically about why the marriage is hardly mentioned in the film or the publicity: ‘There’s a bigger statement, sometimes, in just letting it be, where it just is.’

Being able to include gay characters without self-congratulatory fanfare was one of the ‘fun, awesome’ benefits of being both a producer and a star, and having such creative input is something that Reiner obviously appreciates. She confesses that her ‘big dreams’ involve working with Mike Leigh or Carol Churchill, ‘spectacular artists who really collaborate with the actors’.

‘I think there’s something deeply unique about crafting a role from scratch,’ she says. ‘In this case [with Equity], I got to do that.’ 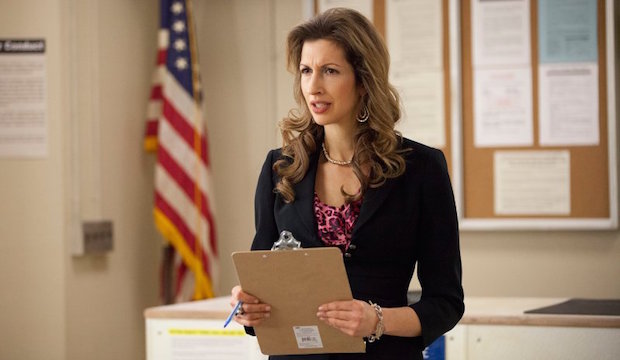 Reiner as Natalie Figueroa in Orange Is the New Black

But Reiner is quick to say how grateful she is to the Orange Is the New Black writers for giving her such her such a great role with Figueroa, who she describes as ‘deeply nuanced and complex… a really juicy, delicious character.’

This brings up the question of writing and gender: Equity was written by Amy Fox, but half the writers on OITNB are male. We ask Reiner if male writers can write convincingly ‘as’ a women, or vice-versa.

‘Genius art is genderless,’ she says. ‘Any genius artist is able to step into either gender. Sometimes it’s hard for me to say ‘we need to have women writing for women’ because there are brilliant men who write for women.’

‘Having said all that, we’re in a place in our culture, in the world, where there are some deep unconscious biases about what women can do, and statistically speaking we don’t give women the opportunities that are deserved… It is not 50/50, so until we get to that moment we work on getting more opportunities for women.’

We ask her about the emerging ‘trend’ for films being remade with all-female protagonists, like Ghostbusters and Ocean’s Eight, and whether there are any films she’d like to see with predominantly female casts. Unprompted, she immediately throws her hat into the ring for the most-discussed gender-flip of them all.

‘I mean, would I love to be a female James Bond? That would be really something. I would love that.’

We would love that. It makes complete sense, especially considering the particularly ‘007’ moment in Equity that involves a cold-hearted seduction over martinis. Exploiting a young financier’s self-importance, Reiner’s government agent expertly draws important information out of him. Later, encountering the man’s wounded sense of betrayal, she’s brutally funny and dismissive. Remind you of anyone?

Yes, Equity proves that Reiner is capable of swapping her Princess Bride pencils for an exploding pen. Just show us you can do the accent, Alysia, and the job’s yours.

Equity is out Friday 2 September