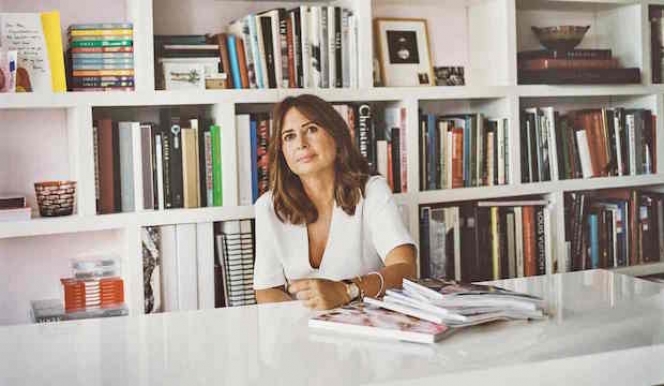 Alexandra Shulman, editor-in-chief of British Vogue. Photograph: Linda Brownlee/BBC/Lightbox Entertainment/Linda Brownlee
It's as though the BBC read our minds: a few days following the publication of our article on the best fashion documentaries of all time, BBC2 is airing a new one -- a strong contender for most fabulous of all -- giving unprecedented, unfettered access behind the scenes at British Vogue.

For nine months, documentary maker Richard Macer slipped behind Vogue House's closed doors. It's the first time in British Vogue's 100 year history that any such thing has been allowed.

In this candid, two-part documentary series, Macer gets a rare, (almost) access-all-areas look at the 'impossible glamour' of the fashion world where, he says, 'things are not quite what they seem'. In this first episode, Alexandra Shulman (editor-in-chief) tackles New York Fashion week.

Filming photoshoots, catwalks and editorial meetings, and permanently in the way, Macer grabs figures of the fashion elite at opportune moments and gets them to open up their hearts. Photographers describe feeling like they're at school awaiting test results, Alexander Schulman is seen bickering over the Vogue cover with her ladies and even the elusive Kate Moss is trapped into answering his questions until, hiding herself under a towel, she professes to hating interviews and runs away.

Fashion Director Lucinda Chambers, who has worked at the magazine for 36 years, is the star of the show and the epitome of everything you hoped to find at a fashion magazine: blustery and glamorous, dressed in spangly earnings and cooing over Instagram. She utterly eclipses Shulman, who appears to channel the charisma-free, cold-heart of Anna Wintour.

Iconic figures wash in and out: Edie Campbell, Mario Testino and Victoria Beckham are all seen smiling, laughing and being really quite human. Everyone wears Gucci and no one has the time (or inclination) to eat anything.

It's a must-watch documentary for anyone with an interest in the fashion industry. We can't wait for the next instalment.

Absolutely Fashion: Inside British Vogue will be on BBC2 at 9pm.