2 CW readers are interested
Totem by Cirque du Soleil, Royal Albert Hall Totem by Cirque du Soleil, Royal Albert Hall Freya Sanders
The ordinary rules of time and space don’t seem to apply to Cirque du Soleil. The world’s largest theatrical troupe is well known for performing stunts that defy gravity—and belief. Totem, their current show, is perhaps their most ambitious. Described as ‘a stunning journey into the Evolution of Mankind’, it condenses all of human history into a couple of hours. And it takes audience's all around the world: in keeping with Cirque du Soleil’s international identity, Totem incorporates narratives from from the lost civilisations of South America and Bollywood films, among others.

Featuring acts that include ‘a young Amerindian dancer’, a wedding ceremony on roller skates and a quintet of unicyclists, Totem’s subject is human nature itself. The show plots our development from ‘our original amphibian state to our ultimate quest for flight’, with plenty of diversions to explore themes of courtship and seduction.

The show is returning to the Royal Albert Hall, where Totem’s UK premiere took place in 2011. In keeping with the company's emphasis on international responsibility, the first performance of Totem's latest London run will raise money for Sentebale, a charity that aids children afflicted by HIV in Lesotho and Botswana. The Duke of Cambridge, who founded Sentebale with the brother of Lesotho’s king, will attend the performance with the Duchess of Cambridge.

Over seven years, five million people worldwide have enjoyed Totem, called ‘one very sharp show’ by the New York Times, and ‘visually astonishing’ by the Evening Standard. Still, acclaim hasn’t been universal: last time Totem showed in London, The Telegraph complained of the narrative's ‘mind-numbingly slow’ pace. But if the story leaves something to be desired, the physical feats are undeniably staggering.

The most recent of Cirque du Soleil’s annual shows at the Royal Albert similarly prioritised spectacle over story. In OVO, the troupe morphed into various insects, spinning webs and flitting above the stage. Like, Totem it left its audience with a sense that the differences between humans and animals aren't as significant as one might imagine. 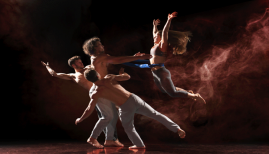 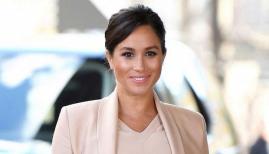 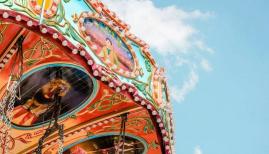