What better play than Titus Andronicus to finish the RSC's Rome Shakespeare season. Piling up the bodies at a higher rate than any other, Shakespeare's early offering has so much death it's always been a kind of barbaric crowd-pleaser, but the messy, muddled elements of the play make it a challenge to stage. This Royal Shakespeare Company production, by up-and-coming director Blanche McIntyre, is a macabre, modern take on Titus Andronicus.

TRY CULTURE WHISPER
Receive free tickets & insider tips to unlock the best of London — direct to your inbox
With rape, mutilation, infanticide, and cannibalism onstage it sounds more like a gory trip to the Colloseum than the theatre. But it's not just violence: there's a powerful evocation of grief and its intelligent satire of classical literature.

The general Titus (David Troughton) returns from defeating the Goths to find two brothers vying for the premiership of the Empire. Rome is in decline – its empire and its morals. The Guardian praises Blanche McIntyre’s direction, and the “witty touches” which arise from a quirkily modernized production (like a ‘Deliveroma’ messenger.)

This revival of Titus comes to the Barbican with mixed reviews ('Cerebral, contemporary' versus 'gimmicky'). But critics were unanimous in their accounts of the horror and thrills of the production. Book now – unleash you're squeamish. 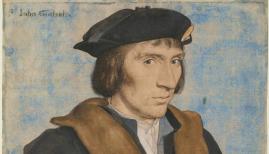