Robert Icke's The Doctor, starring Juliet Stevenson, transfers to the West End after a stunning premiere at the Almeida

After a sold out, five-star opening at the Almeida Theatre in summer 2019, The Doctor transfers to the West End's Duke of York's Theatre with Juliet Stevenson reprising her starring role. Tickets for the transfer go on sale from Tuesday 24 September – click here to book. The Doctor, Almeida Theatre review ★★★★★

Robert Icke’s final production as associate director of the Almeida Theatre is his own freely adapted version of H Arthur Schnitzler’s 1912 play Professor Bernhardi. Called The Doctor, the play stars Juliet Stevenson in the titular role and questions the roles of religion versus medicine and whether the identities we carve out for ourselves in life can ever override the labels bestowed on us from birth.

Icke’s adaptation retains much of the Austrian playwright’s central storyline: a Jewish doctor refuses to allow a Catholic priest to visit a patient dying of sepsis following a botched abortion. The Doctor makes this call because the presence of the priest will alert the girl to the fact she’s dying and prevent a peaceful death. When word gets out that the girl died without receiving the last rites, the doctor becomes the focus of a public scandal, and a number of issues surrounding ethics, religion and morality are called into play. 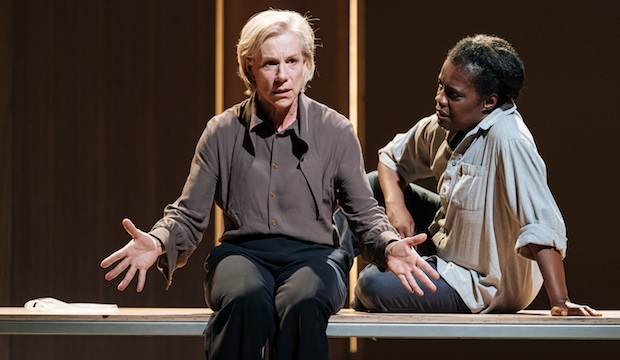 Icke has added several more layers to the plot, too, bringing it cleverly up to date and making it a timely watch in today’s climate. For starters, his Doctor Ruth Wolff (Stevenson) is a middle-class white woman. She’s Jewish by birth, yes, but not religious. The only label she defines herself by is ‘doctor’. The priest who she refuses entry to, we’re told, is a black man. We really are told, rather than shown, because thanks to some deft race- and gender-blind casting, many of the characters have a physical appearance at odds with how they describe themselves. It’s a clever move, making the audience focus on the ethics behind the arguments being presented rather than the physical identity of the person making them.

Timely too, is Icke’s decision to present the public outcry surrounding the circumstances of the girl’s death as a PR crisis for the hospital – one for which the faceless trolls on social media want answers. Things quickly escalate until the doctor becomes the victim of a ‘public hanging for the digital age’, as she neatly puts it. 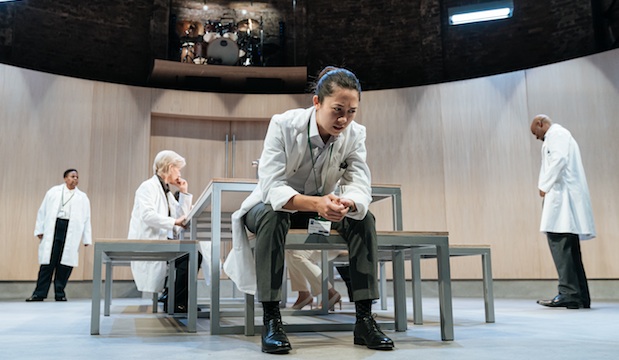 As a scenario, it’s not dissimilar from that played out in Anchuli Felicia King’s White Pearl, which premiered at the Royal Court earlier this year. Both plays depict an institution trying to navigate mounting pressures from media organisations and social media groups to publicly apologise for their actions. And in an age where social media witch-hunts and online accountability to the anonymous masses are all too familiar, it’s easy to see why such scenarios make gripping plotlines in new writing.

Stevenson carries the play as the Doctor. She, like 10 of the 11 cast members, has performed at the Almeida before and is a regular collaborator of Icke’s, having starred in his knockout productions of Mary Stuart in 2016 and Hamlet in 2017.

Stevenson’s doctor is hugely likeable. Her strictness as a stickler for grammar melts into warmth as she reminisces fondly about the love of her life or helps a young friend with her homework. She captures the doctor’s wit too, delivering punchy one-liners with a deadpan expression without missing a beat. Despite its serious themes, Schnitzler described his play as ‘a comedy in five acts’. However, Icke’s adaptation is no comedy. And as the doctor’s descent from grace drags her lower and lower, it’s gut-wrenching to watch. 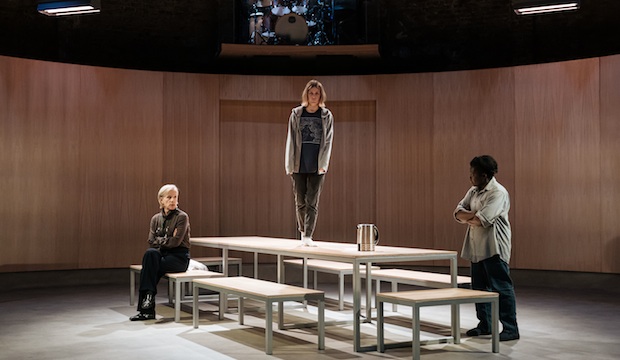 The action plays out in an understated set designed by Hildegard Bechtler, which captures the clinical, practical interiors of a hospital with faux wooden furnishings, a steely floor and a vending machine (which is, at one point, used). Meanwhile Hannah Ledwidge on a drum kit suspended above the stage single-handedly provides the soundtrack, infusing the play with a pulse which quickens and slows, building or evening out suspense.

The Doctor is every bit a play of the moment. It indirectly draws on the ongoing antisemitism rows and the fight for abortion rights seen in Ireland and further afield. It also calls to the stand political correctness and the dangers of social media witch-hunts. Above all, it’s a play about identity; about race, gender, sexuality and religion, and the role of our birth identity versus that which we forge for ourselves by choice.