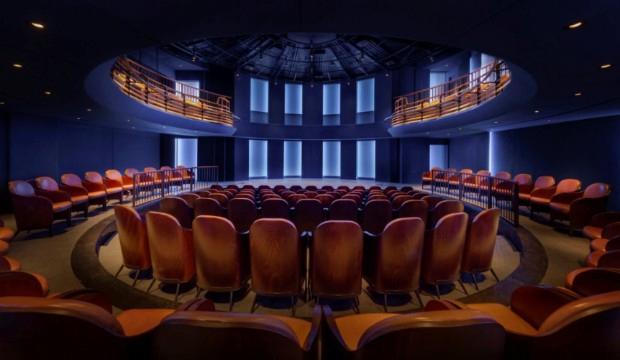 Boulevard Theatre, Soho
Just when it feels like Soho's lost to luxury flats and chain restaurants, a new theatre brings a hub of creativity and late night revelry.

The Boulevard Theatre is a producing house on the corner of Walker's Court, on the site of an old revue bar just off Wardour Street and Brewer Street. Drawing on the area's rich entertainment history and taking the Young Vic's 'all day hang out' vibe as inspiration, the theatre offers around a holistic experience in an elegant setting.

Spread over four floors, there's an all-day restaurant/ bar and a flexible performance space complete with a revolving circular stage and rotating balconies. With this dizzying technology, all controlled by remote control, the stage can shift from in the round to traverse via just about any configuration you can image. Compared to the surrounding West End theatres, it's especially cosy, with a capacity of around 160-70 seated audiences members. 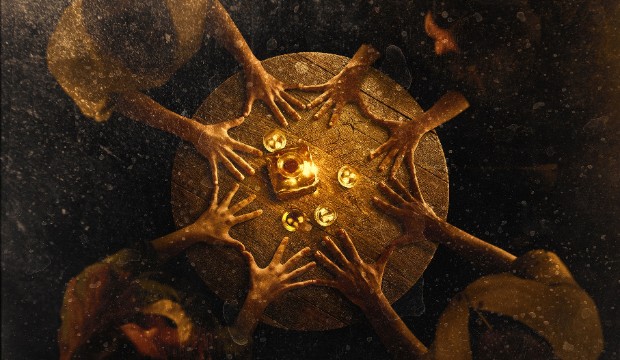 With artistic director Rachel Edwards at the helm, Boulevard Theatre will produce around four new shows a year. Having founded Tooting Arts Club and directed 2016's sellout Sweeney Todd set in a pie and mash shop, she's known for playful productions with an immersive twist. Edwards describes her vision for the Boulevard as 'eclectic, culturally diverse, innovative' and a little 'rebellious'.

The inaugural show at the Boulevard Theatre is Ghost Quartet, which reunites the Sweeney Todd creative team in what is described as an 'intoxicating musical of love, loss and spirits'. The show will run from 24 October - 4 January. Booking is now open and tickets start at £12.

The Lates Programme at Boulevard Theatre 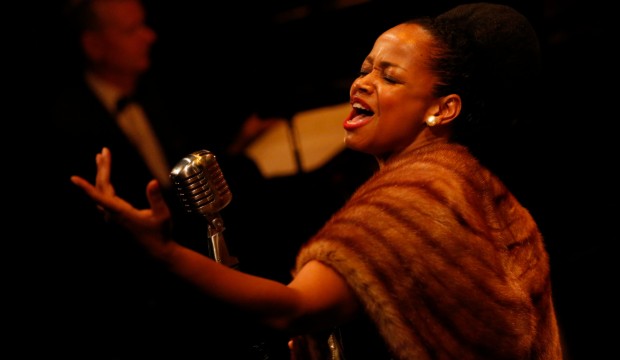 Alongside the theatre, there's a late night programme and offering more varied entertainment from live music to late-night cabaret and comedy. The events run from Wednesday to Sunday, starting when the mainstage show ends and continuing into the small hours.

Every Wednesday Soho Sounds: Jazz will keep visitors on the offbeat with a concert series curated in collaboration with composer, pianist and arranger Alex Webb of the Copasetic Foundation. Each week a different guest singer will join the house band, and the confirmed line up so far looks pleasingly prestigious, with performers including American singer China Moses and saxophonist Tony Kofi.

Thursdays celebrate showtunes with Finale, weekly cabaret sessions where the great and the good of the West End stage will take to the mic to sing hits from musicals in a stripped back style.

Then Friday is all about comedy. The line up alternates each week between female-led improv from Yes Queens and lively mixed bill stand up in Late Night Scene, where confirmed comedians include Nina Conti and Cariad Lloyd.

Saturday nights bring 'a moonlight cocktail of late-night entertainment' in collaboration with The Black Cat Cabaret. After Dark is a medley of comedy, circus and cabaret, featuring stars and starlets from all around the world. 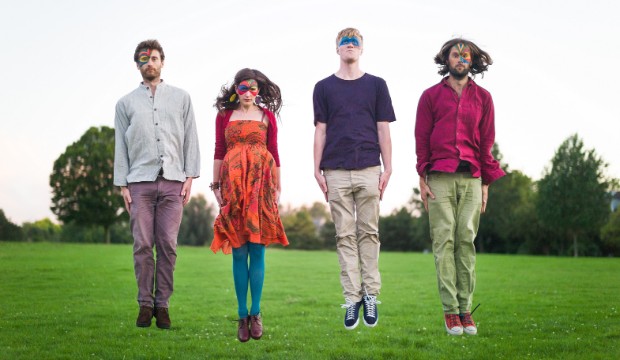 The day of rest is set to get a little livelier with Sunday Service offering an eclectic mix of live podcasts, classic music concerts and spoken word talent. Click here to see the full line-up and to buy tickets.

With ground floor bar and 80 cover restaurant serving unfussy, seasonal and predominantly (but not exclusively) plant-based dishes from 8am until late, the emphasis is very much on creating a welcoming space that can transition from breakfast meetings to nightcap cocktails.

Greg Hillier of The Commonwealth Club brings 20 years of kitchen experience as head chef. Menus will change seasonally and will be designed to reflect the show that is playing on the main stage. Health trends and dietary requirements will be part of the main offering, rather than an afterthought. But the predominantly plant-based selection will include some indulgent touches, too. Click here for more information on food and drink at the Boulevard Theatre.