Michelle Terry's inaugural season was characterised as a return to the traditional after she took over as artistic director from Emma Rice.

We've no doubt that Terry will showcase her ongoing dedication to authenticity in the mock-Renaissance playhouse, but this year, she also has a modern message. When the going gets tough, it's not uncommon to turn to the bard for his prosaic pearls of wisdom or verse lines of advice. Terry has revived many of Shakespeare's history plays to help us make sense of the present during a period of uncertainty.

Luckily, a generous sprinkling of raucous comedies show us that it's not all doom and gloom. Usher in the summer months with these life-affirming plays and be whisked away by the bard's power to tap into the heights of human emotion. 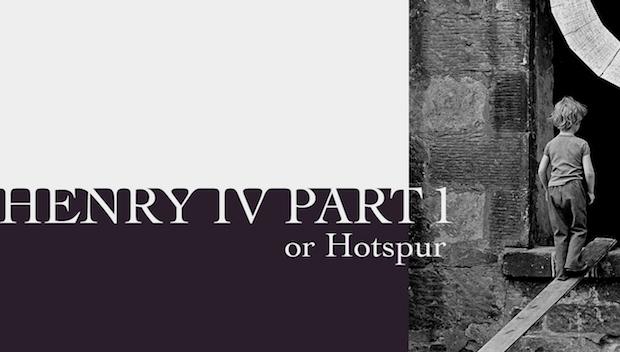 The Globe is taking on the monumental challenge of putting on four of Shakespeare's history plays, often referred to collectively as 'the Henriad'. Richard II kicked things off at the Sam Wanamaker theatre in February, but this April the Plantagenet kings head to the Globe's main stage for their moment in the sun.

In an unsettlingly relevant story about a polarised England, Henry IV Part I tells the story of two Harrys: the firecracker Hotspur (Michelle Terry) and Prince Hal (Sarah Amankwah) who are sons to warring fathers: Henry Percy and King Henry IV. As a response to the King's arrogant treatment of the Percy family, Hotspur musters an army to march against him.

Michelle Terry will play the mercurial Hotspur as only the second artistic director in the Globe's history (the first was Mark Rylance) to hold this position as well as acting in productions.

Henry IV Part 1, Part II and Henry IV will have more or less the same cast, offering history geeks and Shakespeare fans a rare opportunity to get stuck into this tetralogy. 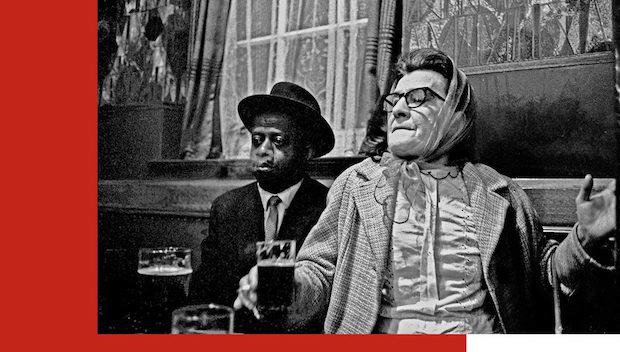 Henry IV Part II picks up after the battle of Shrewsbury. Hotspur is dead and when the King falls ill, many in the kingdom wonder whether Prince Hal will put aside his reckless ways and become a worthy leader of the country. However, throughout all this uncertainty, you can count on the lovable Falstaff (Helen Schlesinger) to provide some much-needed comic relief. 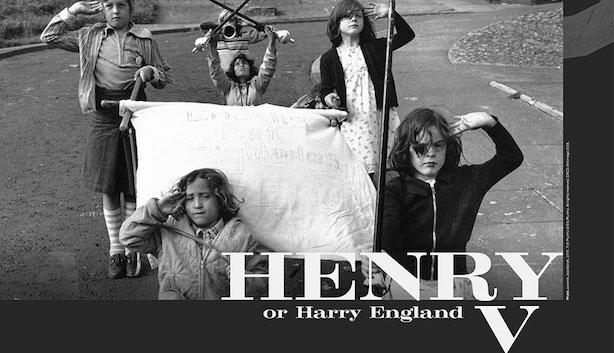 It will no doubt fascinating to watch Sarah Amankwah transition from the pleasure-loving young Prince in Henry IV Part I and II to the resourceful King in Henry V.

In the final play of the Henriad, Henry V is a detirmined leader with virtuosic rhetoric skills that match his military prowess. Soon after he ascends to the throne, he sets his sights on France, leading the English forces across the Channel. It's sure to be a gripping end to an epic tale. 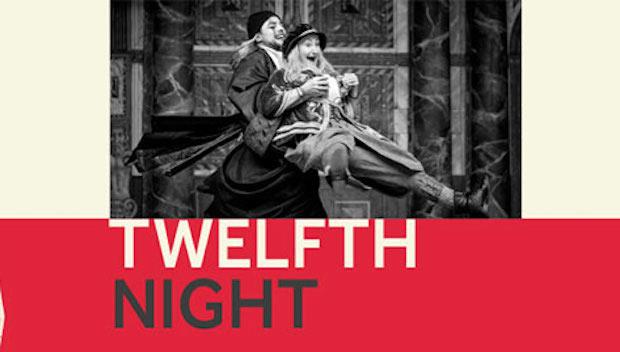 These heavy histories are followed by more lighthearted revelry. Director Brendan O'Hea brings Shakespeare's chaotic comedy of mistaken identities to the stage. After a shipwreck pulls twins Sebastian (Mogali Masuku) and Viola (Erik Sirakian) asunder, the young heroine decides to adapt to her new surroundings in Illyria by donning the disguise of a man. As Cesario, Viola joins the court of the heart sick Duke Orsino (Evelyn Miller), but problems arise when she falls in love with her master.

As part of the programme being performed during Refugee Week, this is one of three plays that the Globe's Touring Ensemble bring to life to explore the stories of those who have crossed seas, been separated from their families, and have had to find new homes in strange lands. 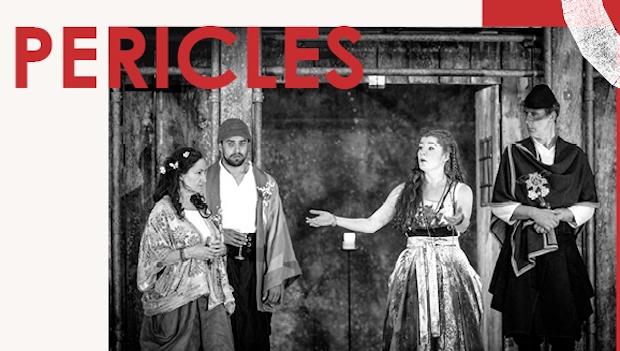 The wandering and fractured nature of Pericles is precisely what makes it one of Shakespeare's most enchanting plays. The story follows the eponymous hero's (Colin Campbell) struggle against the fates as he is tossed and turned by the tumultuous sea until he eventually he cries out 'no more, you gods!' Only his innocent daughter Marina (Evelyn Miller) can bring the Prince of Tyre bank from the brink of despair.

Pericles is a rare sighting on the Shakespeare theatrical scene. Catch this magical romance while you can. 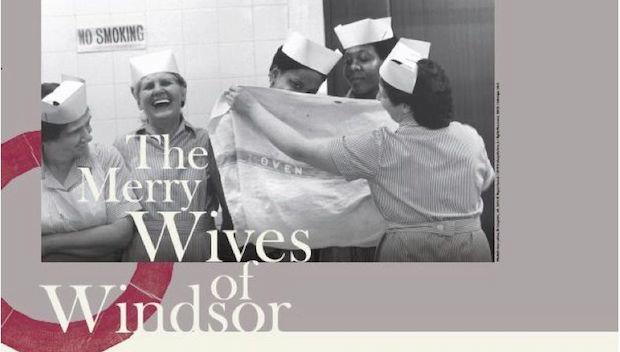 The Merry Wives of Windsor

Elizabeth I was apparently so amused by the character of Falstaff in Henry IV that she asked Shakespeare to write a comedy about the libertine knight falling in love.

Pearce Quigley, the Globe's resident funny man, plays Falstaff in The Merry Wives of Windsor in a story which follows the knight's attempts to find a financially beneficial match to fund his profligate lifestyle. But ‘Merry Wives’ Mistress Page and Mistress Ford quickly suss out his ruse and decide to turn the tables against him.

Elle While, who directed the 2016/2017 season company for The Curious Incident of the Dog in the Night-Time, helms this story of trickery, marital jealousy and fidelity tests in a production that's sure to be crammed with physical comedy. 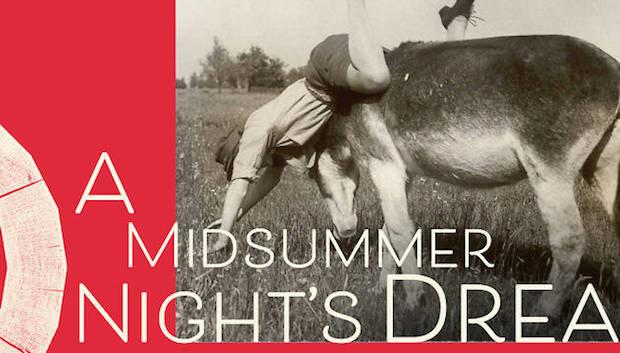 Bickering lovers flee to the forest for refuge to encounter feuding fairies and mischievous sprites eager to have some fun with the unwitting mortals.

There's a host of A Midsummer Night's Dream productions popping up in open-air surroundings around London this summer, but with Sean Holmes, artistic director of London’s Lyric Hammersmith, bringing this seasonal favourite to the Globe's historic stage, this one is sure to top the charts. 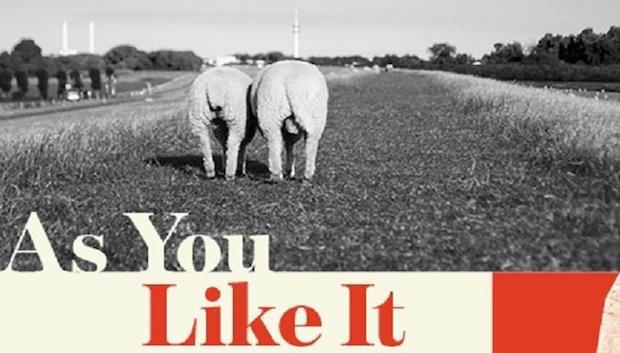 As You Like It returns for the second year in the row to the Globe's summer season. This sighing pastoral comedy, filled with exiled lovers, cross-dressing heroines and poetry hidden in the trees, is definitely one you'll want to savour in late summer.

Duke Senior is forced into exile by the usurping Duke Frederick. His daughter Rosalind is allowed to remain at court as companion to Frederick's daughter, Celia. But soon, Rosalind is banished like her father, and Celia decides to run away with her. With Rosalind disguised as a man, the two women flee to Arden, which seems to be the hottest couple's retreat in all the land as love blossoms amongst its amorous arbors and babbling brooks.