Debut playwright Sian Carter's Running With Lions, showing at the Lyric Hammersmith, is a tearjerker overflowing with grief and joy

The play charts the emotional intricacies of an intergenerational British-Caribbean family dealing with long-term grief. Son and brother Joshua is about to exhibit his first painting in an art show, hiding this fact till the very last minute as his highly religious parents are determined he will follow in the footsteps of his father Maxwell and become a reverend. Tragically, Joshua is unable to pursue either career path as he is mown down by a joyrider. 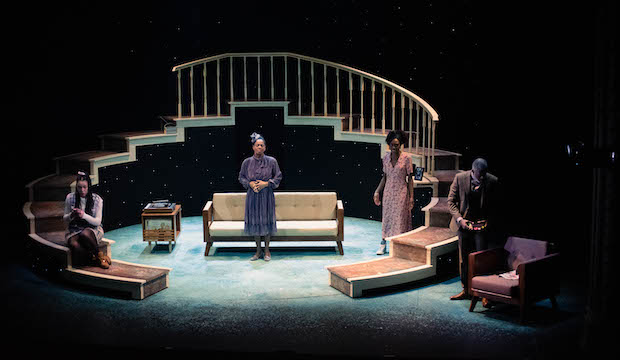 Years later, the fall out still affects the family in myriad ways, each with their insurmountable grief either being stifled down to the pits of their stomachs, or pouring out all over the living room floor. Gloria has bi-polar disorder. The pain of her brother’s death burns through her day and night. She is in and out of hospital while her 16-year-old daughter, the aspiring fine artist Imani, is on the brink of leaving school to follow her dream of becoming an artist, the same aspiration her uncle was never able to achieve. When Gloria and grandmother Shirley find out Imani has been awarded a full scholarship to an American art college, both react like the apocalypse is occurring. Losing another member of their family is simply not an option.

Tensions rise high as Gloria demands that her parents fully acknowledge Joshua’s death. There is no sign of him left in the family home, his photographs hidden away by Shirley. But people deal with grief in different ways, and over the course of the play rising star playwright Sian Carter paints in delicate tones the depth of pain each character lives with.

This is a flawless cast. Wil Johnson as grandfather Maxwell offers a reverential masterclass in acting, leaping from belly laugh inducing dance moves to gut wrenching breakdowns of grief, to shaking and quaking preacher as the spirit compels him. Suzette Llewellyn is perfectly cast as Grandmother Shirley. Simultaneously hilarious and stern, she surprises both her daughter and the audience when she finally tears out her heart which has been buried deep by her incessant need to keep up appearances. 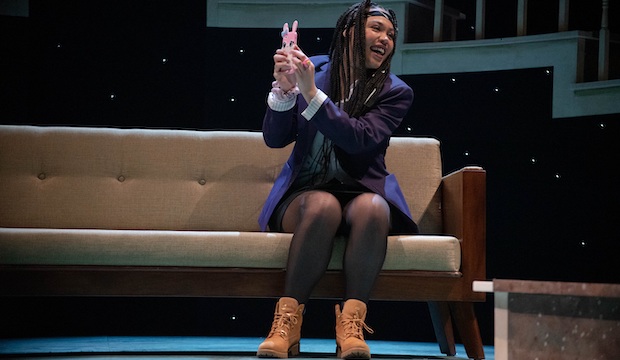 Moving seamlessly from laughter to tears, Velile Tshabalala as Gloria illustrates with a lightness of touch the weight bipolar disorder can have on an individual. Ruby Barker is so authentic as the young Imani it is hard to believe she is an actor, she’s just that believable. Nickcolia King-N’da is playful, breezy and tender as the prodigal son Joshua who never comes home.

You can tell a great director by the scene changes. Michael Buffong uses every moment for poignancy: the scene changes are delicate, quiet. We get a moment with each character as they bare their soul without words in these interconnecting moments. Buffong is supported by the masterly set design from Soutra Gilmour, who utilises a revolving circular staircase to transform the stage into a preacher’s pulpit, a graveyard, a park bench, and a front room.

Led by Buffong’s expert direction and Carter’s stellar writing, the theatre-makers here are at the top of their game. Every element of this production is beautifully rendered. You’ll laugh, you’ll cry, you’ll gasp. What more do you want from a living room drama? 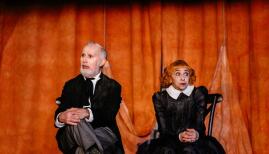 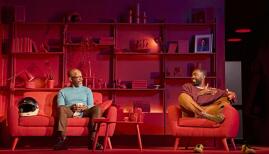 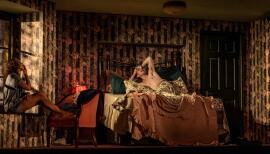