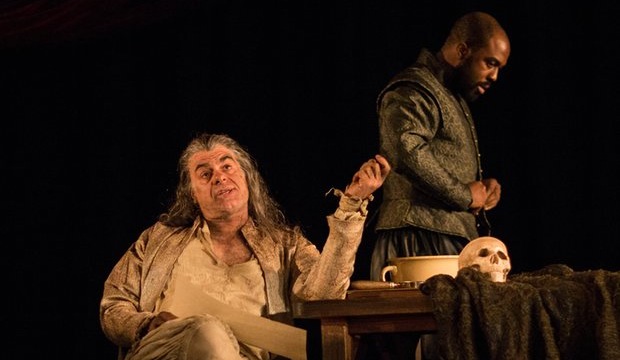 Mark Lockyer as Subtle and Ken Nwosu as Face in The Alchemist (Photo credit: Helen Maybanks)

It is a play that interrogates the underbelly of London culture, and for this reason The Alchemist's move from Stratford-upon-Avon to the the Barbican feels like a homecoming. When an outbreak of the plague forces the wealthy Lovewit to abandon London, he leaves his house in the hands of his butler Jeremy for safekeeping. But the home quickly descends into a state of moral decay, transforming into a hothouse for criminal activity. For this production, British playwright Stephen Jeffreys has slimmed down Ben Jonson's play, cutting out about a fifth of the 1610 text. The result is a sleek and pacy interpretation of this fraudster farce, brought to life by sterling director Polly Findlay. 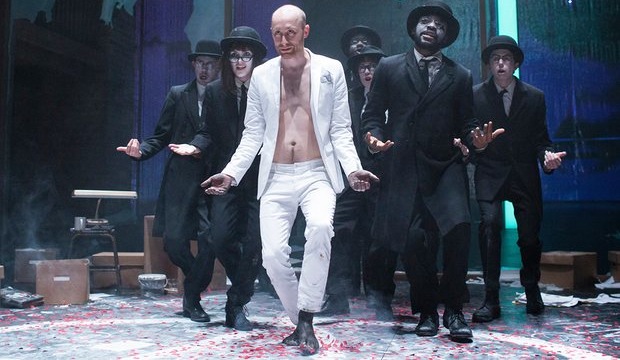 Doctor Faustus tells the story of a scholar who, having exhausted the limits of his knowledge, turns to necromancy. But when he conjures the demon Mephistopheles to gain access to a deeper view of the universe, rather than elevating himself he tumbles into an unforgiving theological quandary. Christopher Marlowe's original text is already rich with scandal and grisly drama with blood-ink signatures and visits from Satan's messengers, but daring director Maria Aberg's interpretation takes it a step further: in the Stratford-upon-Avon run the Seven Deadly Sins appeared as a punk cabaret group. Be prepared for a radical, exhilarating and rich performance of Marlowe's tragedy. 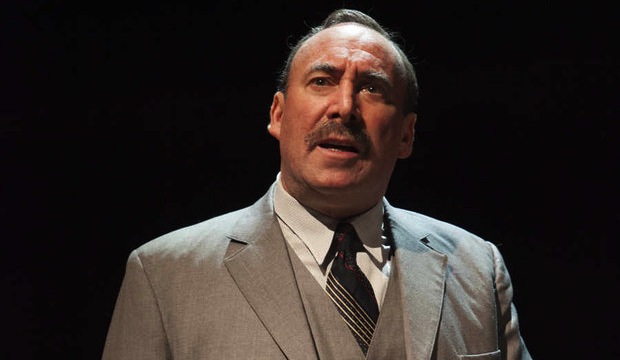 Perhaps Shakespeare's most agonising tragedy, King Lear is a tale of families torn apart, kingdoms divided and violence overtaking civility. Antony Sher, who wowed as Willy Loman in the 2015 RSC production of Death of a Salesman plays the eponymous King. And in the safe hands of the RSC's creative director Gregory Doran, who has been dubbed 'one of the great Shakesperians of his generation', we're expecting great things. 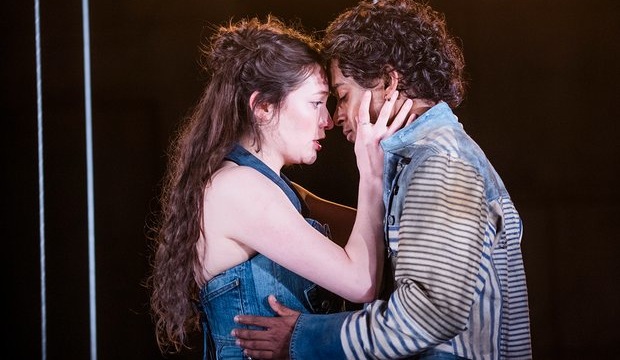 Cymbeline is perhaps one of Shakespeare's least loved plays. It tells the story of Cymbeline, the ruler of a divided Britain whose daughter's marriage throws the kingdom into turbulence. So far so good. But its incongruous setting, often chaotic plot and frankly bizarre appearance of Jupiter has led to critique of Shakespeare's text. In the wake of Brexit, however, Cymbeline could not be better placed on the RSC's London line-up. Melly Still's inventive production is set in a near-future dystopia where Britain is in a state of disintegration and competing senses of national identity become ammunition for dispute. It couldn't be more timely.