At 110 minutes straight through, the production feels a little like watching the familiar story play out on Speed. At best, it feels fitting for the whirlwind velocity and shaky ground on which the lovers build and accelerate their relationship. But on the flip side, it quashes the story's emotional appeal. 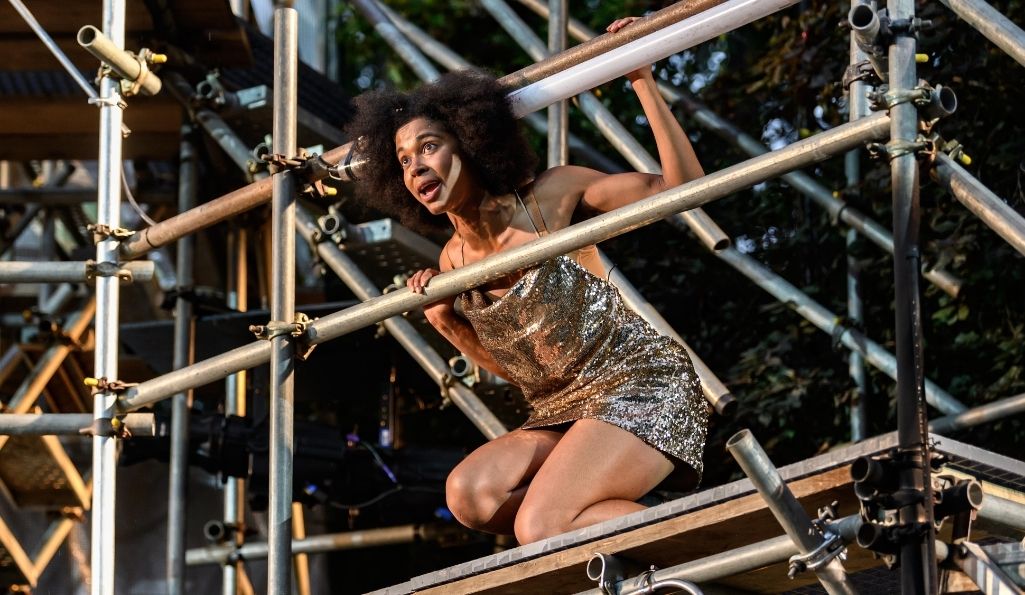 Designer Naomi Dawson sets the action on a building site which hovers dramatically atop a giant crack in the ground. Each time a member of either faction dies, a low rumble sounds – a reminder that each life taken cuts deeper into the divide between the families. A cross bearing a set of weighing scales further emphasises the eye-for-an-eye governance at play here, while two swords, each encased in glass, hang ominously above the stage in a suggestion that a battle could break out at any moment.

Dawson has the warring households brandish their differences by dressing in opposing colours – the Montagues in black, the Capulets in white – while wide-leg jeans, glittery slip dresses and rave music plant the age-old story in present day. 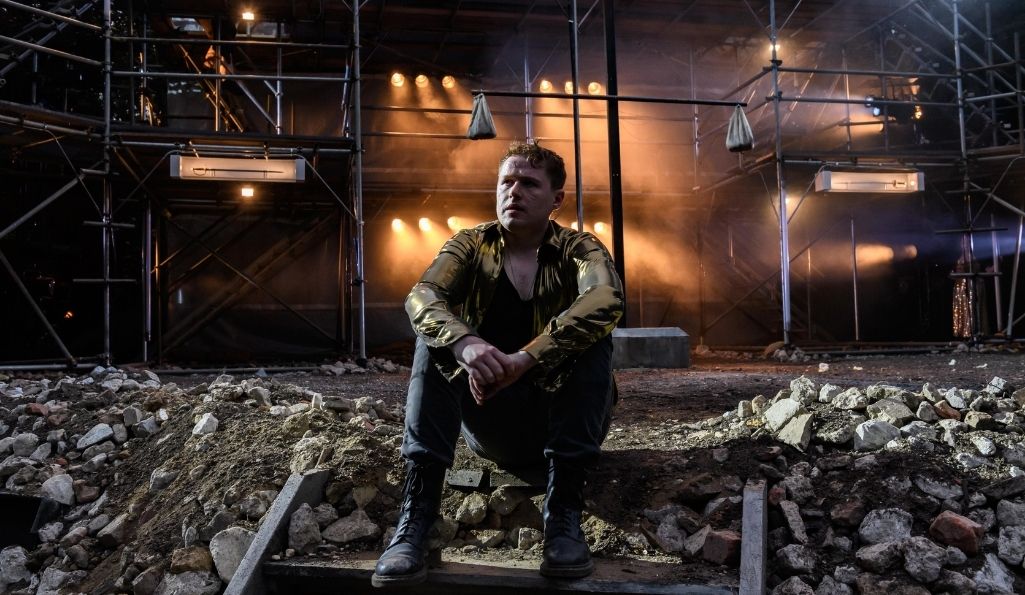 In amplifying the lovers’ open-hearted naivety, Sykes presents us with a likeable Romeo who’s easy to sympathise with. Channeled through a soft, transparent and charming performance by Joel MacCormack, we’re fully on his side and can believe he was forced into killing Tybalt (a ruthless, quick-footed Michelle Fox). This dangerous youthfulness is even more stark in Isabel Adomakoh Young’s wide-eyed Juliet, and unusually, pushes a portion of the blame for the whole affair into the unlikely hands of Peter Hamilton Dyer’s dispassionate Friar Lawrence. 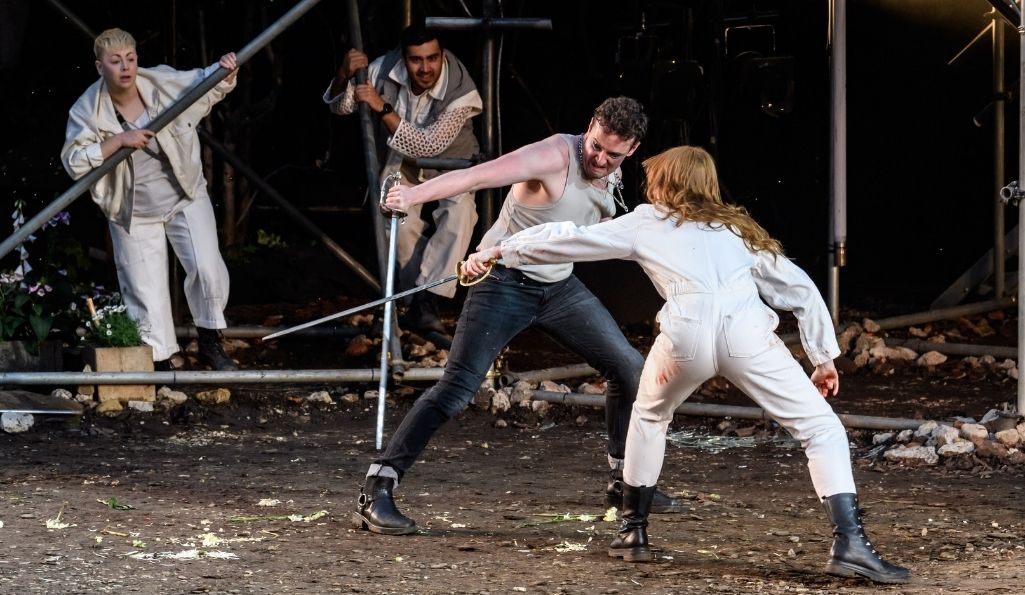 A mention must also go to Richard Leeming’s goofy, buffoonish Paris, who exudes the wickedly watchable awkwardness of a certain disgraced former Health Secretary, and Cavan Clarke’s bullish Mercutio, who is a driving force of the show and electrifying to watch.

The sheer speed of this Romeo & Juliet leaves little room for sentiment, either in the face of the lovers’ union or their tragic deaths, and this robs the production of emotional impact. But strong performances, powerfully symbolic design and a contemporary essence will keep audiences of all ages enwrapped.