Playing the power hungry, hunch-backed baddie who murdered his way through eight obstacles to take the throne, Fiennes is compelling.

Richard has more lines than any Shakespeare character except Hamlet. He speaks directly to the audience, inviting us into his dissembling plots. He wins the hand of his murder victim’s widow. He orders his young nephews’ deaths.

It’s a part often played with charm and cruelty in equal measure, a kind of magnetism and exuberance. Fiennes brings pure evil and twisted posture. Instead of seducing the grieving Queen Anne into marriage, he uses force and fear. 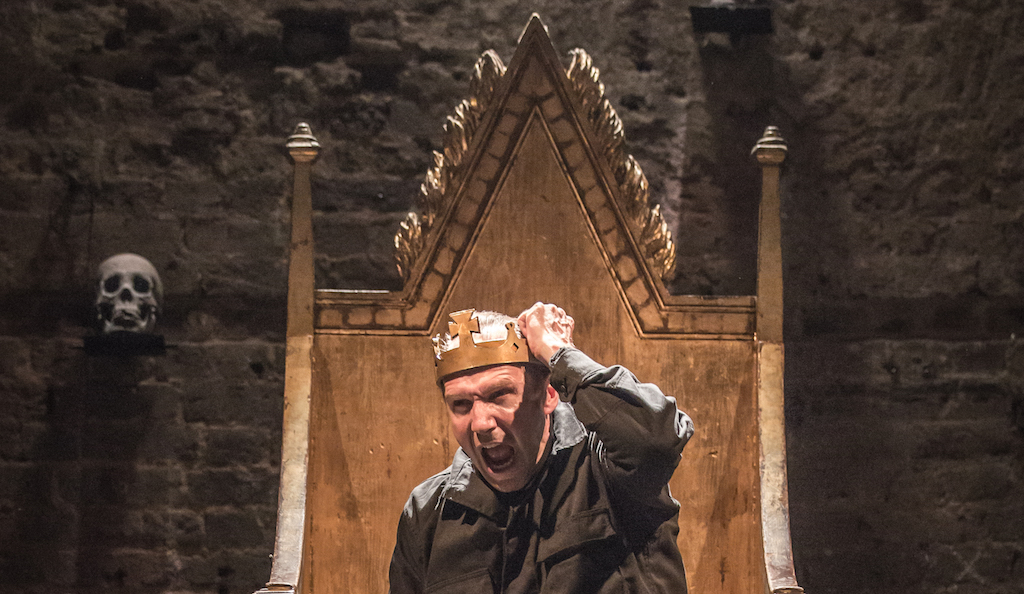 Misogyny and brutality are at the forefront of Fiennes’ portrayal; when he crushes the head of a baby doll and violently rapes a mourning mother you can feel the audience wincing. But they titter later at his sarcastic simpering to the nobles.

Most chilling of all are the glimpses of humanity: withering in the face of his own mother’s disdain, yelping with pain from his misshapen spine. Textual references dehumanise Richard as a spider, a toad, and a boar, but Fiennes avoids comic-book caricature. It is this vulnerability that makes his ruthlessness all the more disturbing to watch.

Though of course Fiennes commands the stage, performances are impressive across the board. Stage legend Vanessa Redgrave is powerful as devious, tormented Queen Margaret and Daniel Cerqueira as royal attendant Catesby makes the cadences of the verse feel like fluid modern speech. 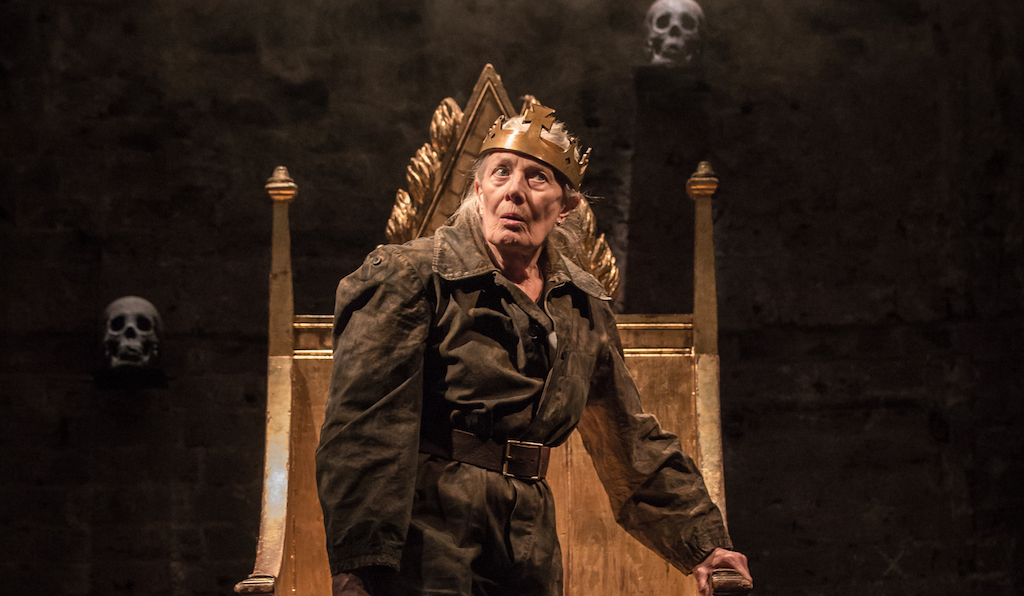 Essentially this Richard III is a faithful rendition of Shakespeare’s script (without much cutting it’s a long, text-heavy three hours) in modern dress.

Framing the show, and Goold’s inspiration for reviving this particular play, is the 2012 excavation and discovery of the Richard III’s skeleton in a Leicester car park.

It makes for an edgy opening, and the empty exhumed coffin stays exposed under a glass stage to foreshadow Richard’s demise. With each murder a skull is illuminated on the back wall of a minimalist, murky set. It’s a stylish and slightly gothic aesthetic that gives way to mud and rain.

But there’s no new light shed; we feel chilled by Richard’s character, but never culpable in the cycle of horror.

The historical dislocation drains the impact of the hopeful rhetoric around the birth of the Tudor dynasty. Shakespeare wrote the play in a deliberate interrogation of the heirless state of his own contemporary England. This production neither captures that anxiety nor re-interprets it.

While it's not quite the invigorating fresh perspective we have come to expect from The Almeida, Rupert Goold's Richard III is a worthy vehicle for an actor at the very top of his game to showcase the enduring complexity of Shakespeare's characterisation.

A small number of Day Seats will be released at 11am for that day's performance(s) from the 17 June.

To the big screen, live from the Almeida: Richard III cinema broadcast

In a partnership between Picturehouse Entertainment and the Almeida Theatre, Richard III will be broadcast live to cinemas all around the world on 21 July. Click here for more information.