The Curious Incident of the Dog in the Night-time, Piccadilly Theatre

The Curious Incident of the Dog in the Night-time, Gielgud Theatre review ★★★★★

Marianne Elliott’s seven time Olivier-winning production of The Curious Incident of the Dog in the Night-time sets a new standard for the capabilities of live theatre. Mark Haddon's 2003 novel is brought to life with a script by Simon Stephens and spine-tingling staging by Bunny Christie. Since a smash-hit premiere at the National Theatre in 2012, Curious Incident has gone on to wow on the West End, Broadway and all around the world.

The story centres around a remarkable adolescent boy who describes himself as “someone who has behavioural problems”, and follows his investigation of the murder of a neighbour's dog. Fifteen year-old Christopher John Francis Boone notes down every fact meticulously, assessing the situation through his own unique perspective. But the quest to solve this mystery forces Christopher beyond his comfort zone and into a series of challenges.

It's a narrative that particularly resonates with young people and the book of Curious Incident often features on school reading lists. It is translated into thrilling theatre, with Bunnie Christie’s brave, black box-like design incorporated cleverly throughout to assist in telling the story and draw the audience into protagonist Christopher Boone’s brilliant yet solitary world. With movement immaculately pieced together and choreographed by Scott Graham and Steven Hoggett, the precision and grace of the entire ensemble is awe-inspiring as they complete one complex physical theatre sequence after another.

What really lifts this production sky-high, though, is the central character. The heartfelt portrayal of a young boy who is widely understood to be on the autism spectrum, struck a chord with many members of the audience even bringing a few to tears.

Curious Incident of the Dog in the Night-Tim 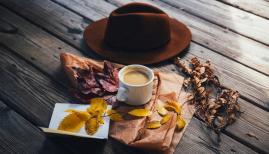