Get glam this year: Kinky Boots The Musical brings sequins, stilettos and catchy songs to the West End in a riot of attitude and fun!

40 CW readers are interested
Kinky Boots, Adelphi Theatre review 4 Kinky Boots, Adelphi Theatre review Lucy Brooks
Sequins and stilettos at the ready: Kinky Boots is the sassiest, sparkliest show on the West End. Based on the 2005 Brit-flick, this musical stage adaptation caused quite a storm on Broadway, winning six Tony Awards including ‘Best Musical’. And with a true, homegrown story, set between Northampton and Soho, the show is a shoo-in for West End glory.

Following affable English gent Charlie (Killian Donnelly) as he reluctantly takes over the ailing family shoe factory, it opens with the epitome of shabby suburbia, complete with comfy cardis and prudent footwear.

TRY CULTURE WHISPER
Receive free tickets & insider tips to unlock the best of London — direct to your inbox
But then, when Charlie chances upon the fabulous London drag queen Lola, played with spark and sass by The Voice star Matt Henry, there’s an explosion of glamour.

Henry’s flawless vocals and a supporting troupe of agile, cross-dressing 'Angels', with endless legs and killer dance moves, make for an electrifying introduction to 'The World of Lola', in a song that celebrates the spirit of kinks, quirks and self-expression.

When Charlie decides to save the family factory by making reinforced high heels for drag queens, the two worlds collide, creating friction, drama and some warm fuzzy feelings. As the ineffectual son moves out of his father’s shadow and discovers his own passions, Killian Donnelly exudes humanity and wit — and his mighty solo, 'The Soul of a Man' is pure rock star power.

There’s a pinch of romance too, as spunky factory worker Lauren (Amy Lennox) tries and fails to resist a burgeoning crush on her boss, and delights the crowds, frantically fanning her armpits as she belts out one of the stand-out songs, 'The History of Wrong Guys'.

With a book by bonafide Broadway legend Harvey Fierstein and music and lyrics from 80s pop sensation Cyndi Lauper, the musical numbers are infectious and upflifting – spanning flashy, high-octane ensemble numbers and power ballads that pack a punch.

The stand out message of overcoming adversity and accepting others runs the risk of being too saccharin, but it’s sharpened by quick-fire risqué humour and deftly drawn-out backstories. While the razzmatazz steals the show, leaving you ready to let your hair down and dig out the skyscraper heels, there’s plenty of heart to it too. Expect to laugh out loud, blink back tears and be left with a mild aversion to your sensible flat shoes. 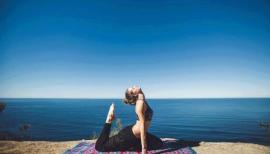 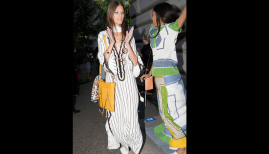