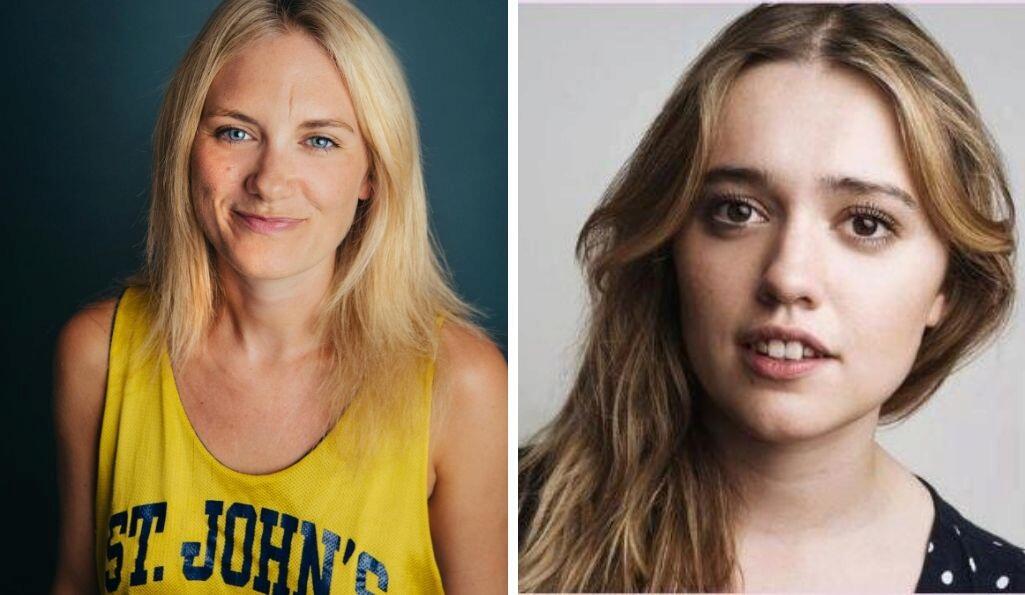 Playwright Anoushka Warden (left, photo credit: @helenmurray) and actor Aimee Lou Wood (right)
Anoushka Warden, an emerging playwright and theatre PR for the Royal Court, has been announced the 2020 winner of Platform Presents’ Playwright’s Prize with her comic play My Dad’s A Cunt. Warden teamed up with rising star Aimee Lou Wood (Sex Education) to perform her play, a recording of which is available to watch on the Platform Presents website.

Warden was one of nine finalists for the award, for which over 200 entries were submitted. Five of the finalists chose to be paired with an actor and have their work performed – the recordings of which are all now available to watch online. The entries were judged by a 13-strong body of producers, writers, actors and agents. As the winner, Warden receives a £5,000 cash prize as well as ongoing mentoring from the Platform Presents team.

Founded in 2017 by actress Gala Gordon and producer Isabella Macpherson, Platform Presents aims to create a platform for rising star talent – actors, writers and directors, with a particular interest in female voices, through theatre and film.

The Playwright’s Prize can open doors for emerging playwrights. Last year’s winner Leah Gasson is now working with Platform Presents to have her play That Awful Sound developed for stage and screen. The play was given a reading at the Ambassadors Theatre where it was performed by Jessie Buckley, Luke Treadaway, Erin Doherty, Aimee Lou Wood, Haydn Gwynne, Pearce Quigley and Karl Queensborough, and Gasson has since been signed by an agent at Independent Talent.