The Outback gets its own back: eerie play Picnic at Hanging Rock transfers to London after taking Edinburgh, Perth and Melbourne by storm

Tom Wright's adaptation of Picnic at Hanging Rock transfers to the Barbican Theatre after impressing in Australia and then Edinburgh, where The Herald Scotland called it 'a production that is as devastating as it is delicate'.

In February, London audiences can follow the unsettling turn of events that cause an idyllic picnic in the outback to become nightmarish. Set in 1900, a teacher and three girls disappear off the face of the earth, leading to further pandemonium back in civilisation. The story is brimming with psychological instability, uncanny horror and primal panic. Brace yourself as the wilderness takes over the stage.

There will also be a screening of Peter Weir’s chilling 1975 film adaptation this December so that you can fully immerse yourself in the murky and mysterious world of Picnic at Hanging Rock. 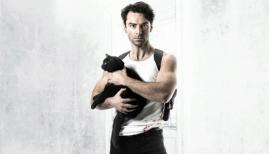