Out There on Fried Meat Ridge Road, Trafalgar Studios review ★★★★★

Out There on Fried Meat Ridge Road takes place exclusively in a single, wood-panelled grimy motel room. Simon Scullion’s sets render the intimate space of Trafalgar Studio 2 uncanny, as it feels like you’ve stepped into a cosy movie theatre with a terrifying hillbilly murder mansion carved in where the screen goes. You’re so close to the action that the sparks from Marlene’s lighter fly right in your face as she frantically tries to light a crack pipe.

Our story begins with Mitch (Robert Moloney), an ex-spork factory employee looking for a room-mate. He finds JD (Keith Stevenson), who lives in the aforementioned motel room on the road of the play's title. JD is looking to expand his circle of acquaintances, which include the wild-eyed, hair-slicked, fast talking Tommy (Alex Ferns), his on again off again girlfriend Marlene, and Flip (Michael Wade), motel owner.

Although the whole cast shines Melanie Gray’s Marlene is a standout, conveying both spirit and fragile humanity in every scene regardless of whether she's crying, berating or smoking meth. She’s an artist and Tommy is a poet. They have artistic temperaments. They’re complicated. 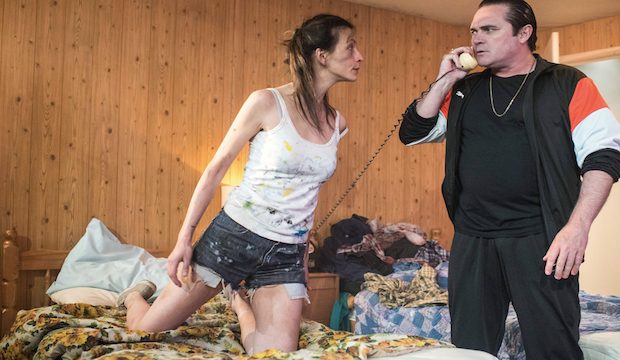 Out There on Fried Meat Ridge Road cuts through paradigms of small-town America with polished blades of humour, wit and heart. Stevenson (playwright, actor, a powerhouse of talent) has created something truly special here. His character JD’s defining trait is kindness, his genuine inability to see anything but the best in the angry individuals who stomp, kick and scream their way through his room and life.

His enthusiasm is contagious. Backed up a mix of high and lowbrow humour (‘I speak Latin’) his unshakable optimism could have been irritating in the hands of a lesser artist, but under Stevenson’s masterful care you find yourself hoping that JD is right in all of his assumptions. 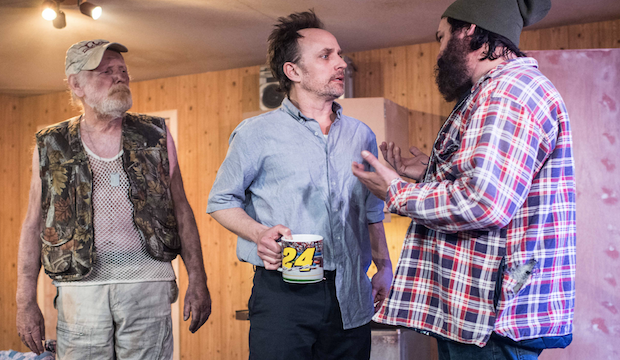 The release of this play is judiciously timed, as the lack of communication between rural and urban areas grows wider. Out There on Fried Meat Ridge Road feels like a more relatable, human version of the 2010 film Tucker & Dale vs Evil, but the audience members are the preppy college students waiting for the affable hillbillies to snap and turn violent. The play functions as a kind of antithesis to powerful calls to arms like The Resistible Rise of Arturo Ui, which is currently on revival at the Donmar Warehouse.

Out There on Fried Meat Ridge Road repackages the concept that if we treated everyone with kindness and took the time to get to know them well enough to appreciate their positive qualities, the world would be a better place. 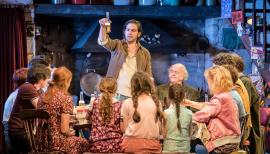 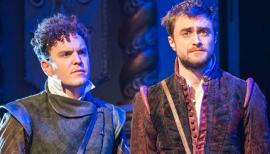