After a successful UK premiere in 2018, Frantic Assembly's exploration of family ties and physical theatre returns for 2018

Set in Adelaide, Australia, over the course of a year, the change of season is mirrored by the growth of the carefully tendered rose bushes on stage. The play reveals some devastating truths about the lives of the Price family members before reaching a heartbreaking ending and will resonate with parents and young people alike.

The simple scenery puts all focus on the provocative issues at hand, which include transgenderism, adultery and parental expectations: Andrew Bovell's play feels very much of its time.

Many scenes are harrowing to watch, but they are offset by the comedy, which is at its finest in the scenes featuring all six of the cast members. The chemistry between them is made palpable through Frantic Assembly's trademark physical theatre. Cast members engage in group dance to reflect the emotional turmoil of any given character in the present moment.

On paper, this sounds dubious; onstage, however, it works beautifully, bringing movement and dynamism to the stage. There is no single central character – they are all equally as important as one another and all get equal treatment, mirroring mother Fran’s ethos that “What one gets, another one gets in a different way”. Despite her best efforts, one cannot help but feel that the children have been treated differently, with eldest daughter Pip drawing the short straw and ultimately determining to escape her place of upbringing.

In the end, however, tragedy unexpectedly befalls the family, and they are all brought together again under the roof of their childhood home. Just as Rosie opens the play, she also closes it, reflecting that she has lost her innocence and learnt that few things in life are certain…a thought that will certainly linger with members of the audience.

We see ourselves in the characters and what happens to them could just as easily happen to us – a truth of which Andrew Lovell makes his audience hyper-aware. 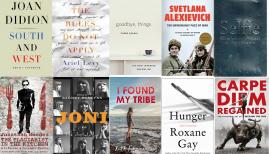