Written and directed by Sarah Chew, Lipstick: A Fairytale of Iran is a creative product of her theatre residency in Tehran where she bore witness to the 2010 riots which called for the removal of populist President Mahmoud Ahmadinejad. Through her characters, Chew seems to comment on her role as an artist by questioning the price of creative freedom in a time of political upheaval.

Themes of ‘rage’ and ‘redemption’ will be played out in a performance style that mixes both theatre and drag cabaret by an impressive two-person cast featuring award-winning actor Siobhan O’Kelly as Orla and celebrated drag queen Topsie Redfern (AKA Nathan Kiley) as Mark. Lipstick forms part of the Omnibus’s 96 Festival, a celebration of queerness and theatre which promises to be an ‘extravaganza of cabaret, drag, burlesque, theatre, music, art and activism’.

Lipstick: A Fairytale of Iran 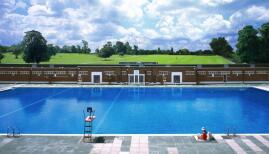