Winner of 2015's 'Most Promising Playwright' award, James Fritz, explores the repercussions of activism in a timely new play.

Parliament Square comes to London's Bush Theatre with a Bruntwood Prize and a buzz of good reviews from the Manchester premiere. Harry Potter and the Cursed Child star Esther Smith plays Kat, a young woman who is compelled to take action. But as Kat travels to London to enact change with one, bold act of protest, she has no idea of the real repercussions.

Jude Christian (Lela & Co, Royal Court) makes her Bush Theatre debut to direct what promises to be a taut yet thoughtful look at the aftermath of extreme protest.

Gold Whisper members can enjoy a pair of free tickets to Parliament Square on 15 December. Click here for more information about Gold Membership. 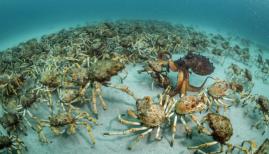