Huppert will play both Juliette and Justine, title characters of two of Sade’s post-revolutionary novels. In ‘Nouvelle Justine’ the virtuous young protagonist’s moral life results in misery. Yet in ‘Juliette’, her amoral sister revels in a disreputable and passionate lifestyle. These works, bursting with philosophical debate on topics such as religion, morality and sex, have been combined for the stage by Raphaël Enthoven.

Isabelle Huppert is one of the most famous French actresses working today, and is famed for her courageous and engaging performances. She has won numerous international film awards, including those at Cannes and the Cesars. Most recently, she won a Golden Globe in 2017 for her stunning performance in Paul Verhoeven's controversial film Elle.

Things to do in London this weekend: 28 February-1March 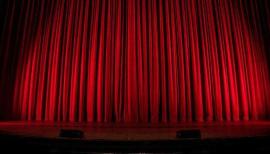 How to get cheap theatre tickets: London tips, tricks and secrets