Sex, drugs and 80s trance. Trainspotting returns to London for a second run this spring

Whether you missed it last time or are looking for a second hit, catch this hair-raising immersive experience for an evening of bare buttocks, heroin and an intelligent portrayal of flawed humanity.

James Boal (as Mother Superior) and Andrew Still (Sick Boy) join the returning cast members, and we are hoping for a run of more thrilling, tense performances.

The new year will mark the 21st anniversary of Trainspotting, the generation-defining film from Danny Boyle centring around a group of young heroin addicts in Edinburgh. Based on a book of the same name by Irvine Welsh, the story follows Mark Renton and his band of young, drop-out addicts in the 1980s.

To celebrate the coming of age of the film, In Your Face Theatre, Kings Head Theatre and Seabright Productions have brought a Scottish cast of young actors to London for a fully immersive theatrical recreation of the story, and they don't hold back. It's brutal, bananas and utterly brilliant.

This is a play that fans of the novel and cult-addicts of the film need to see. The 75-minute production vividly captures the energy of the novel, engrossing the audience in all the action from watching Renton (played superbly by Gavin Ross), Sick Boy, Tommy and Begbie self-inject the intravenous drug to the infamous 'worst toilet in Scotland' scene, with no-holds-barred attention to detail. 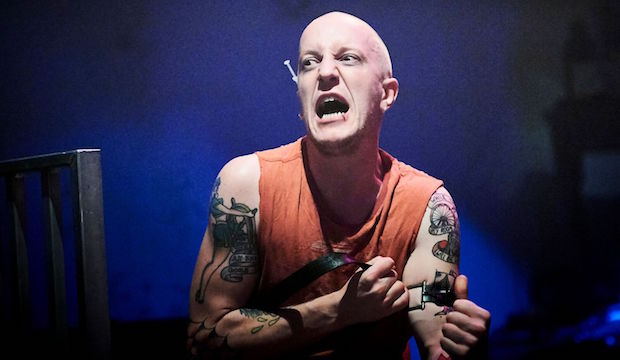 The set is, in a word, claustrophobic. On entering the stage area in the Vaults' Smiths Arch, you walk straight into a thumping club scene, where our lead cast guide you to your seats as they dance around you with glow sticks, gurning and rolling their eyes back and tripping over their own feet in what does very well to make you feel like you actually are in an Edinburgh rave.

The sound of the production hits all the right notes. The booming 80s trance-rave soundtrack is interspersed with hits from Danny Boyle's soundtrack, the legendary Born Slippy NUXX from Underworld, and more solemn sounds like The Smiths' Sing Me To Sleep. It's the music and lighting which really hits home in the most tense moments, Tommy's undoing as the grip of Heroin takes over being one of the more memorable instances. 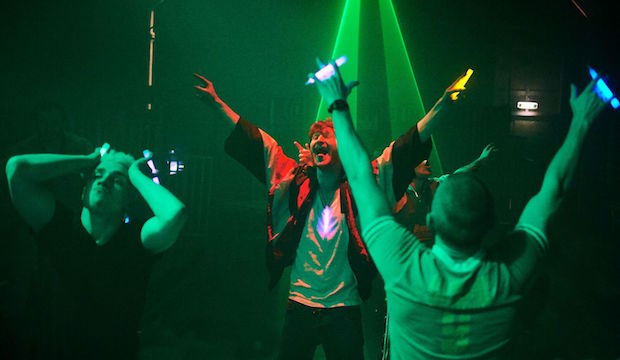 Costumes are naturalistic and minimalist, perfectly reflective of the down-and-out clan we follow, as is the staging. It's simple, the set is dressed with a mere worn-down sofa, the rest is up to, well, you. The cast move in and out of the audience, talking to us, using us as props with no regard for proclivity for prudishness or personal taste. If you're sat in an unlucky seat, of which there are plenty, you might have bare buttocks in your face, you might be up close and personal with a needle-injecting addict, you might be used as an armchair for our band of merry misfits. Director Adam Spreadbury-Maher has done a phenomenal job in making this stomach-able, if not quite the right word.

This might work less well if the actors weren't so incredibly talented and endearing as a troupe. They manage to make us laugh at the same time as feeling terribly sorry for them, we can question their more reprehensible behaviours at the same time as giggling sadistically at the way in which they justify their actions, all the while feeling as if we shouldn't be. These are characters we can relate to, and the cast of early 20-something Scottish actors do phenomenally well to engender in their audience a whole range of emotions towards them. It's true, they are playing the characters we know and love from the film, rather than necessarily adding anything new (the combination of Spud and Renton's characters sat somewhat uneasily until it becomes clear what the producers have done) but they do such a good job of it that it doesn't matter. 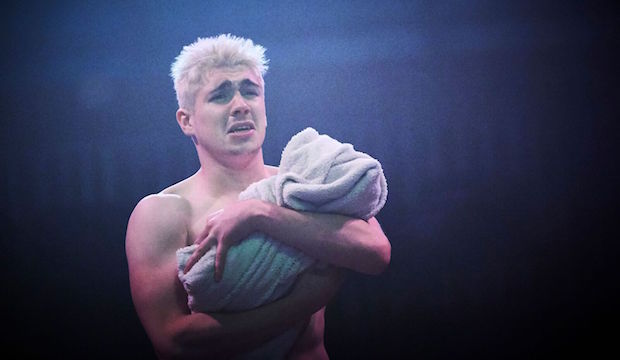 It's really the feel of the production which makes it so special, it puts you in amongst the action and immerses you in the humanity of the characters who guide you through the story. We are with them, not watching them as a passive viewer. The audience goes to the rave, we feel the spray of Begbie's vitriolic spit as he chases his next victim, we can practically smell the stench of the foul dirt-laden flat where our friends congregate, and we see all the hairs on the backside of our anti-hero as he washes himself off from an uneasy night in the midst of the audience. It's part foul, part black comedy and part heartbreaking, but then you don't go to see Trainspotting for an easy ride.

If controversy, sex, drugs and 80s trance aren't enough to woo you to this vigorous and controversial performance of one of the 20th Century's most popular stories, Irvine Welsh's comments at the Edinburgh Fringe performance of the show surely will, he was "shocked, and I wrote the f*cking thing!"

This play is not suitable for children. 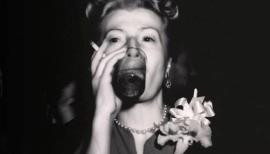