The creatives behind 2017's sellout immersive production of The Great Gatsby return to The Vaults with a new Peter Pan-inspired musical. Neverland premieres as as part of VAULT Festival 2018, an eight-week showcase of the boldest comedy, cabaret and theatre.

In a 'dark and dangerous' reworking of J.M Barrie's beloved story of the boy who refused to grow up this new musical also draws on elements of Barrie's own life, as told in 2004 film Finding Neverland. And instead of merely telling the story, Neverland takes audiences into a new world.

Lose yourself and find your inner child on a journey through Neverland, with live music from a band of Lost Boys. Hunt a lion, meet mermaids and beware of pirates. The subterranean performance space beneath Waterloo station has been re-imagined as a mystical land with no rules. There is no set, singular narrative; stories are scattered through different spaces in a series of tableaux.

The multi-talented cast sing, dance and play instruments, bringing the new musical to life with plenty of energy and some impressive vocals. As you all watch a performance in the main space, the Lost Boys beckon smaller groups to come and explore the lagoon, treehouse and forest to delve deeper into the story. The narrative itself is rather muddled - Barrie's own life, the impending war and themes of loss fail to fit into a comprehensible story-line. But thanks to the talented cast and some imaginative staging, it's atmospheric enough.

Culture Whisper is offering pairs of free tickets to the Neverland Lates to Gold Whisper members. The Lates is an after-party that follows the show on February 2nd or 3rd, from 10.30pm - 3am. 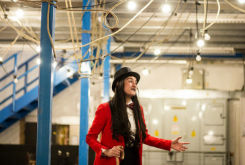 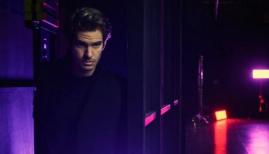