The Half God of Rainfall, Kiln Theatre

Playwright Inua Ellams swaps barber shop for basketball court with his latest play: The Half God of Rainfall

The poet and playwright’s latest play follows Modupe, a woman whose beauty draws unwanted attention from Greek and Yoruba gods. Her son Demi, who is half Nigerian mortal and half Greek child god, has been bestowed with an unusual set of powers: when he’s angry, it rains; when he cries, the river banks burst. Demi’s powers reach new heights when he first takes a shot on the local basketball court. This sparks the wrath of Zeus and, with the deities of the land awakening, Modupe must take matters into her own mortal hands to protect her son.

This is the world premiere of The Half God of Rainfall. The play is being directed by Nancy Medina and is transferring to the Kiln Theatre from Birmingham Rep. Rakie Ayola, whose previous stage credits include Harry Potter and the Cursed Child, is playing Modupe, and Kwami Odoom, who was previously in Ellams’ Barber Shop Chronicles, stars opposite her as Demi.

Weaving poetry with storytelling and ancient mythology, The Half God of Rainfall transports its audience from a tiny village in Southern Nigeria to the furthest reaches of the galaxy and beyond.

The Half God of Rainfall, Kiln Theatre 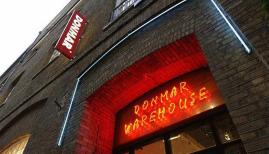