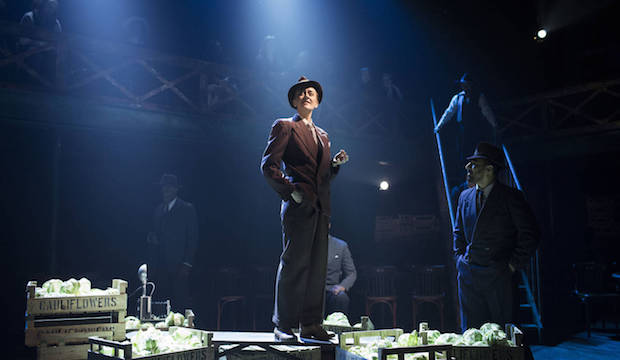 True to its period and location, this staging features speakeasy-style seating and an old-time microphone that dangles into the middle of the stage like bait on a massive fish-hook. (The mic is then dropped in every conceivable dramatic sense.) Tables and chairs are arranged around the great empty space of the stage, and at times it’s hard not to imagine you’re watching a real mobster brawl in the middle of a real bar.

This intimacy makes it easy to haul audience members onstage to play corpses and generally participate in reinforcing the passive docility with which we accept authoritative leadership. Arguably, the audience participation can at times distract from the politically charged dialogue – it’s an interplay that spotlights the relationship between orators and listeners, and the bravado and performance skills required to captivate the masses. The showmanship of politics, in other words, that distracts from the bigger picture and allows demagogues to rise to power. 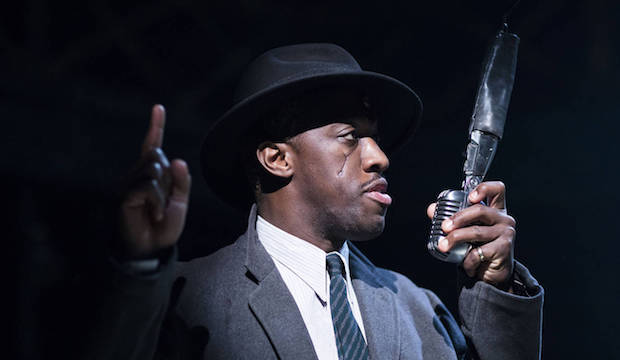 The Resistible Rise showcases the techniques and qualities needed for fascist leaders to succeed: intimidation, scapegoating, media manipulation and dealing in the currency of faith – the kind of faith that marginalises reality and drives people to begrudgingly accept the ‘fact’ that cauliflowers should be protected with machine guns and armoured cars.