Michael Longhurst begins his tenure at the Donmar Warehouse with a timely revival of David Greig’s 1994 play, Europe

1 CW reader is interested
Europe, Donmar Warehouse review 3 Europe, Donmar Warehouse review Yoseph Kiflie
David Greig’s Europe first premiered at the Traverse Theatre, Edinburgh in 1994, but Michael Longhurst’s opening production as Artistic Director of the Donmar feels eerily relevant, as if it were written today. Set in a train station in a small and intentionally unnamed town, where trains no longer stop, Europe maps the rise of local, extreme fascism amidst a loss of jobs and growing resentment of migrants and refugees. 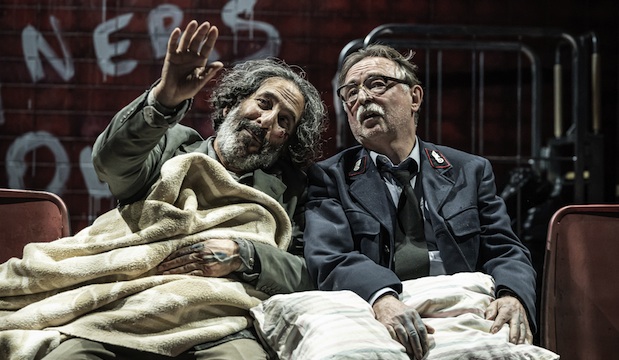 Faye Marsay’s Adele trainspots from the roof of the station where she works, longing to visit the romantic, picturesque places Europe is most known for. She falls in love with Katia, a refugee traveling with her father (Kevork Malikyan) to escape from her now non-existent country. Natalia Tena as Katia beautifully intertwines her hostile nature with a deep sense of caring for those around her, even when she feels her actions are only ever self-interested. Marsay and Tena’s scenes are the most captivating, carrying with them a sense of new romance that’s traveling in the same direction, but for two very different reasons. Lovely too are the moments between Malikyan and the station manager, Ron Cook, who bond over a passion for the railway and a strong sense of dignity.

Less compelling are the scenes between Berlin, Adele’s husband, and his friends Horse and Billy, who have all recently lost their jobs. Set in the town bar Calypso, they feel somewhat halted, resembling interjections that are never fully developed, a sense only emphasised by the bar stools being wheeled on and off the stage. As Billy chooses to leave the small town in hopes for a better future, Horse and Berlin grow angrier and target their rage on recent immigrants. It culminates in a violent and hateful crime that marks the town forever. 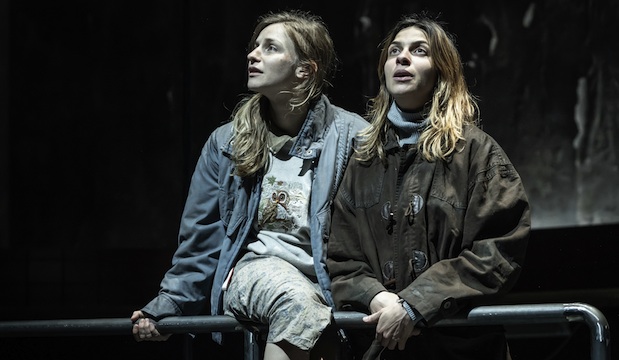 Greig’s writing is nuanced and articulate, although occasionally tries to do too much. Each act begins with a chorus voicing the concerns of the town, but these scenes jar with the tone of the rest of the piece. And at the play’s most climactic point, Berlin suddenly speaks directly to the audience, clunkily explaining the importance of that night on the town’s history.

Still, Greig’s Europe is a considered and at times profound meditation on the myth of European unity. It’s a smart and clearly pertinent revival of an intricate play that unpicks what ‘Europe’ means to its inhabitants, a question that is undoubtedly at the forefront for today’s audiences. 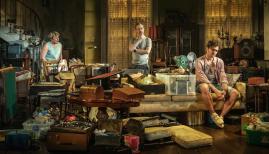