The one-off show is comprised of seven newly written responses to the shifting additudes surrounding rehabilitation and wellness. Ranging from monologue to spoken word to song, they come from a notably starry panel of writers.

Contributors include Lena Dunham, creater and star of HBO's hit series Girls and author of essay collection Not That Kind of Girl; Matthew Perry, who is best known for starring as Chandler Bing in sitcom Friends while undergoing a high profile battle with drugs and alcohol; Scarlett Curtis, co-founder of activist collective The Pink Protest and writer of Feminists Don't Wear Pink; performance poet and spoken word star Kate Tempest, and more. 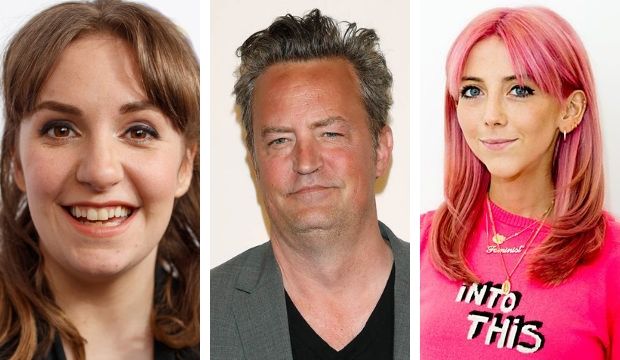 Along with contributing his own piece of writing, Russell Brand will also be performing some of the works, along other actors (still be announced). Since writing best-selling guide Recovery: Freedom from our Addictions, Brand has become one of the most voiciferous and compelling campaigners for mental health and drug rehabilitation. His hit podcast podcast Under the Skin and Netflix special Re:Birth cut through cliches and nicety to give candid, often bitterly funny, insights into the reality of recovery and wellness.

'I am honoured to have been asked to take over the asylum, albeit for one night only,' Brand says, promising a show that celebrates, explores and attacks preconpections of mental wellbeing and drug dependancy.

Though Cracked will play out on the big Old Vic stage, it will have none of the trappings of traditional theatre. With no props, scenery or supporting actors, the emphasis will be on just a single voice.

The combination of Russell Brand's fan base, the panel of starry writers, the affordable £10-15 tickets and a single night are likely to make Cracked a very fast sell. Be poised to book to avoid disappointment.