10 CW readers are interested
One for Sorrow, Royal Court Theatre review 4 One for Sorrow, Royal Court Theatre review Intern Culturewhisper
Terrorism, class, racial prejudices and family relationships are themes present in Cordelia Lynn’s new play One For Sorrow. It tells the story of a liberal, middle-class family in London who cautiously open their doors to a young British man of Middle-Eastern descent, John (Irfan Shamji), on the night of a terrorist attack which kills hundreds across the city.

After 20-year-old Imogen (Pearl Chanda) joins a hashtag campaign offering refuge to those caught up in the night’s horrors, she, her apprehensive parents and naive 19-year-old sister Chloe (Kitty Archer) put on a show of accepting their unlikely guest, but as the evening goes on – and John refuses to take off his coat, accept a drink or reveal the contents of his rucksack – suspicions grow amongst the family (and admittedly the audience) as to what role John has played in the events unfolding on the streets outside. 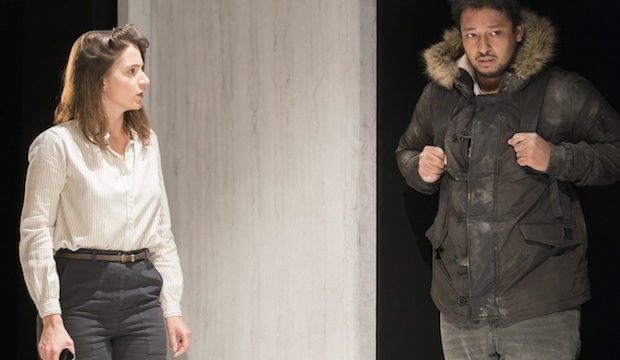 This is the world premiere of Lynn’s new play, following her graduating from the Royal Court's Young Writer's programme, impressing with Lela & Co in the Jerwood Theatre Upstairs and winning the 2017 Pinter Commission for play writing. Directed by James Macdonald, One for Sorrow is described by Royal Court artistic director Vicky Featherstone as a 'painfully astute exposé of liberal fear'. The narrative is Pinter-esque in how it sees a stranger penetrate and disrupt the dynamic of a home, yet at the same time, family frictions were already hanging in the air before John’s arrival in Lynn's story.

The language of One for Sorrow is poetic; Lynn's characters speak in rhetorics and repeat phrases throughout the play, resulting in the daughters frequently backtracking on whether they really mean what they've said. As a technique it's highly effective, tying into the wider theme that the family – and audience – live in a tight and rigid social construct they’ve been moulded to accept since a young age. The script is also funny, sharp and of-the-moment, and the family dynamic is often hugely relatable. Bill (Neil Dudgeon) gently mocks his daughters for their (typically millennial) overuse of the word ‘literally’, while they pick at him and mother Emma (Sarah Woodward) for what they perceive to be their lack of political correctness and tendency to patronise. 'We’re not girls, we’re women!' the sisters holler in unison. In one particularly moving moment, Bill openly describes how helpless he feels in his inability to shield his daughters’ young adult minds from the events unfolding outside. 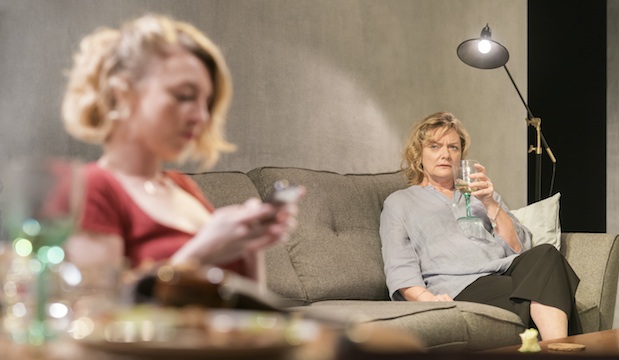 Laura Hopkins’ naturalistic positions the drama in a Scandi-chic home. It's also impressively adaptable; what appears at first to be a solid grey wall becomes a transparent window, allowing us to peer into the scenes of grief unfolding in different rooms of the house at the end of the first act. Later, inky cracks start to appear on the walls, making us question whether they, like the family’s underlying prejudices, were always there. Guy Hoare’s lighting plunges us into a humming club then into the darkness of the terrorist attack, working with Max Pappenheim’s soundscape of screams and gunshots to complete the chilling setting – evoking Paris’s Bataclan attacks and the Manchester Arena bombings.

All five performances are strong and believable, with each family member allowing us to relate to them at times yet recoil from their unlikable traits at others. The play culminates in a shocking moment that discloses just how skin-deep certain characters’ sympathies really are, but to divulge more would be to spoil the plot.

One for Sorrow, Royal Court Theatre 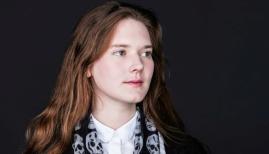