A spectacular genre-defying show that pays homage to the Japanese art of manga, Pluto is now showing at the Barbican Theatre

2 CW readers are interested
Bankamura/Cherkaoui Pluto Review 4 Bankamura/Cherkaoui Pluto Review Teresa Guerreiro
We can guarantee you won't see a more original and exhilarating production on the London stage this year. Pluto, brought to us by Japan’s Bunkamura Theatre Cocoon and Moroccan-Belgian choreographer Sidi Larbi Cherkaoui, is a visual feast that simultaneously offers plenty of food for thought.

The staging combines acting, dancing and fabulous puppetry with spectacular lighting and digital projections to create an eye-filling, constantly moving show that dazzles, surprises, amuses, and at times goes straight to the heart.

Pluto is an action-packed, but highly philosophical meditation on the differences and similarities between humans and robots, set in a future world where both coexist, though not always harmoniously. It is, too, an inquiry into love and hate and the devastating impact of conflict and war.

Pluto comes to us in the language of manga – the Japanese cartoons that are hugely popular the world over. So, much of the action happens against a backdrop of asymmetric rectangles, such as you would find framing the action in the pages of a comic strip; and the translations for the dialogue, spoken in Japanese, are projected onto those rectangles, rather like cartoon captions. 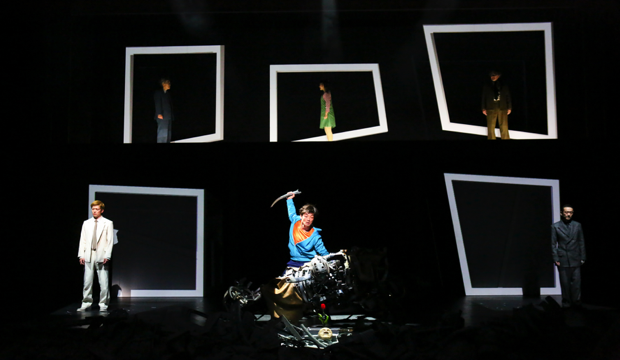 Pluto (c) Naoki Urasawa and Takashi Nagasaki, Tesuka production
It is a clever device, which makes the audience feel as if they’re reading a manga comic suddenly come to life.

The plot starts off in a deceptively simple manner: Inspector Gesicht is a super-advanced Europol robot charged with finding out who’s behind a spate of robot murders. To the serial killings of robots the murder of a human scientist is soon added. Gesicht's mission gets ever harder.

We also meet Atom. He, too, is a highly developed robot boy with much in common with humans. He has a sister, Uran, also a robot, but one who can sense sadness and emotion.

Atom was originally created by the pivotal author of Japanese manga, Osamu Tezuka, through his landmark series Mighty Atom, soon after the end of World War II when a defeated Japan lay in ruins. The character’s attraction derived not only from his action-packed adventures, but from his mission as a fighter for good and protector of humankind.

The contemporary creators of Pluto, Naoki Urasawa and Takashi Nagazaki, capture the spirit of Mighty Atom – or Astro Boy as the series became known in the West – and move the story on to encompass many modern day concerns.

So we are now well into the future, in the aftermath of the 39th Central Asian War where Persia – accused of having weapons of mass destruction – has been bombed practically into the stone age by The United States of Thracia.

In the second half, the plot suddenly becomes a lot more complicated. It becomes clear that what appears to be a pile of rubbish strewn along the front of the stage is the rubble of war mixed with the corpses of robots. New questions and concepts are constantly raised, making your mind work overtime in what is already a dense and long evening.

Pluto is not Sidi Larbi Cherkaoui’s first foray into manga. A known fan of the genre, seven years ago he created a dance piece, TeZukA, his homage to Atom’s creator; but this is the first time Cherkaoui directs as well as choreographs a full length theatre work.

He takes to it with verve and assurance, and he is beautifully served by the versatile and compelling performers of the Bankamura Theatre Cocoon.

The first night of Pluto was met with a rapturous and well-deserved standing ovation. You should beg, steal or borrow for a ticket! 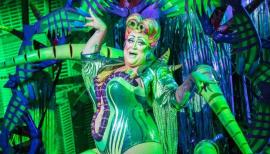 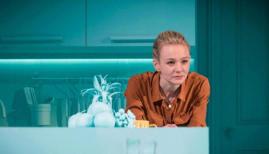