Olivier award-winning director Miranda Cromwell and BBC/HBO’s Industry star David Jonsson tap into the universality of grief in and breathe… at the Almeida Theatre.

A poignant frankness exudes from the stage of and breathe… the one-man show that centres on Junior, a 23 year old black British man who is deeply affected by the long held secret of Big Mummy, a much loved matriarch of his extended Nigerian family. Big Mummy’s debilitating cancer is only revealed to Junior and his family when it is too late, with Junior stating, “Big Mummy put more faith in God than the NHS”. Junior narrates Big Mummy’s final days in a hospice, her ultimate death and the family politics of the funeral, all the while baring his heart to the audience and inviting an excavation of his collage-like feelings of love, guilt and despair.

Junior’s complex relationship with masculinity quietly simmers below the surface of the show. Having been raised entirely by women, he divulges that he has learnt masculinity through his mother. Junior’s need to perform machismo suppresses his devastating grief when his four-year-old son asks if he is okay after receiving the news of Big Mummy’s passing. Although his uncle has been secretly crying non-stop about Big Mummy’s deterioration, at the funeral his uncle demands Junior does not cry as he is a man now.

Direction from Olivier award-winning Miranda Cromwell is deceptively simple, bringing her signature style of choreographed physicality to support Jonsson’s portrayal of Junior’s myriad family members. Jonsson is instantly at ease on stage, and brings a likeable dynamism to the role, never letting his foot off the gas in energy or earnestness.

There is at times some confusion as to who Junior is speaking to, and exactly who are the cohort of characters within his family. However, by the twenty-minute mark, the piece starts to hit its stride and there is more of an establishment of who is who.

Writer Yomi Ṣode’s poetic text carves out the deeply personal yet highly recognisable emotions one feels when experiencing the death of a loved one. Bouncing playfully from laugh-out-loud moments to scenes of spiralling despair, Ṣode has a lyrical sway with words, which is no surprise as he was recently shortlisted for the Brunel International African Poetry Prize 2021 and his debut poetry collection Manorism will be published in 2022 by Penguin Press.

The soundtrack to Junior’s world is created by multi-instrumentalist and composer Femi Temowo, who performs live, utilising keyboards, guitars, mixing decks and a finger-plucked Mbira. The music slides gracefully from smooth jazz to Nigerian Highlife lilts to Gospel piano,
with cheeky little interactions between Jonsson and Temowo punctuating the scenes and providing a lightness of touch throughout.

The themes of elders and children, secrets and lies, life and death swirl in a touching new work that shines a light on the visceral experience of familial love and loss. 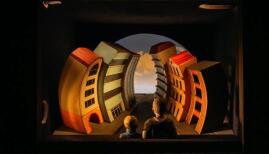 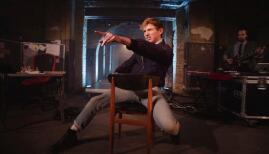