All of Us, National Theatre review ★★★★★

All of Us is an immensely moving, emotionally raw account of the consequences of cuts to disability benefits from writer, comedian and actor Francesca Martinez

Award-winning comedian, writer, and actor Francesca Martinez plays Jess, a therapist with cerebral palsy – she likes to describe herself as ‘wobbly’ – who has just had her personal independence payment (PIP) cut by the local council. This means she can’t drive to work, she can’t pay for her therapy room, and she can’t live the life she has worked so hard to build.

We follow Jess, her pregnant queer flatmate Lottie, and her snarky yet sassy crip friend Poppy as they try to repeal Tory MP Hargreaves’ devastating disability benefit cuts. Meanwhile, a slow-burning romance with Aiden, an alcoholic patient of Jess’s, starts to ignite. 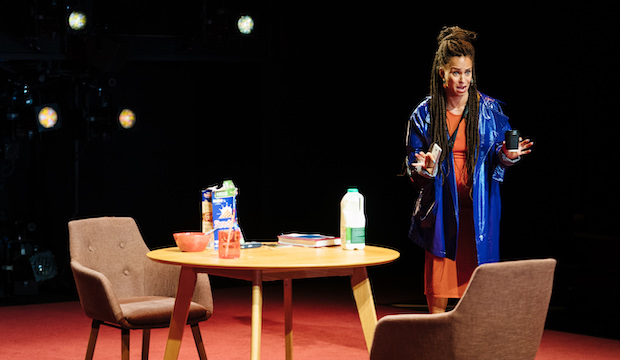 Crystal Condie (Lottie) in All of Us at the National Theatre. Photo: Helen Murray

Crystal Condie is flustered yet likeable as Lottie. There is an outstanding performance from Francesca Mills as Poppy – swinging from hilarity to rage in a heartbeat. Michael Gould is flawlessly cast as the inhumane Hargreaves. Bryan Dick brings fluctuating levels of moodiness and angst to the addict Aidan.

But the star performance comes from Martinez as Jess: whip-smart, laugh-out-loud funny, humble, troubled and everything between. It helps that Martinez wrote the part for herself, but it does not diminish her seamless acting and immediate connection with the audience.

Ian Rickson, famed for his artistic directorship at the Royal Court from 1998 to 2006, directs the show with a lightness of touch. The staging is simple to let the text ring out. At no point do you feel he has imposed his ideas on what disability is like, but has instead acted as a bastion for Martinez’s words.

At times the acting can be a little stilted, as if you can hear the script being read aloud, but on the other end of the spectrum the acting is super charged, bursting with intensity, integrity and intimacy. 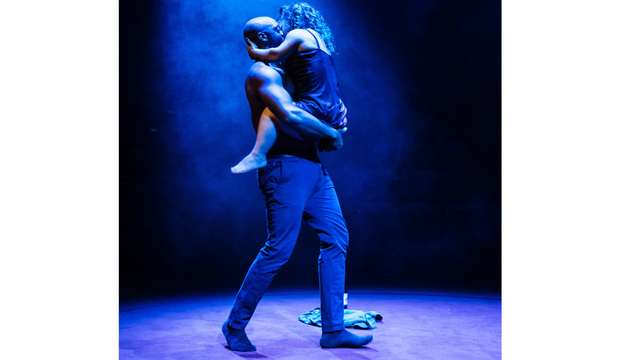 Oliver-Alvin Wilson (Dom+Bob) and Francesca Mills (Poppy) in All of Us at the National Theatre. Photo: Helen Murray

It’s almost unheard of to see disabled people discussing or engaging in sex on stage (or on TV for that matter) so it is genuinely taboo-breaking to present a person of small stature engaging in verbal and physical foreplay with (in this case) a hench able-bodied mechanic. The result is startling. But of course, there is nothing wrong with two consensual adults engaging in sexual desire, and this scene underlines the fact that – contrary to popular opinion – disabled people have the same sexual needs and wants as anyone else.

The show is way too long at three hours. It could be that those facilitating the editing process were nervous to cut the words of a disabled playwright, which could be seen as muting her voice. But with careful, incisive cuts the show could elevate itself to be even more heart-warming and heart-breaking than it currently is. There are several clichés inserted which dull the uniqueness of the story, and some unnecessary scenes take away from the driving action. 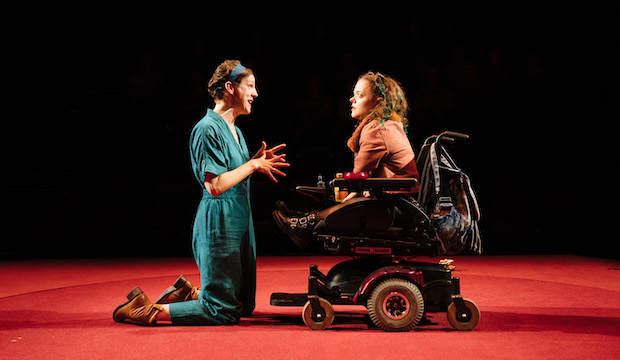 Francesca Martinez (Jess) and Francesca Mills (Poppy) in All of Us at the National Theatre. Photo: Helen Murray

It is terrific that the National have programmed this piece, but with over 20% of the British population identifying as disabled, this is the first NT play in recent times that is disability-led. Once again, minority voices are presented on their smallest stage.

It is excellent that All of Us is shining a light on the complex, challenging and joy-filled lives of modern disabled people, all through a hilarious yet vulnerable gaze; but there need to be more plays programmed with disabled creative teams that are allowed to explore more than just the sole topic of disability.