2 CW readers are interested
Holy Sh!t, Kiln Theatre Holy Sh!t, Kiln Theatre Lucy Brooks
After an extensive refurbishment West London's Tricycle Theatre is reborn as Kiln Theatre. Artistic Director Indhu Rubasingham turned the Trike into a serious destination for quality fringe theatre with a reputation for community engagement and creating hits that go on to impress on the West End. These same values shape the inaugural season at the newly-named Kiln Theatre, which includes six premieres and musical revival.

First up is a dark zeitgeisty comedy from up-and-coming playwright Alexis Zegerman, who has impressed audiences the Young Vic, Royal Court and judging panels for a handful of theatre industry awards.

Holy Sh!t pokes fun at an issue that will resonate with plenty of Londoners. Simone and Same want the best possible education for their daughter, and that means securing her a place at the popular Church of England school. Juliet and Nick are happy to share their expertise in working the system to guarantee a place.

But soon the parents are at loggerheads, as faith, friendship and family are caught up in the fray for school places.

Head of Kiln Theatre Indhu Rubasingham, who showed a flair for lively comedy in the National Theatre production of The Motherf**cker with the Hat, directs this acerbic new play. 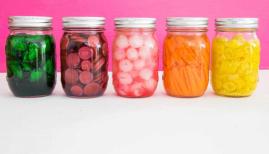