2 CW readers are interested
Cruise, Duchess Theatre review 4 Cruise, Duchess Theatre review Holly CW
Actor Jack Holden got his big break straight out of drama school, playing the lead role of Albert in the National Theatre’s long-standing production of War Horse. Since then, he’s gone on to enjoy stints on major stages, including with the RSC and Almeida Theatre. But it’s an experience Holden had while volunteering for Switchboard, the LGBTQ+ Listening Service, that inspired his first foray into writing. Cruise is based on Holden's real-life conversation with Michael Spencer, a survivor of the Aids crisis, which ravaged the LGBTQ+ community in the 1980s and 90s.

Following a virtual premiere at Shoreditch Town Hall back in April, the 90-minute play has transferred to the West End’s Duchess Theatre where it’s showing to a live, socially distanced audience.

It’s Soho, 1988. Michael has reached the end of a four-year prognosis after contracting HIV. The virus has already sounded the death knell for his partner Dave. With the clock ticking, he’s heading out to bid farewell to friends, allies, exes and his favourite old haunts. But after getting his affairs in order and spending what little he has left on drinks and drugs, Michael manages to survive. This raises the question: what should he do with his life now? 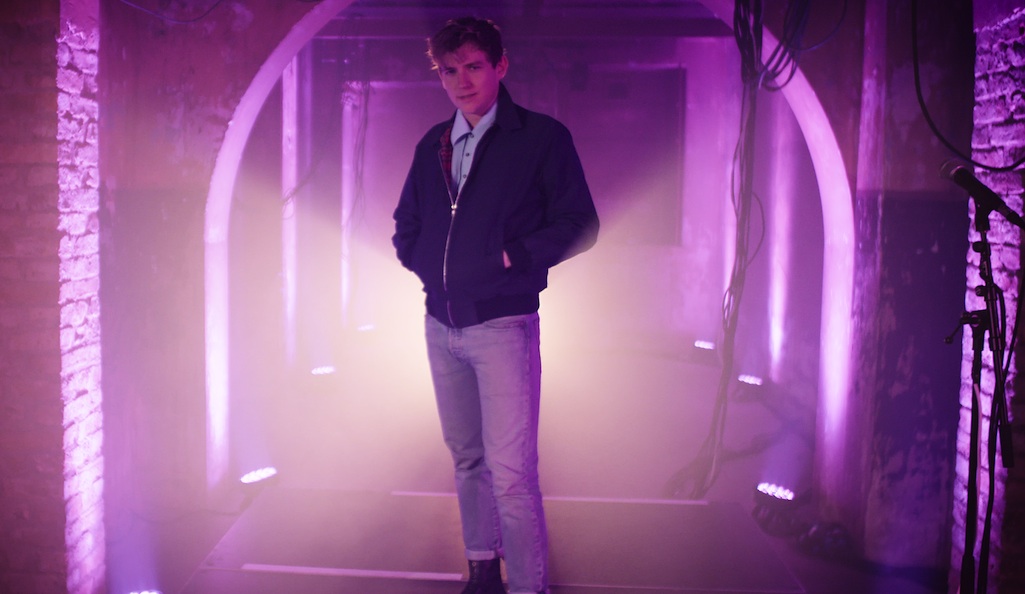 Through deliciously detailed descriptions and a rich catalogue of voices, Holden paints a gaggle of alluring characters, colouring in these figures and the nightlife around them with heartfelt nuance. He seasons the devastating subject matter with pinches of black humour. You’ll laugh more than you’ll cry and this is Holden’s intention: to position Cruise as a celebration of the queer culture of the time as well as a tribute to those who lost their lives.

The narrative flits between past and present, prose and poetry, with Holden playing himself as a fresh-faced 22-year-old phone operator as well as the focal part of Michael, a veteran of the crisis.

Like Russell T Davies’ phenomenal televised take on the crisis, It’s a Sin – which thrust the Aids epidemic back under the spotlight at the start of 2021 – Cruise captures the electric energy and joyous vitality that preceded the devastation. Taking the audience on a journey through the backstreets of Soho, it memorialises the bars and characters that made London’s gay scene the underground sanctity it was for the LGBTQ+ community in a time when despite being legal, homosexuality was largely frowned on by mainstream society. 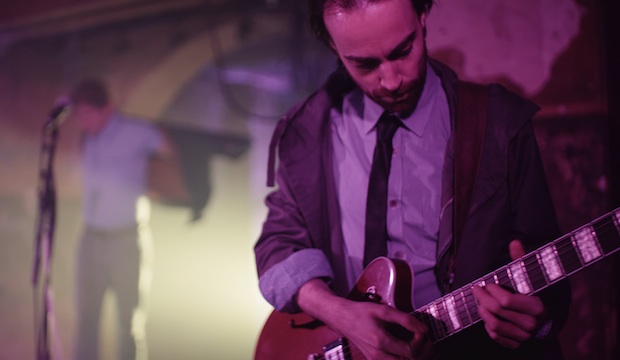 While billed as a one-man show, Cruise is steered by the direction of Bronagh Lagan (Broken Wings, Theatre Royal Haymarket; The Adventures of Pinocchio, Ambassadors Theatre) and pivotal musical accompaniment by composer and multi-instrumentalist John Elliott. The latter, encased in a technical booth surrounded by musical equipment, is in prominent view above the stage. This offers welcome opportunity to gape at his impressive showmanship on keyboard and guitar riffs, and witness his musical wizardry as he melds sounds from the stage into a complex soundscape underlined by steady, thudding club beats.

Between Elliott’s 80s-inspired soundtrack and Holden’s brief but haunting snatches of song, you can imagine that, had the two decided to collaborate on a musical version of Cruise, it would have made for equally spectacular viewing.

Nik Corrall’s set packs a lot onto a small stage: a skeletal frame of an office becomes a cage-like structure of a dance floor. Neon strobes, puffs of candied smoke and flashing lights courtesy of lighting designer Jai Morjaria evoke a nightclub atmosphere many are mourning the loss of right now.

This is not the first time the Aids crisis has been dramatised on the West End stage. Tony Kushner’s 1991 Pulitzer prize-winning play Angels in America and Matthew Lopez’s 2018 Aids drama The Inheritance are two impactful examples – both lengthy and utterly compelling, but focused on the American (and specifically New York) experience of the epidemic.

Holden’s drama revives the queer scene of 80s London, and while focusing on a smaller, singular lived experience, it’s his aptitude for vivid storytelling that should, in time, render Cruise among the great dramatisations paying homage to the generation of gay men lost to the virus.

One or two-man shows remain relatively safe commissions in this fragile reopening period, when at any moment, theatres could be forced to shut down again with little or no notice. But smaller doesn’t mean lesser. Through Cruise, Holden proves that with impactful storytelling and a powerful performance, a little can achieve a lot.