Act and Terminal 3, Print Room at The Coronet

Drawing on the Scandinavian tradition of dark realism, Norén's combines the theatrical precedent set by August Strindberg at the turn of the century with contemporary Nordic noir. The duo of plays, translated from Swedish by Marita Lindholm Gochman, gives London opportunities a chance to get to know Norén's work.

Act is an exploration of morality and faith set in the near future. As America recovers from a second civil war, a woman is imprisoned for charges of terrorism. When she goes on hunger strike, she must be examined by a doctor in this brief but powerful play.

Then narratives entwine in Terminal. In the same place there is a young couple awaiting the birth of their baby and parents preparing to identify their son's corpse. The audience are invited to consider the impact birth and death have upon parental relationships.

Act and Terminal 3, Print Room at The Corone 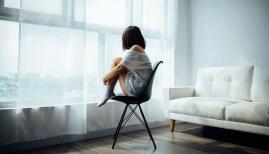 How to develop a healthy routine in lockdown