Timothée Chalamet is a young actor on his way to world domination. And now he's coming to the London stage.

Since an exquisitely tender performance as love-struck Elio in Call Me By Your Name, Chalamet has become a Hollywood darling, beloved by fans and critics alike. Subsequent roles in Beautiful Boy, The King and Greta Gerwig's Lady Bird and Little Women adaptation prove that Timothée fever is rooted in prodigious talent and a shrewd ability to pick a hit.

Aside from a role in Prodigal Son at Manhattan Theater Club, Chalamet is new to theatre. He makes his UK stage debut at The Old Vic in a production of Amy Herzog's Pultizer Prize nominated drama 4000 Miles.

Head of The Old Vic Matthew Warchus, who directs the production, says: 'Amy Herzog is one of my favourite living writers – she writes with a deceptively powerful simplicity, full of extraordinary grace, precision and radiance. I’m very much looking forward to working with this exceptional cast on her gorgeous play which abounds with intimate beauty and truth.’ 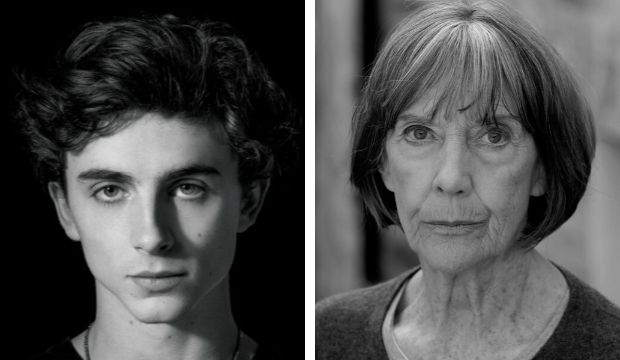 Chalamet plays 21-year-old Leo, who plans to spend the summer cycling across America with his best friend, starting from the West Coast. For weeks nobody hears anything from Leo. Then, to everyone's surprise, he turns up in Manhattan, knocking on his grandmother's door at midnight.

Seasoned stage star Elieen Atkins plays 91-year-old grandmother Vera, who finds her own grief colliding with that of her grandson. Together in a shabby Greenwich Village apartment, a man at the beginning of his life and a woman at the end of hers find an unexpected connection.

When 4000 Miles opened Off-Broadway in 2011 The New York Times described it as 'funny, moving, altogether wonderful'. And there's no doubt the show will make a splash in London: Timothée Chalamet has a legion of fans, who will flock for the rare chance to see him up close on stage. Be swift if you want a chance to get tickets.