And with 120 performances spread all over London, from orthodox venues such as the Peacock Theatre and the Barbican to newcomers such as Shoreditch Town Hall, there will be something within easy reach of everyone.

Among the artists from countries as far apart as New Zealand and Belgium, Greece, Italy, Finland and beyond are two of Culture Whisper’s very favourites.

Germany’s Familie Flöz perform with their faces hidden behind papier-mâché masks; and yet through their body language are capable of transmitting an almost infinite range of emotions from comedy to pathos, amusement, love, pain, wistfulness… 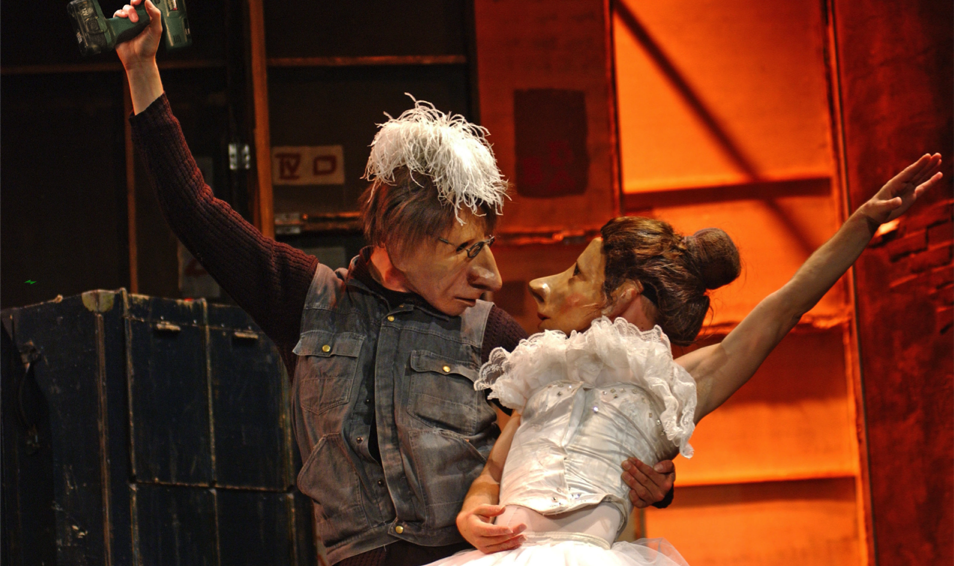 Familie Flöz bring their new show, Teatro Delusio to the Peacock Theatre and we can promise you’ll find it hard to believe there are only three actors behind the dazzling array of 30 characters they bring to life.

It should not be missed.

Another Culture Whisper favourite are Gandini Juggling, the ensemble that raised the once humble craft of keeping things in the air to a new, previously unsuspected level of artistry. In honour of the Festival’s 40th anniversary, Gandini Juggling have refashioned their hugely successful, anarchic hit Smashed.

In Smashed: Special Edition, the cast is increased to 17 of the world’s greatest jugglers performing nostalgic, filmic scenes with hundreds of apples and crockery galore, which hint at tense relationships, lost love and the quaintness of afternoon tea.

For the rest, you can opt for your own individual miniature puppet show with the Nordic Puppet Ambassadors from Finland, whose 15 minute show at the Southbank Centre - Only One Suitcase Allowed - is a fusion of object theatre and live installation for one spectator at the time.

Or you can go for a duo of dancing hands - yes, really! - with Kiss & Cry brought to the Barbican by Charleroi Danses (Belgium): a potent story of love and loss in ravishing miniature landscapes.

Or indeed, so much else in between!

See Sidebar for a link to the full programme of the coming London International Mime Festival.