Hear from superstar chef Ottolenghi as he delves into the inspiration for his new book, Flavour, in a talk at Union Chapel

Ottolenghi: A Life in Flavour, Union Chapel Ottolenghi: A Life in Flavour, Union Chapel Holly CW
Few things excite the appetites of amateur chefs like the opportunity to dive into a new Ottolenghi cookbook. Except, perhaps, the chance to hear first hand from the lauded chef, restaurateur and food writer. And, you can do just that: the celebrated Israeli chef is speaking live about his new book Flavour at Union Chapel in Islington on 10 September.

From the influence his upbringing has had on his cooking to the ingredients that excite him most, Ottolenghi is delving into his life in flavour and the journey that led to his becoming a chef, opening six delis and restaurants in London, and writing seven bestselling cookbooks.

You’ll learn about food pairings that are fundamental to taste, how certain flavours are dialled up for culinary bravado, and you'll take away heaps of inspiration for your own home-cooked feasts, too.

Co-penned by fellow chef Ixta Belfrage, Flavour is all about getting the most out of everyday vegetables. The book is being published on 3 September, a week before the talk, at which Ottolenghi will be signing copies. 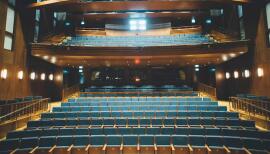 The best talks to watch or listen to online