We handpick the highlights of the upcoming London Literature Festival, IRL – yes, you read that right – at the Southbank Centre this October

1 CW reader is interested
London Literature Festival 2021, Southbank Centre London Literature Festival 2021, Southbank Centre Lydia Bunt
The capital’s leading book festival is back and it’s in person – with selected virtual and hybrid events broadening its accessibility. Head to the Southbank Centre from 21–31October to catch some of today’s most dynamic voices reflecting on friendship and celebrating the magic of human connection after over a year in which it was limited. The festival looks to Sally Rooney’s debut novel Conversations with Friends for inspiration, curating a diverse programme that probes topics such as modern love in its myriad forms, the value of community and the impact of social media. From podcasters to prize-nominees, politics to poetry, it’s all here in the glorious flesh. 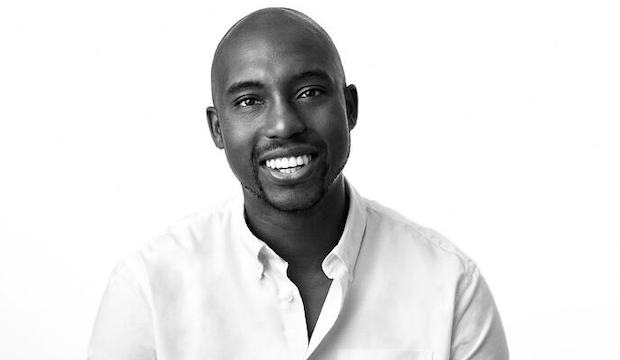 Common Ground: Friendship in the City of London
WHEN: 21 October l 7.45pm

Three debut authors, Caleb Azumah Nelson, Naomi Ishiguro and Vanessa Onwuemezi, discuss how relationships forged in London are influenced by pressures intrinsic to the city. Nelson’s debut novel Open Water is a soulful love story involving two young people trying to make it as artists, which begins in a pub in south-east London. Ishiguro’s novel Common Ground portrays a friendship that crosses lines of class and background, and Onwuemezi’s hallucinatory short story collection unfolds in a landscape of urban alienation, where the border between dream and reality dissolves. These young writers are tipped for greatness, so catch them now, at the start of their careers. 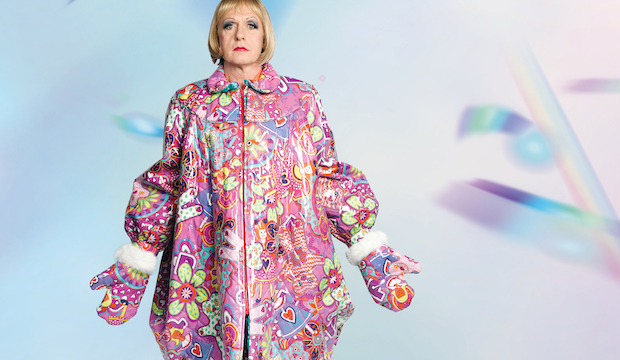 As one of Britain’s foremost artists, Grayson Perry has shaken up the establishment and given us a fresh perspective on class, gender, art and identity. The Turner Prize winner has created a chapel to his home county with A House for Essex, explored the American Dream in the Channel 4 mini-series Grayson Perry’s Big American Road Trip and investigated Britain’s taste tribes in All in the Best Possible Taste. More recently, he brightened up lockdown with Grayson’s Art Club. Despite all this, he’s just another normal person wondering what the point of it all is. Here’s a chance to see him thrash out the meaning of life, as existentialism gives way to absurdity. You’ll leave ‘safe in the knowledge that nothing really matters anyway’. 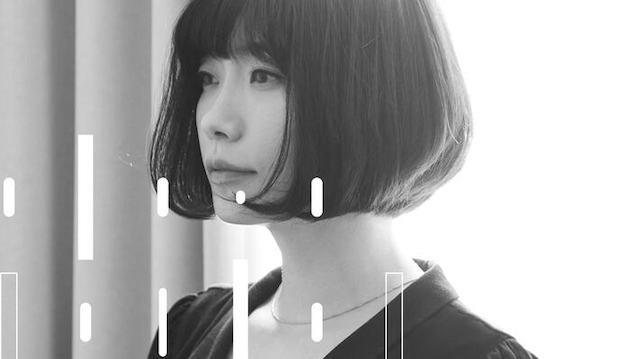 Japanese literary star Mieko Kawakami achieved international fame with her bestselling novel Breasts and Eggs. Now the London Literature Festival presents her most recently translated novel, Heaven, the story of an unlikely friendship that develops between two teenage misfits who are the victims of sadistic bullying. In this inventive live reading staged by Jack McNamara, Artistic Director of Live Theatre Newcastle, two actors are accompanied by Guardian-tipped Japanese vocal performer Hatis Noit, who has performed across Europe and is finishing a studio album to be released in 2021/22. 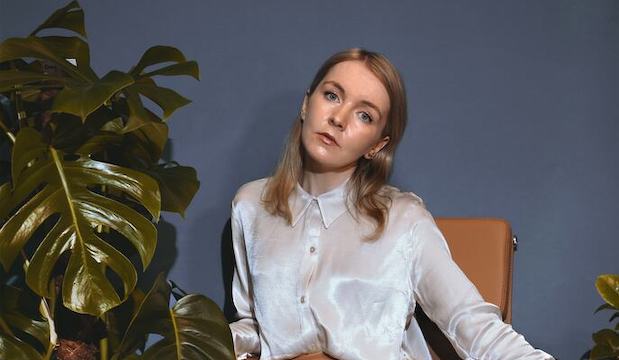 The Disconnect: Friendship on Social Media
WHEN: 24 October l 1pm

Novelist Tahmima Anam and essayist Roisin Kiberd discuss how our friendships play out on and are shaped by social media. Tahmima Anam is the executive director of a music tech startup, an experience she drew on when writing her new novel, The Startup Wife. Roisin Kiberd is a tech writer and author of The Disconnect: A Personal Journey Through the Internet. Presenting honest and humorous vignettes, these two writers explore the strange duality of conducting relationships both on and offline, and ask whether being hyperconnected has actually improved the quality of the connections we make. 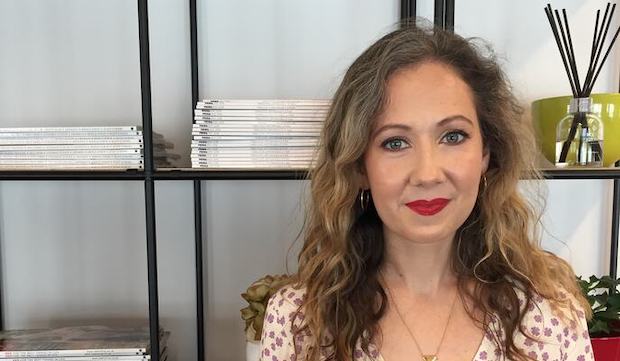 Conversations on Love with Natasha Lunn
WHEN: 24 October l 7:45pm

Natasha Lunn’s book Conversations on Love was born of her newsletter, in which she interviewed writers, thinkers and psychotherapists about their perspectives on love in its many forms. In this event, she and a panel comprised of the writers Tom Rasmussen and Bolu Babalola and the psychotherapist Charlotte Fox Weber draw on their experiences of friendship, marriage, sex and desire to address these key questions: how do we find love? How do we sustain it? And how do we survive when we lose it? 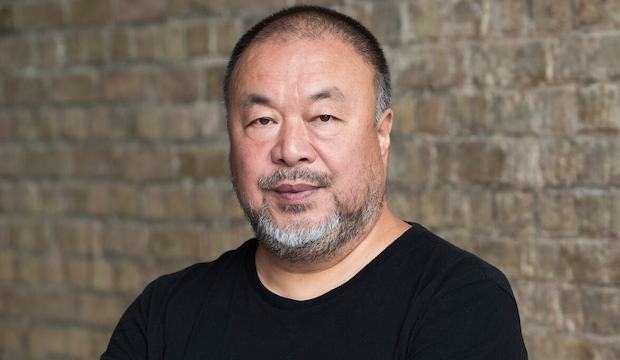 China’s most renowned living artist presents his new memoir, which traces his family’s story against the backdrop of a century of Chinese history. During the Cultural Revolution, his father, the poet Ai Qing, was branded a rightist, and the family banished to ‘Little Siberia’. Ai Weiwei took the difficult decision to leave them to study art in New York, where he befriended Allen Ginsberg and was influenced by Andy Warhol. Returning to China, he rose to become an internationally acclaimed artist and human rights activist. In this event he discusses his career, the making of modern China and the importance of protecting free expression. 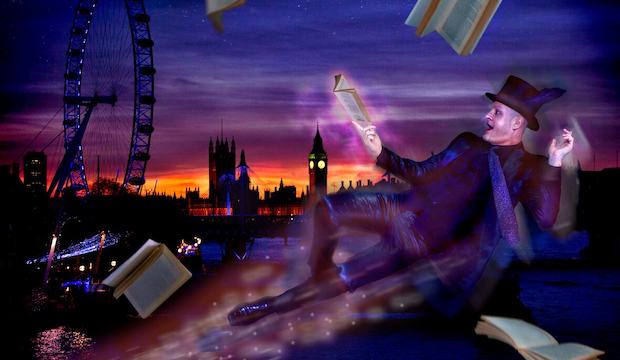 Author Paul Burston celebrates the most exciting new voices in LGBTQ+ literature in a series of live readings from the nominees for the UK’s only LGBTQ+ book awards, which evolved out of the Polari literary salon. This year’s judges are last year’s winners, Amrou Al-Kadhi, author of Life As A Unicorn, and Kate Davies, author of In At the Deep End, along with the authors Angela Chadwick, Rachel Holmes and VG Lee, the literary critic Suzi Feay, poet Keith Jarrett and Chris Gribble, CEO of the National Centre for Writing. Other performers include former Polari Prize winner Andrew McMillan and poet Nikita Gill. 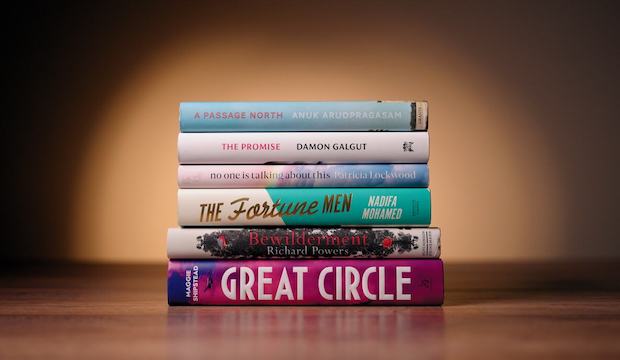 At this festival finale event, meet the six authors shortlisted for one of the world’s most prestigious literary prizes, ahead of the winner announcement in early November. The readings and conversation will be hosted by Kit de Waal, short story writer, editor of Common People: An Anthology of Working-Class Writers and co-founder of The Big Book Weekend. Damon Galgut, author of The Promise; Patricia Lockwood, author of No One is Talking About This; Nadifa Mohamed, author of The Fortune Men; Richard Powers, author of Bewilderment; Maggie Shipstead, author of Great Circle; and Anuk Arudpragasam, author of A Passage North will all – as with all other events – be signing books afterwards. 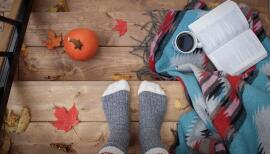 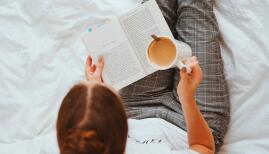